At Legacy Dairy, Allie, Eve, and Trudy are vital members of the milk-producing operation. But they’re not much for shaking hands or giving high-fives.

To better understand why, here’s a few more names of VIPs on this fourth-generation family farm: Tipsy, Cookies & Cream and Sundae. Oh, and you can’t forget about WiFi. Yup, you guessed it. They are the names of cows, not humans. That’s because Legacy Dairy says “every cow on our farm is a lady and we treat her as such!” You can check out photos of each one for yourself on the dairy’s website. 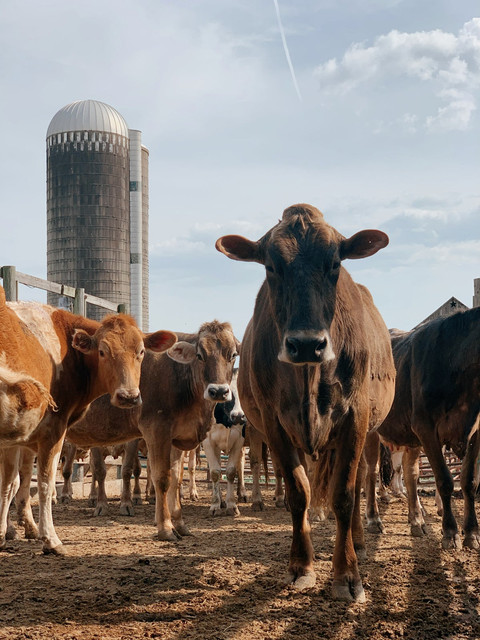 Legacy Dairy partnered with Market Wagon this spring to get their products to a much wider audience in both the Lexington and Louisville marketplaces. They’ve seen consistent growth through the summer months.

Beyond the ladies like Allie, Sundae and WiFi, the farm couldn’t operate without the Jones family who began a milking operation almost a decade ago. After a barn fire, Legacy Dairy began bottling their milk for sale in March 2020. As you can probably surmise already, each of the roughly 50 cows on the farm is named and loved from birth. 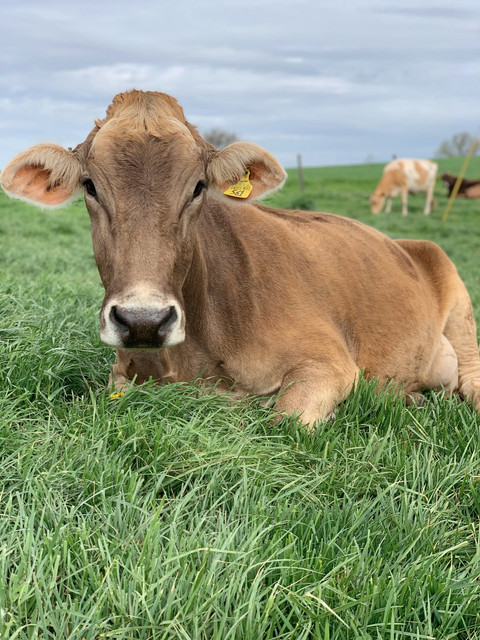 Legacy Dairy is one of three single-source bottling operations in the state of Kentucky and the only single source for creamline milk. That means the milk is pasteurized to kill any bacteria in the product but it’s not homogenized so the cream rises to the top.

All but one of the Ladies in the herd are Brown Swiss cows, a breed which gives the milk a rich flavor and creamy texture. A local restaurant refuses to use any other dairy product because they believe their recipes have never tasted better than when they use Legacy Dairy milk in them. 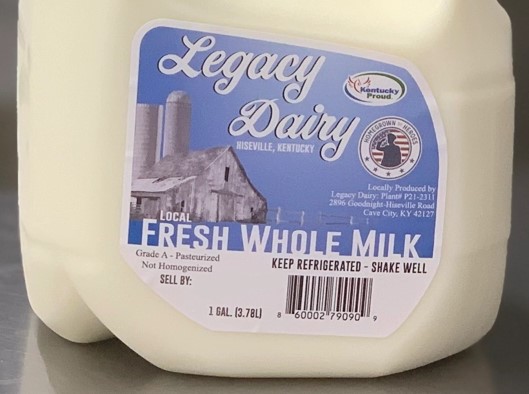 The legacy of Legacy Dairy goes far beyond milk though. There’s an official Homegrown by Heroes logo on every Legacy Dairy milk carton. That’s because Doug Jones was a Navy corpsman who saw active duty as part of Operation Desert Storm and the Gulf War. In addition to dairy farming, he’s a full-time diagnostic medical sonographer. Doug’s wife Genelle teaches kindergarten full time and has been doing so for the last 25 years. Daughter Ally does almost all the milking and just about everything else to keep the farm humming.

“Market Wagon has helped a lot to get our name out there, especially in Lexington," Ally said. "It’s even lead to us picking up some other customers around those markets as well.”

Legacy Dairy sells whole milk as well as chocolate milk in a variety of sizes on Market Wagon. While the milk is great in just about any dairy product, some fan favorites for the milk include gravy, dumplings and homemade ice cream.