Ryan Thatcher knew he wanted to serve his country since he was in high school and watched the Twin Towers fall on 9/11. From that day forward, he has wanted to aid those who are on the front lines. He joined the Navy Reserves as a nurse in 2014 as he was finishing his master’s in nursing.

Ryan has been mobilized twice. First, he went overseas in support of the war on terror, helping care for combat troops for more than 9 months. Then, in April 2020, during the earliest stages of the pandemic, he was mobilized to work at New York City’s Bellevue Hospital for 3 months. 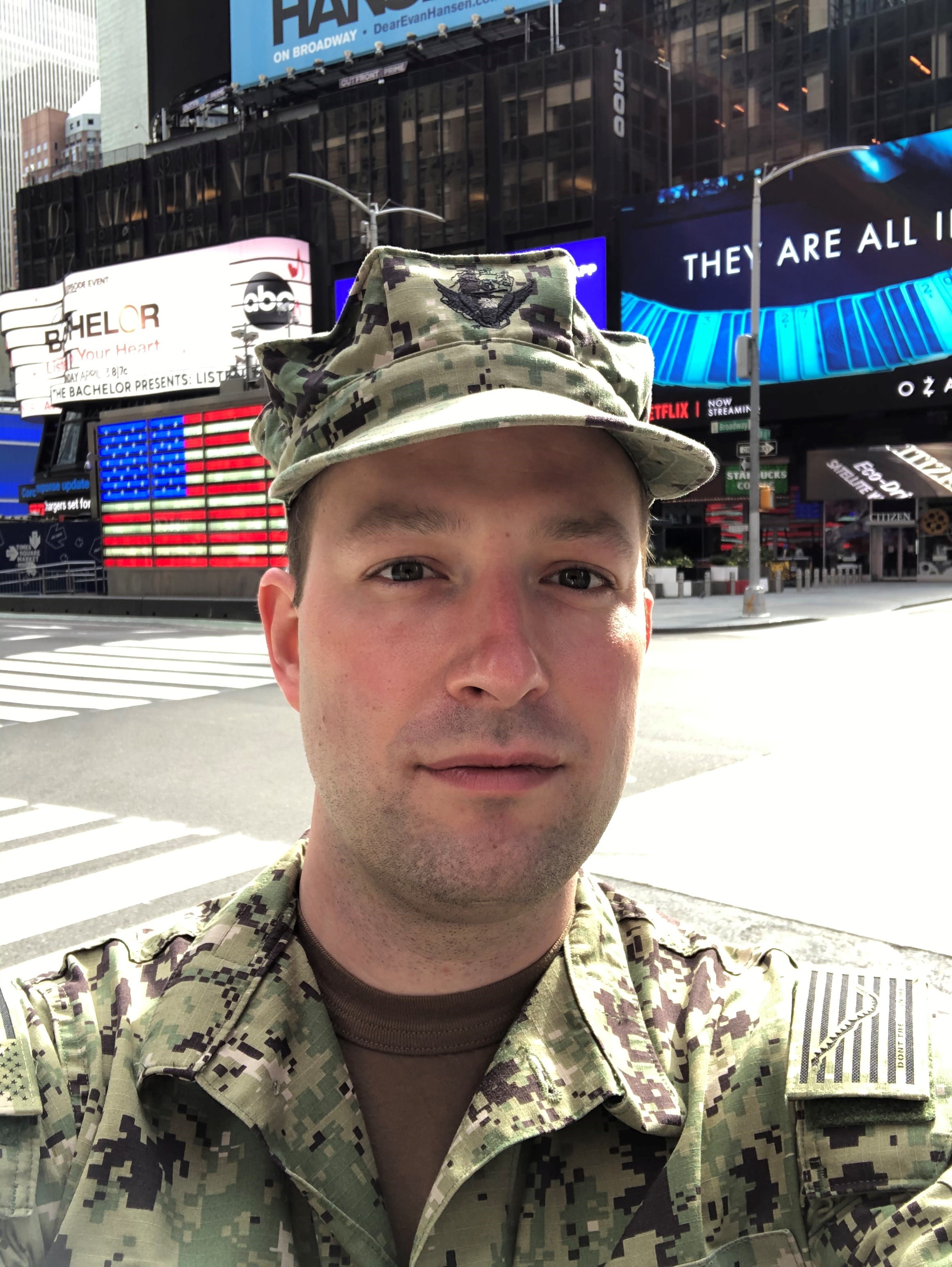 That same desire to help people motivated Ryan and his husband Christopher (who is also a nurse by trade) down the path to begin 2 Men & A Hen and eventually partner with Market Wagon. In fact, they see a strong link between connecting others with healthy food and saving people’s lives as nurses, especially when Ryan is deployed.

“I’ve always wanted to help people,” Ryan said. “This is how we help.” 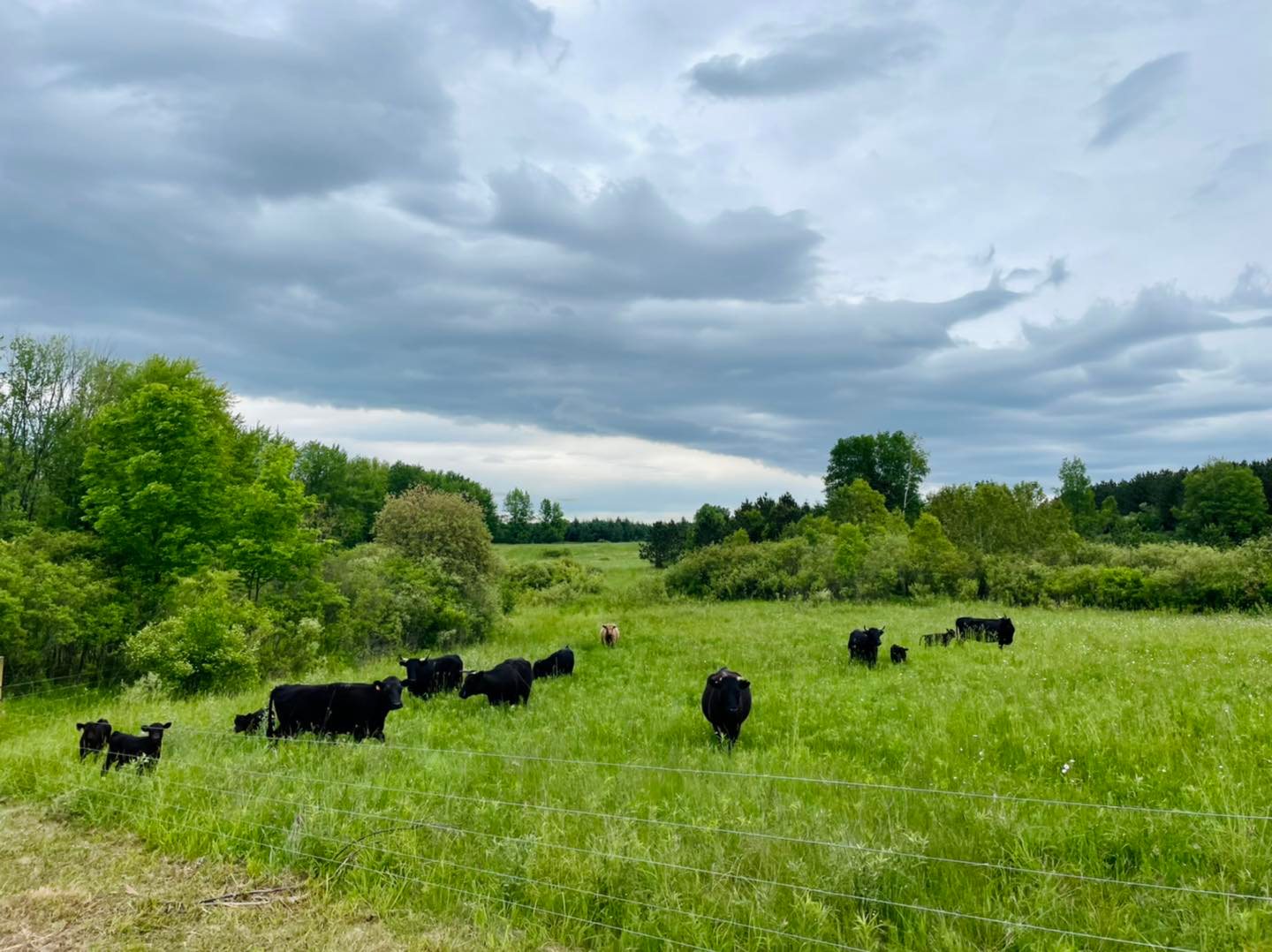 It all began when Ryan and Christopher wanted to enjoy a healthier lifestyle themselves. They soon realized it was difficult to get food that was not mass-produced but grown or raised at a local level.

“Food is healthier if it walks on grass. There are so many more micronutrients and macronutrients if it’s done right,” Ryan said. 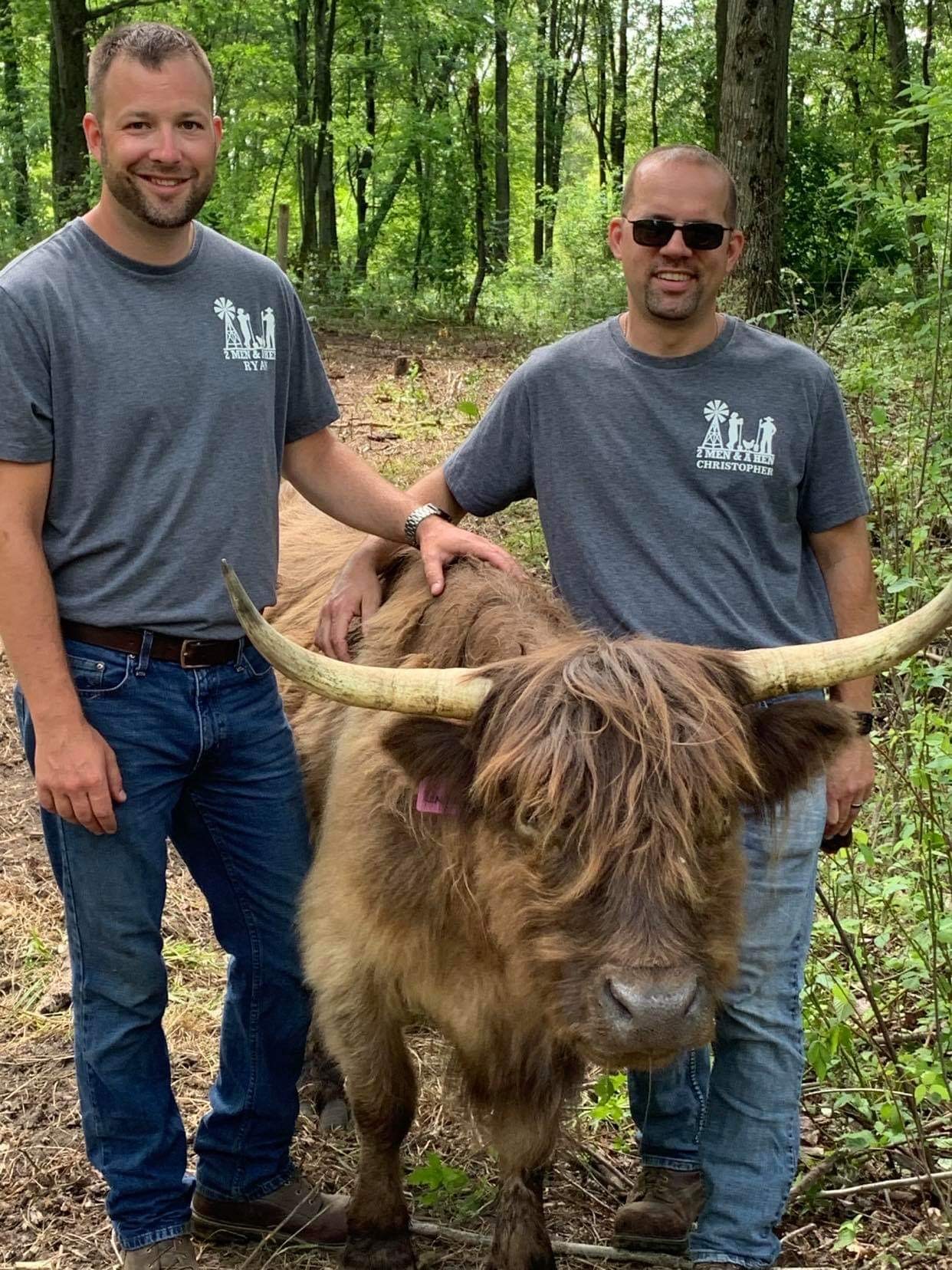 They started small, with just a few hens and their own garden.

But things kept growing. In 2017, the Thatchers bought 40 acres of land to start a small hobby farm. But when nearby acreage became available, they couldn’t say no to a big expansion. 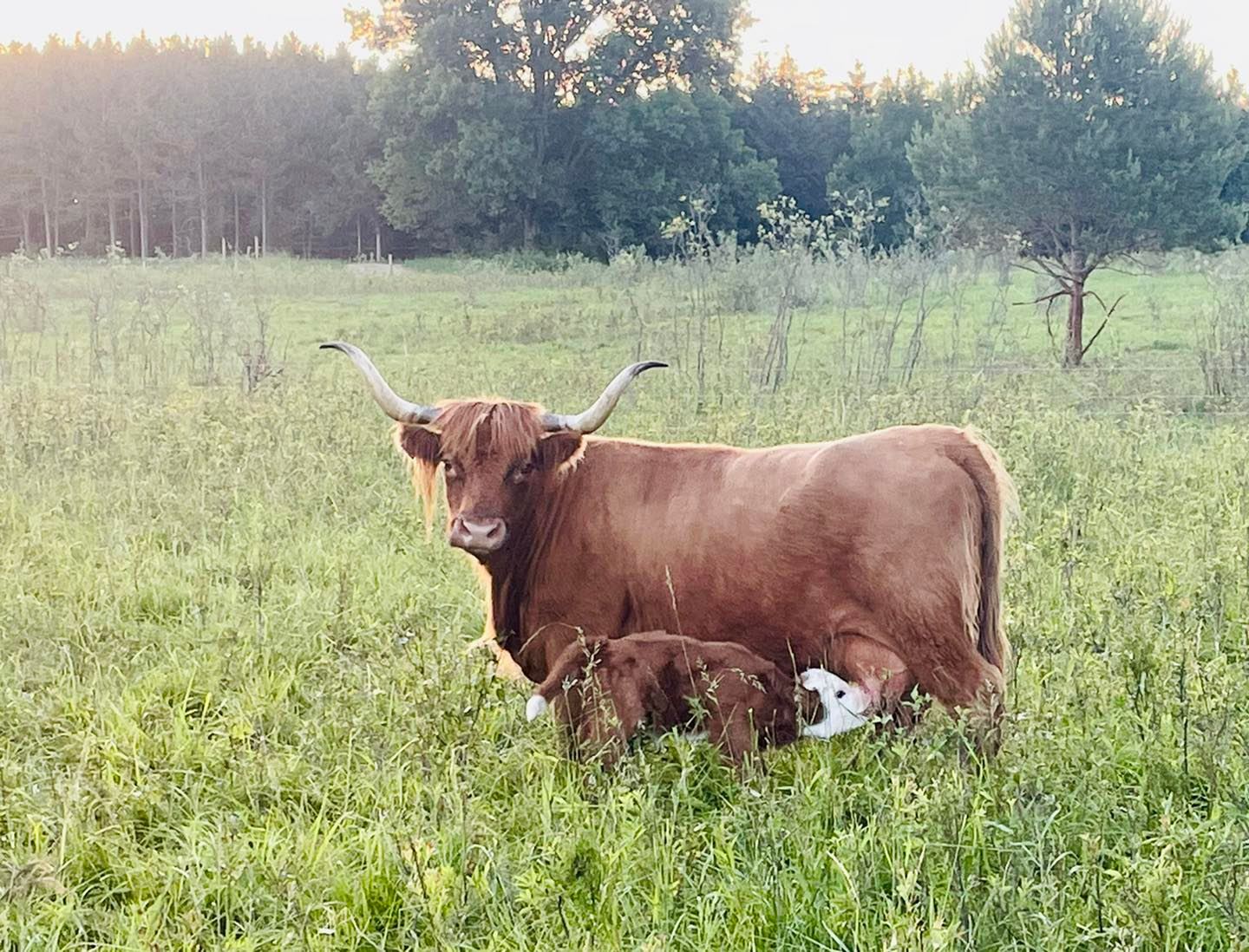 At the beginning, their operation didn’t have a name. They put out the call on Facebook and social media and got what seemed like thousands of suggestions. In the end, the winner proved to be a lot closer to home. Ryan’s mother’s suggested “2 Men & A Hen” and the rest was history. 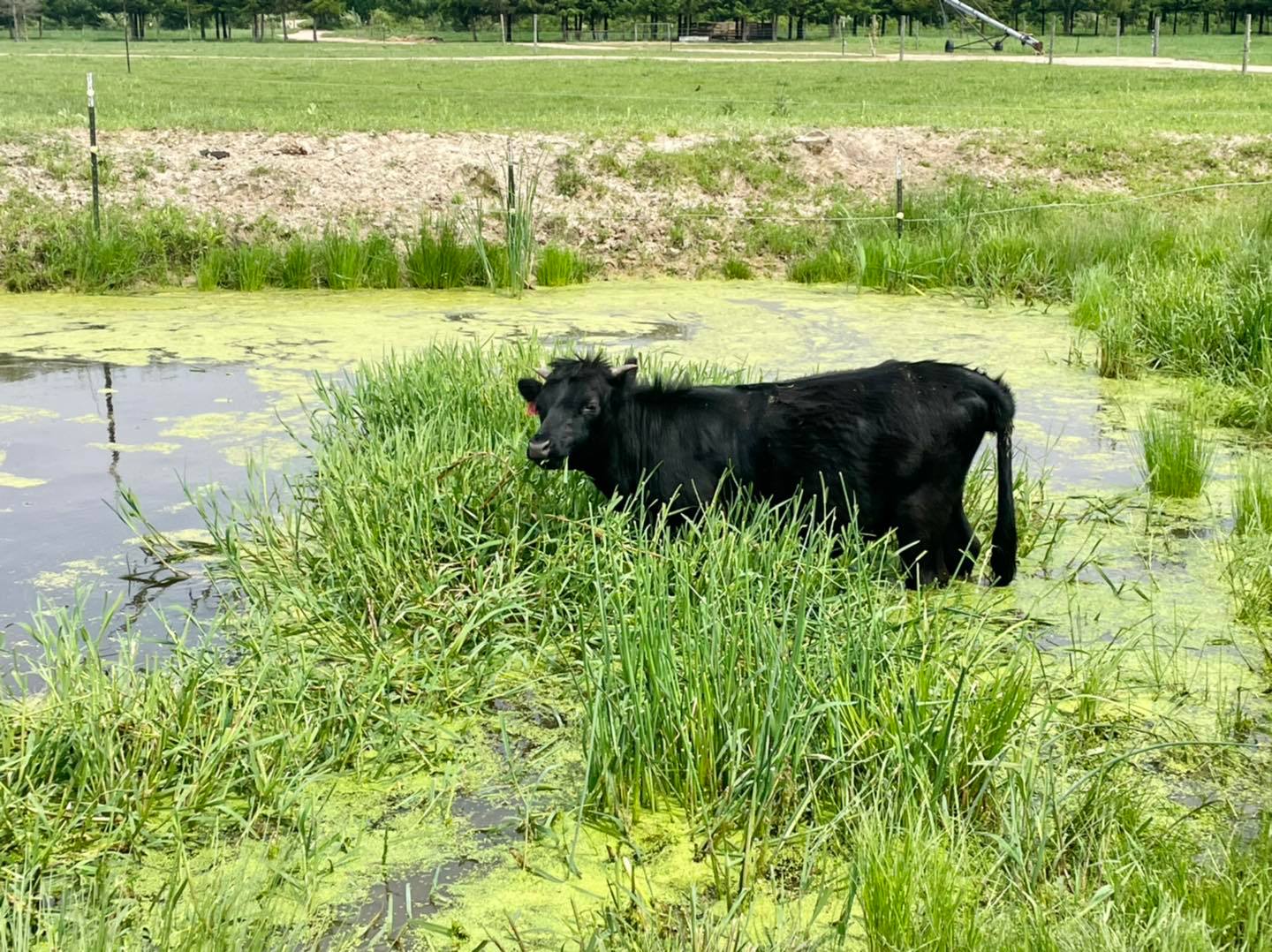 Market Wagon has been a blessing by connecting Ryan and Christopher to customers throughout West Michigan with one single drop-off point. As farmers with 2 Men & A Hen, they had found that direct sales were a struggle. They’ve discovered Market Wagon’s online platform to be a great place for people to buy Local Food without having to make a special trip to their rural farm. 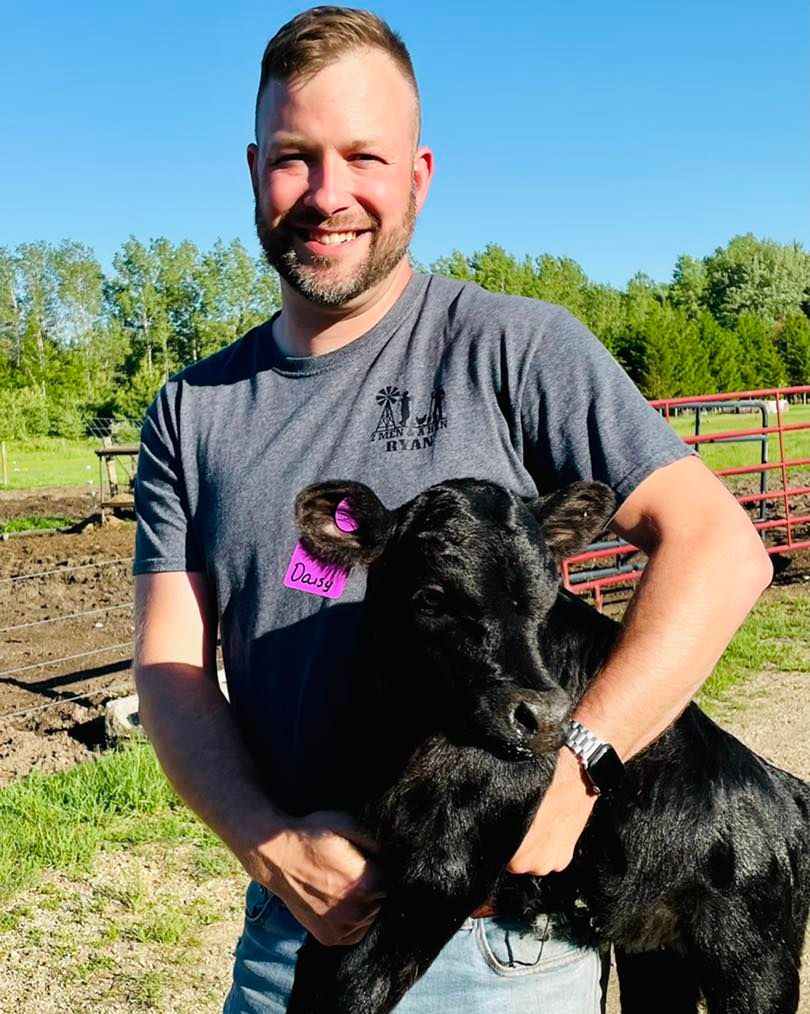 Ryan recommends the traditional Dexter beef patties which are perfect for the summer grilling season. Christopher likes the Mangalitsa brats (which come in several different flavors too) as well as the bone-in pork chops so that customers can truly taste the difference from pigs which are never confined, especially from a rare breed that is called by some the ‘Kobe beef of pork.’ 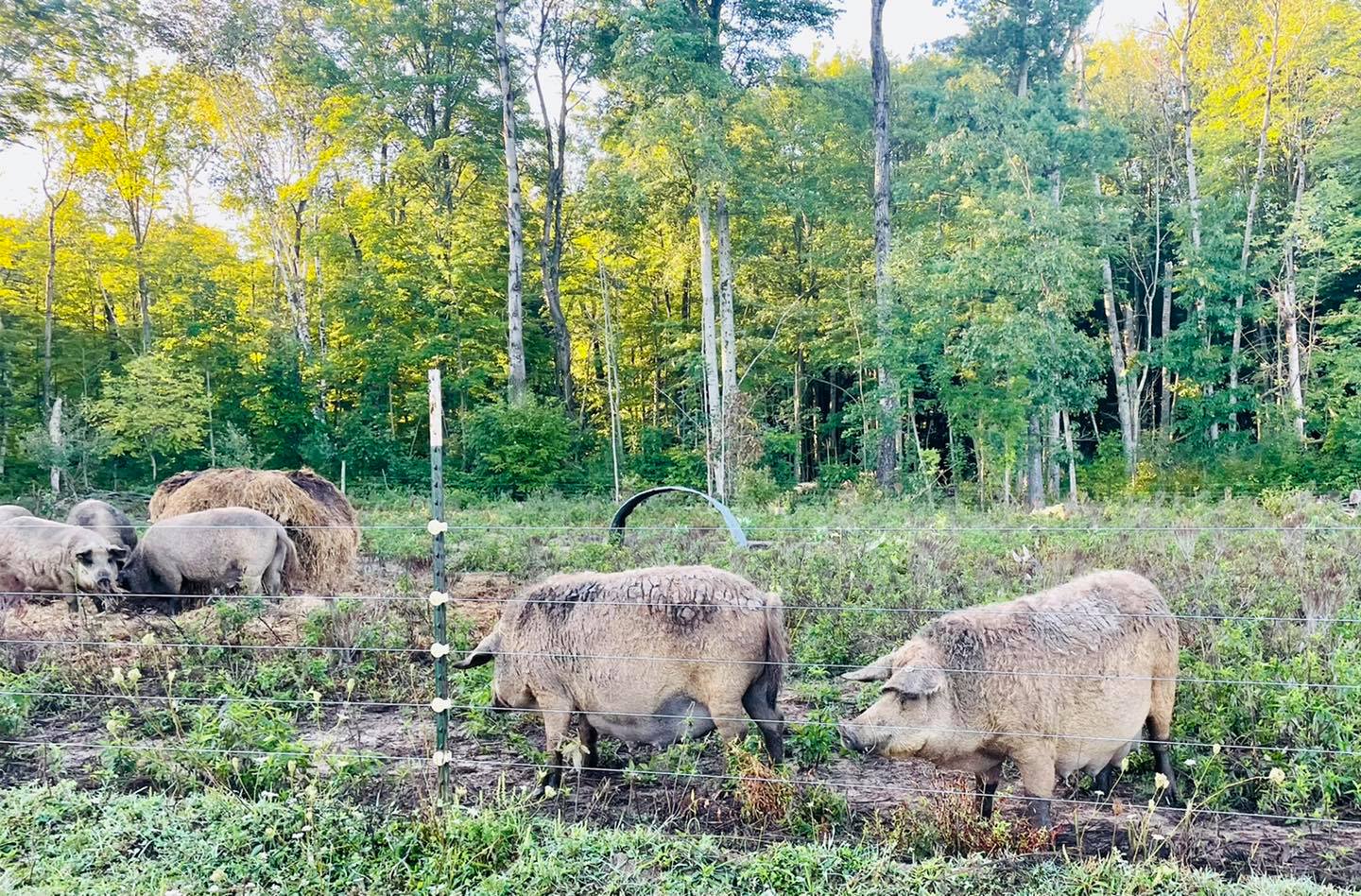 While you should follow them on Market Wagon’s platform, be sure to check out their own social media platforms too including Facebook and Instagram. Ryan and Christopher are constantly taking pictures as well as asking for naming suggestions for the newest animals on the farm.

Click here to read more stories about military veterans who are finding success on the Market Wagon platform as well as see a complete list of veterans on Market Wagon. 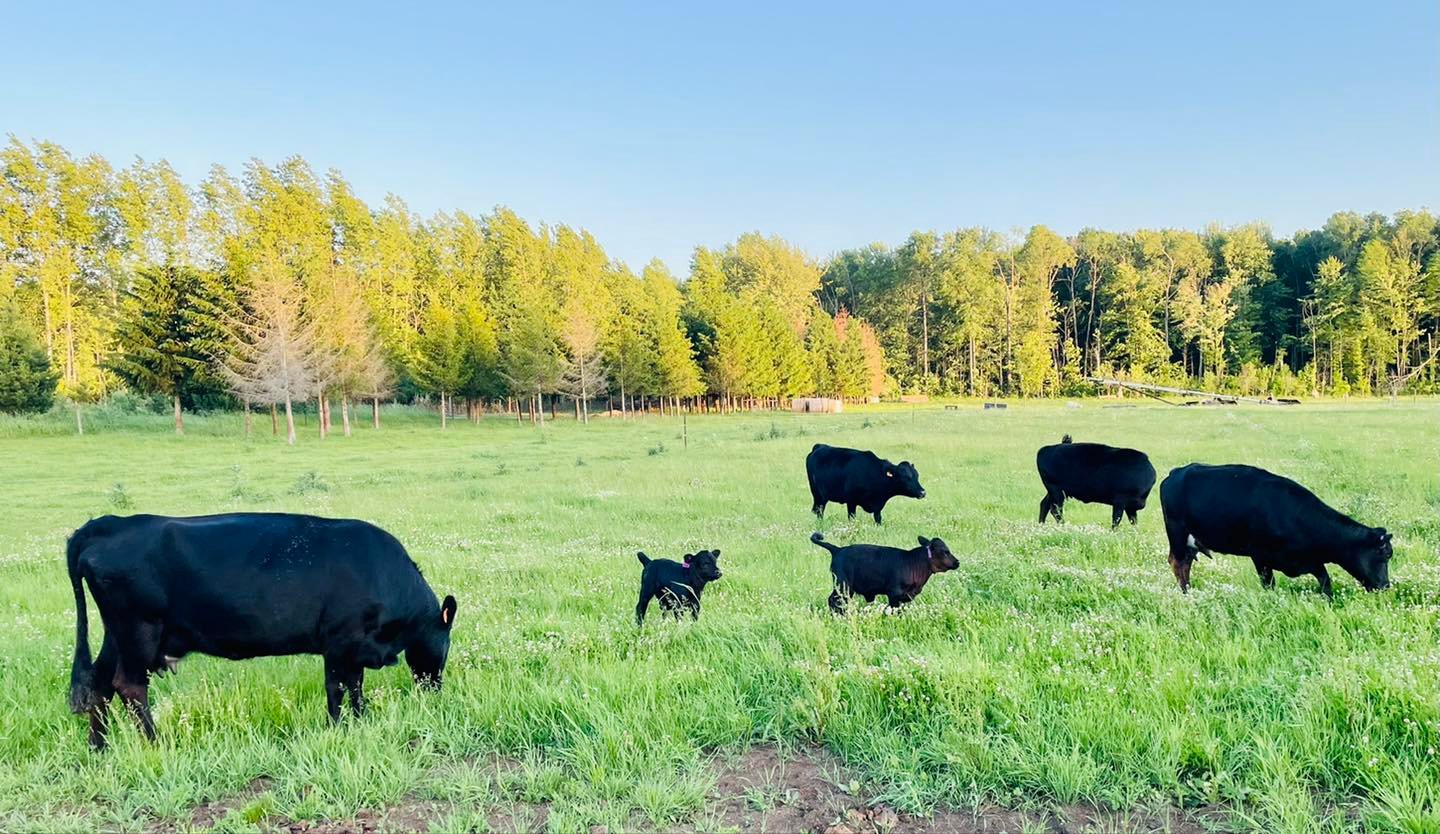