Stephanie and Hayley Painter may be 4th generation farmers but in a single generation—truthfully in a single year—they have transformed their certified organic family farm’s operations. With Painterland Sisters, a certified women-owned business, they hope to make dairy cool again, fueled by a passion for family, healthy eating and helping rural communities across America. 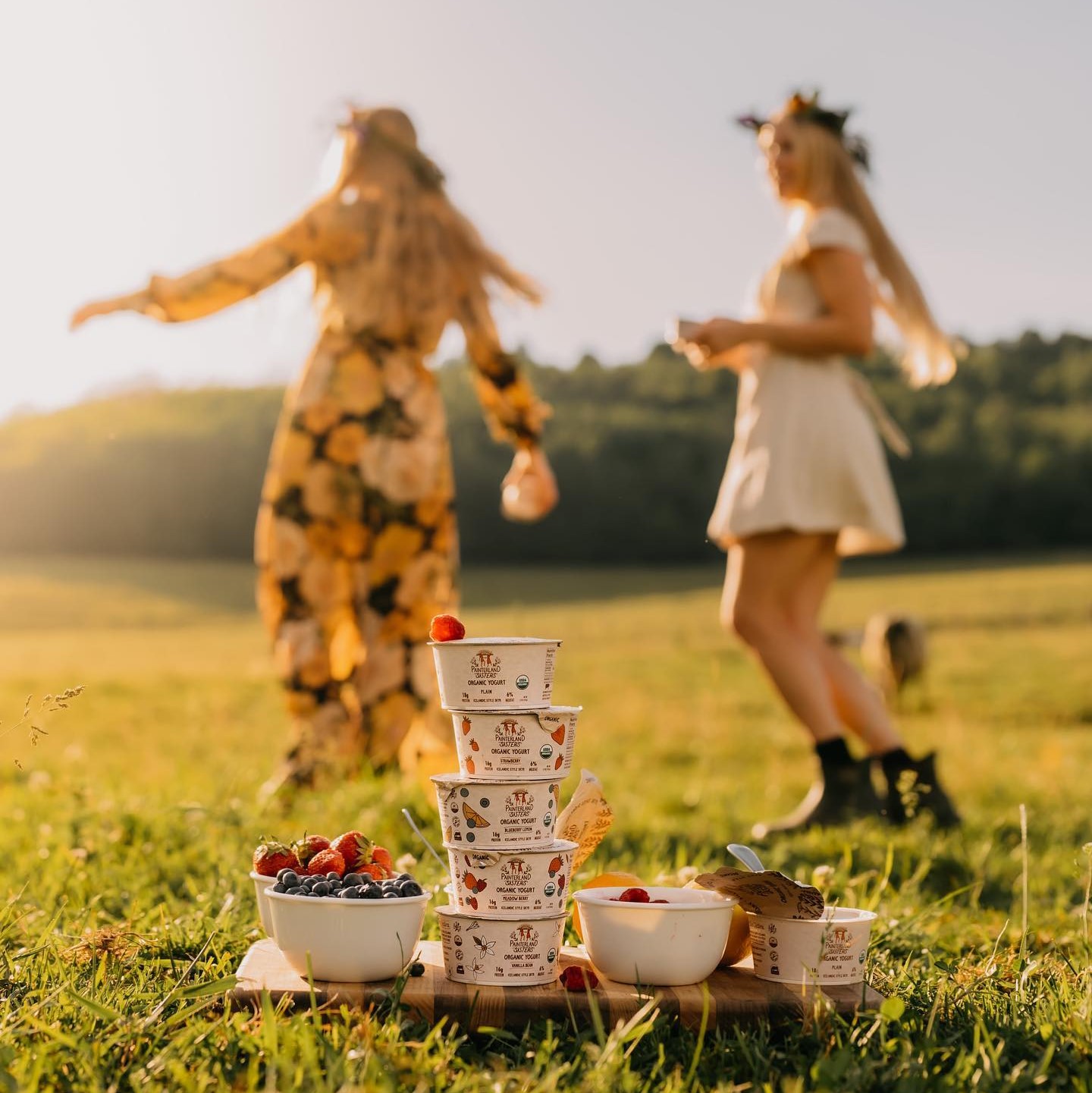 Stephanie and Hayley see the partnership with Market Wagon as a natural relationship between two companies with parallel missions. Less than a year after selling their first yogurt container, the sisters now have offerings in more than 1,000 retail stores. But amid their success and rapid growth, they still want to ensure that all families, even those living in a rural community, have easy access to their delicious and healthy yogurt.

“Our mission is to help our community and state feel prideful—for everyone to feel like they’re a part of what we’re doing,” said Hayley. “We really believe in community and community access. Everyone deserves that choice, no matter where you live.” 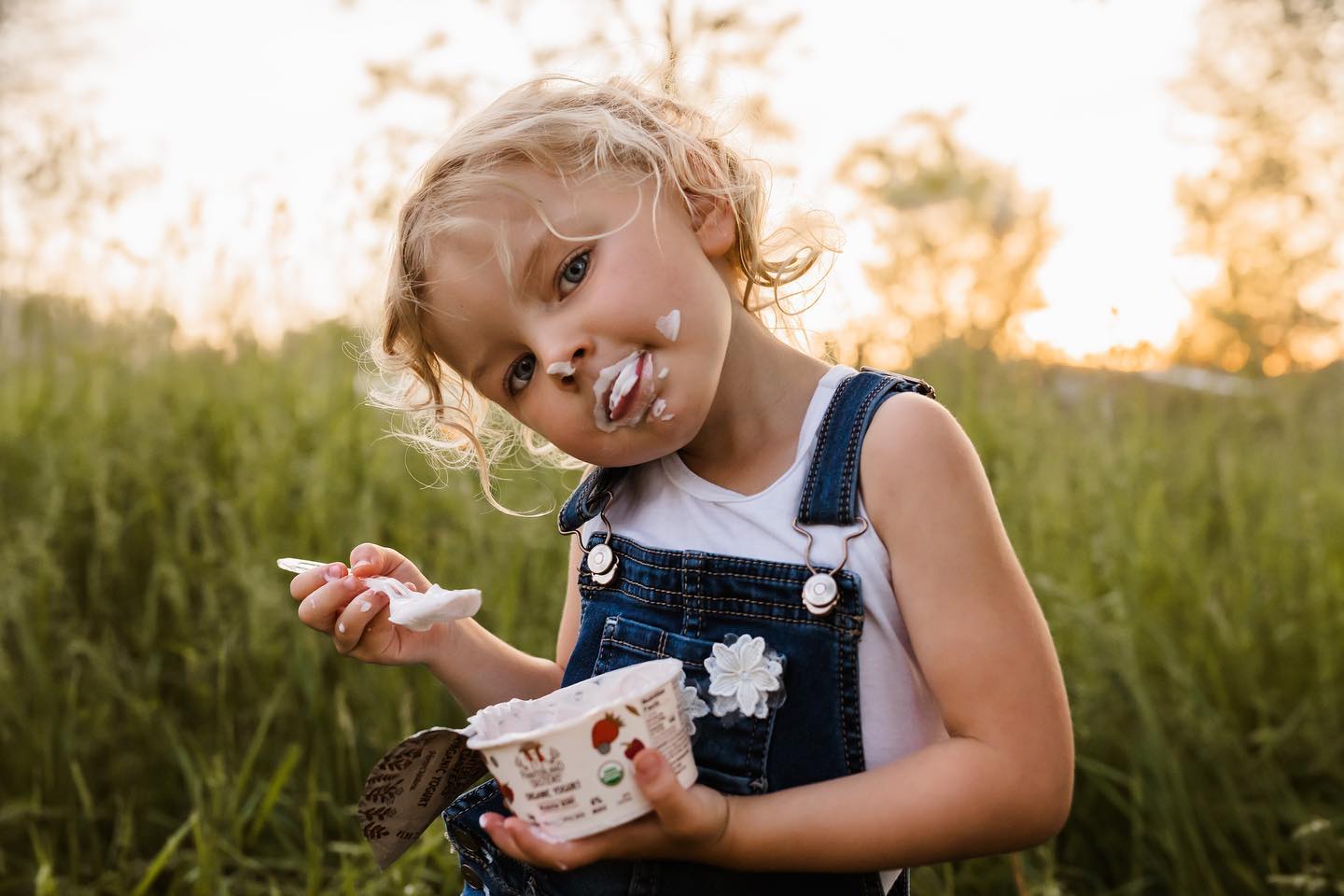 Painterland Sisters started with a promise. At the age of 18, Stephanie promised her father that if he gave her 10 years to go to college and spread her wings, she would come back to the family farm. Stephanie, now 28, was as good as her word.

Younger sister Hayley, 26, graduated college with a degree in animal science. She took an internship after college to learn the art of cheesemaking and yogurt making and quickly fell in love. She also realized making something from her family’s organic milk was the best way to help Painterland Farms continue to flourish. 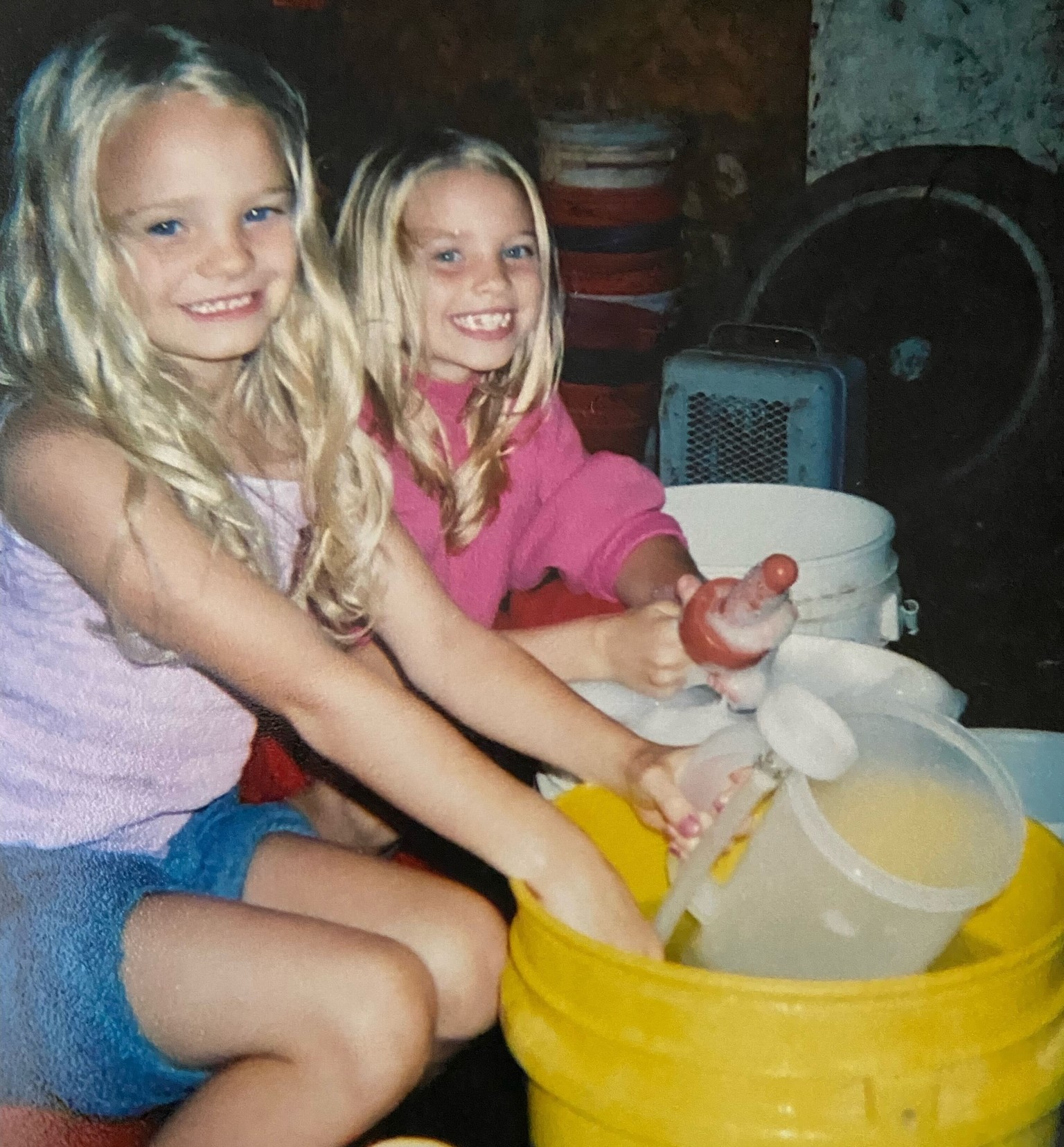 “Ever since we were little girls (see above), we’ve always wanted to come back to our family farm and keep it going for the next generation,” said Stephanie. “But it wasn’t until we left that we truly gained an understanding of how special our farm really was.” 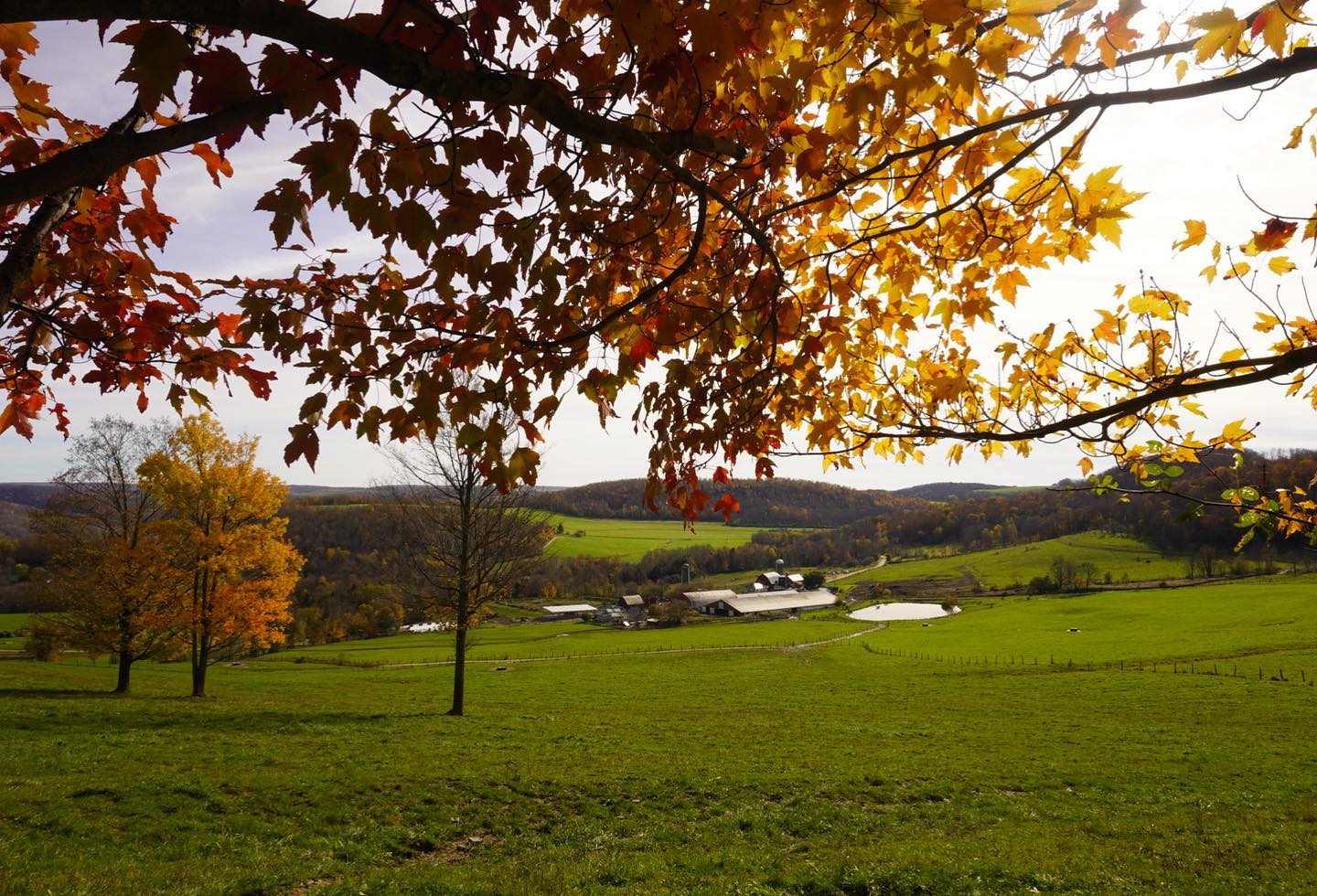 Stephanie and Hayley’s great-grandfather started the farm in 1941. For the farm to thrive into the future, the sisters believed creating their own value-added product from the milk was the best path forward. Though, at least at first, they weren’t sure what that would be.

“We just knew we wanted to make something yummy with our milk,” said Hayley. 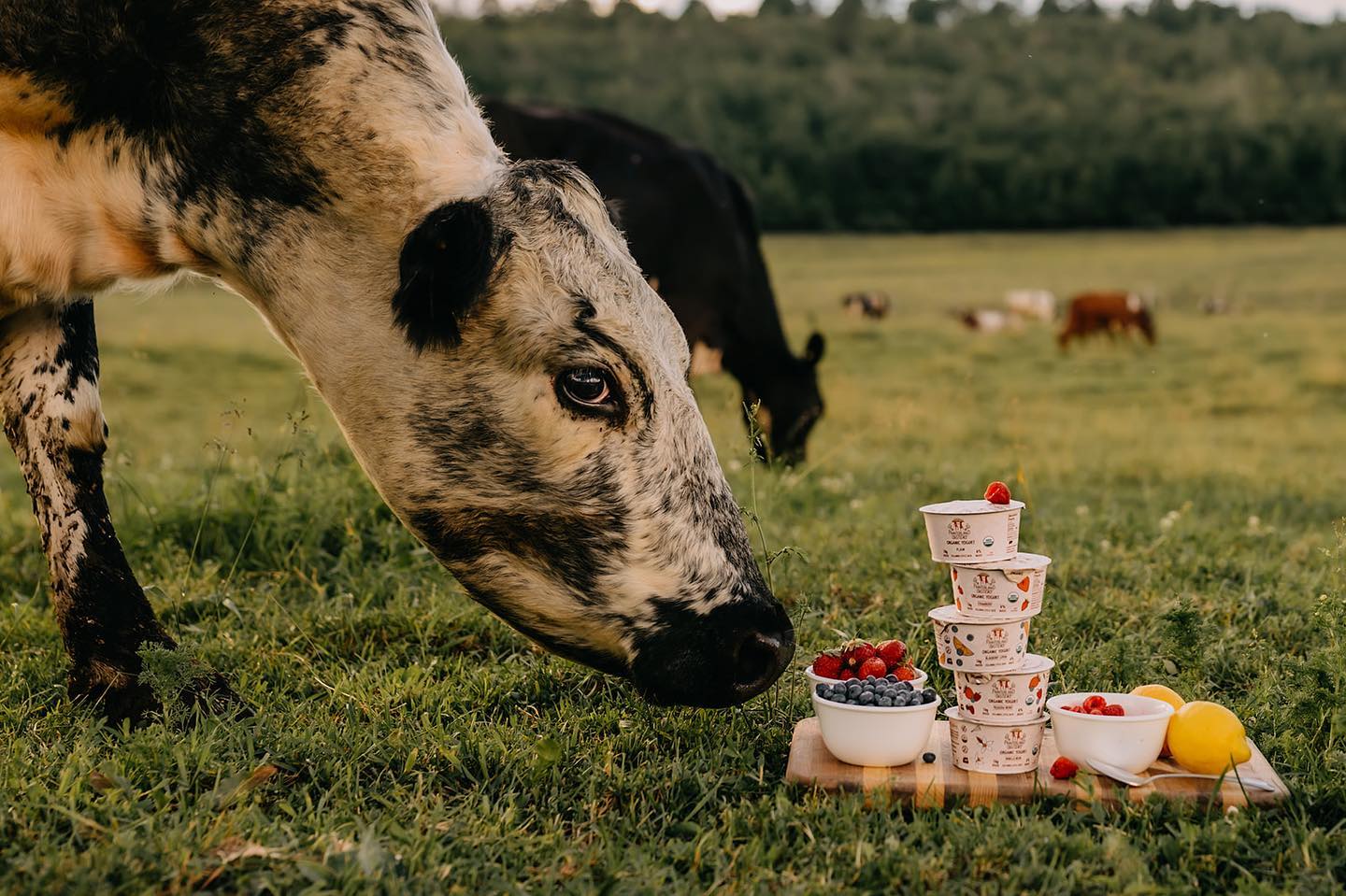 In the end, yogurt was chosen. And the rest, as they say, is history.

The decision combines Hayley’s background with Stephanie’s business degree. But, as evidenced by every picture on Instagram picture, they are determined to do it in a fun-loving, social media savvy, millennial way. 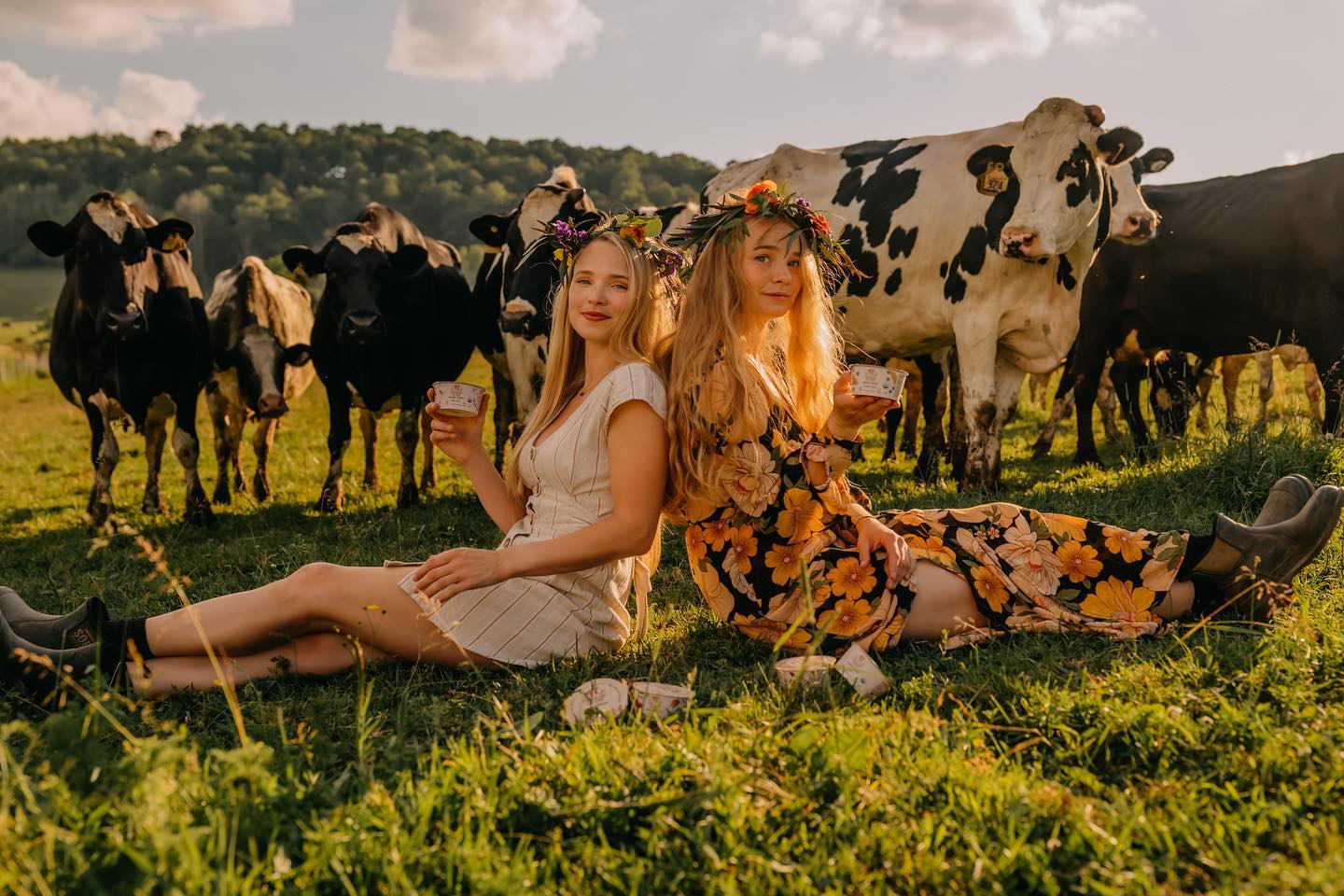 All yogurt from Painterland Sisters is organic skyr-style yogurt, a type of yogurt originating in Iceland (pronounced skeer). It’s the most nutrient-dense variety of yogurt on the store shelf with 16-18 grams of protein in every tub, full of probiotics for great gut health. It’s also both lactose free and gluten free. 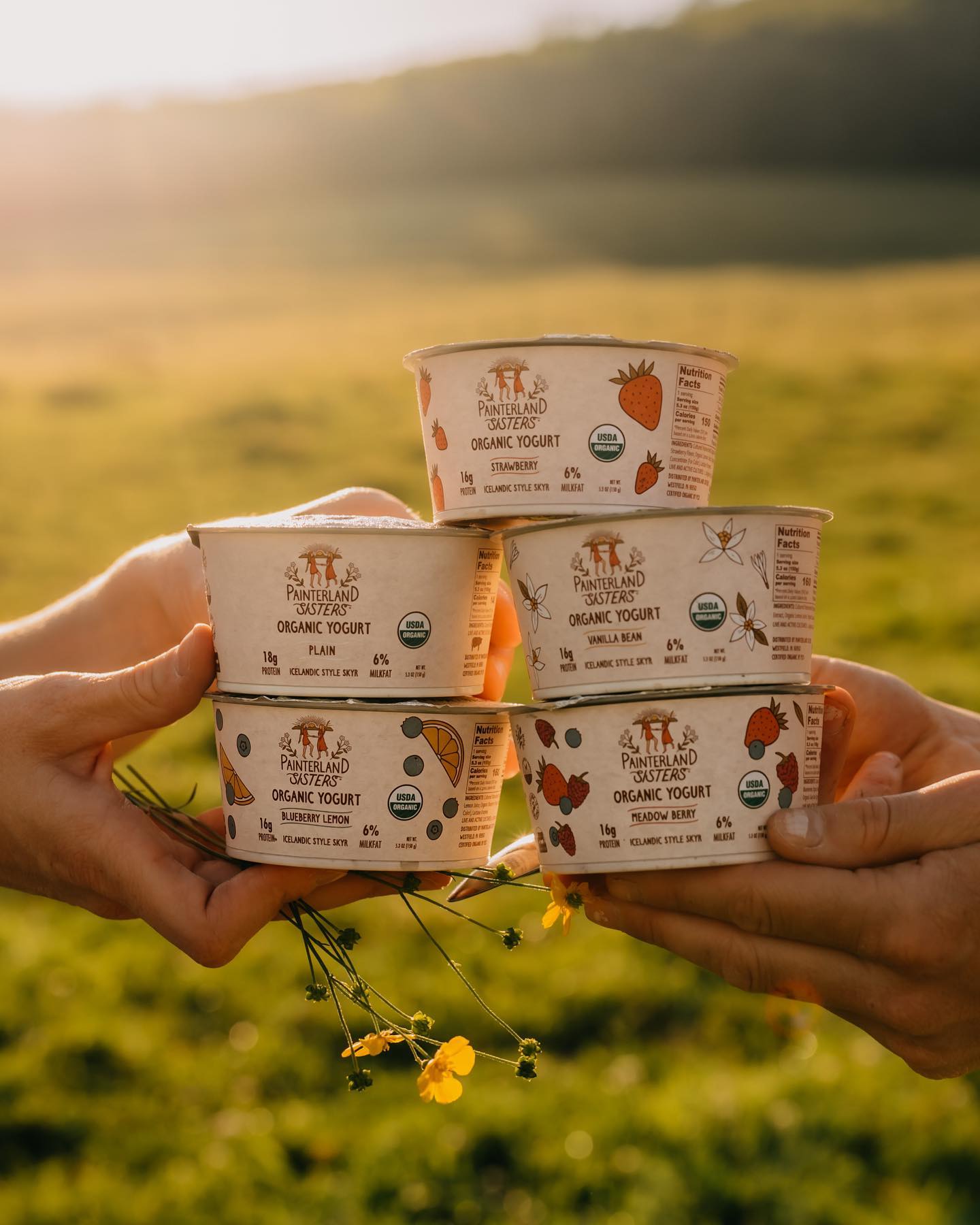 Painterland Sisters begins with milk from Painterland Farms, a certified organic farm with a diversified herd of 350 cattle on 5,000 acres. Each cow is milked twice a day.

It is combined with milk sourced from other nearby family farms and sent to Cumberland County, home to one of only three Icelandic-style/minimum processing method yogurt makers in the United States. He formulates the yogurt from Stephanie and Hayley’s recipe. 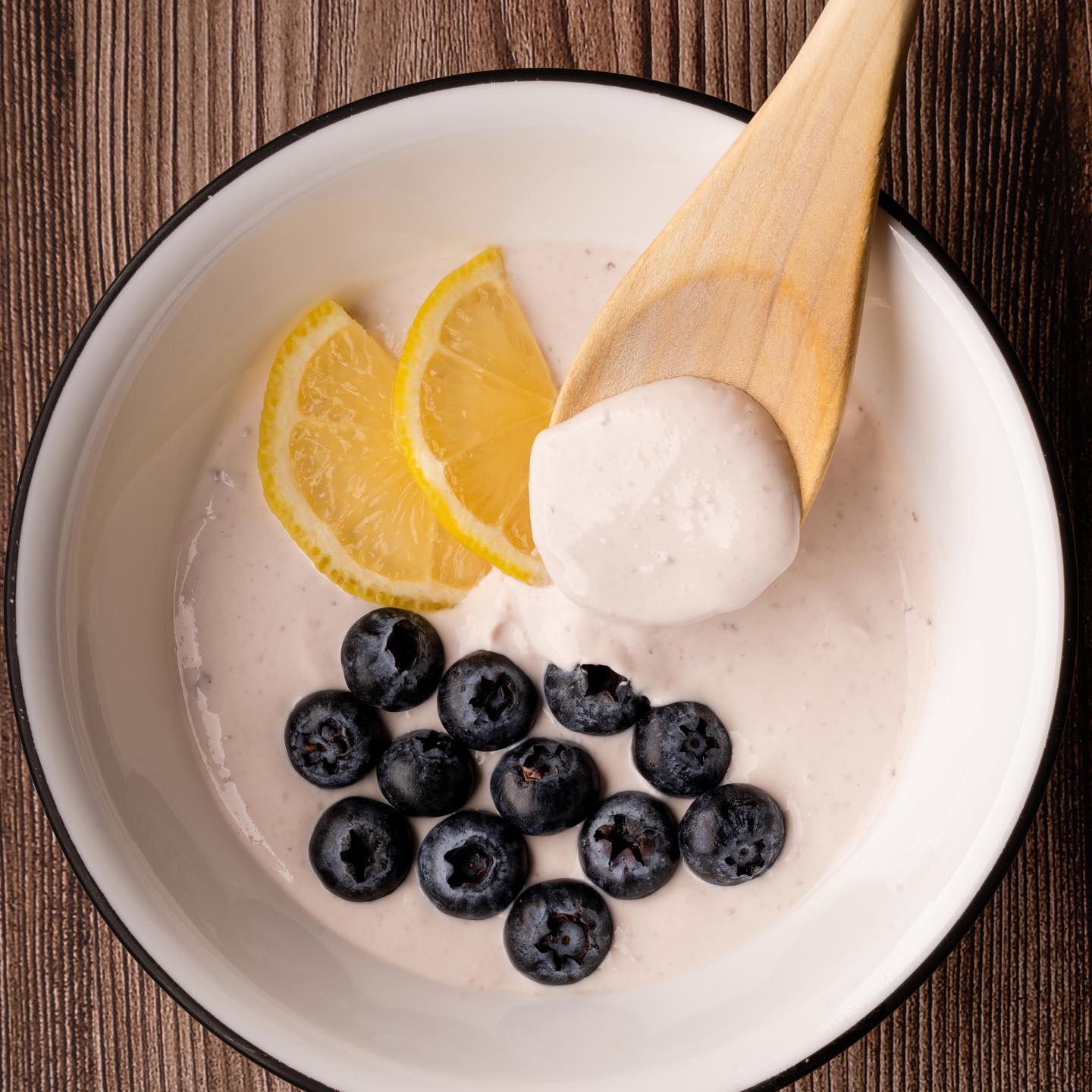 Milk goes through ultrafiltration which strains out the water to create the thick yogurt. And, unlike many Greek yogurt makers who must add protein powder to thicken the final product artificially, skyr’s protein content comes entirely from the original milk.

For now, about 15% of milk from Painterland Farms is turned into yogurt. Thanks to the brand’s rapid success, the sisters hope to double that to 30% by the end of the year.

“This is what our farm needs to do to control our own destiny,” Stephanie said. 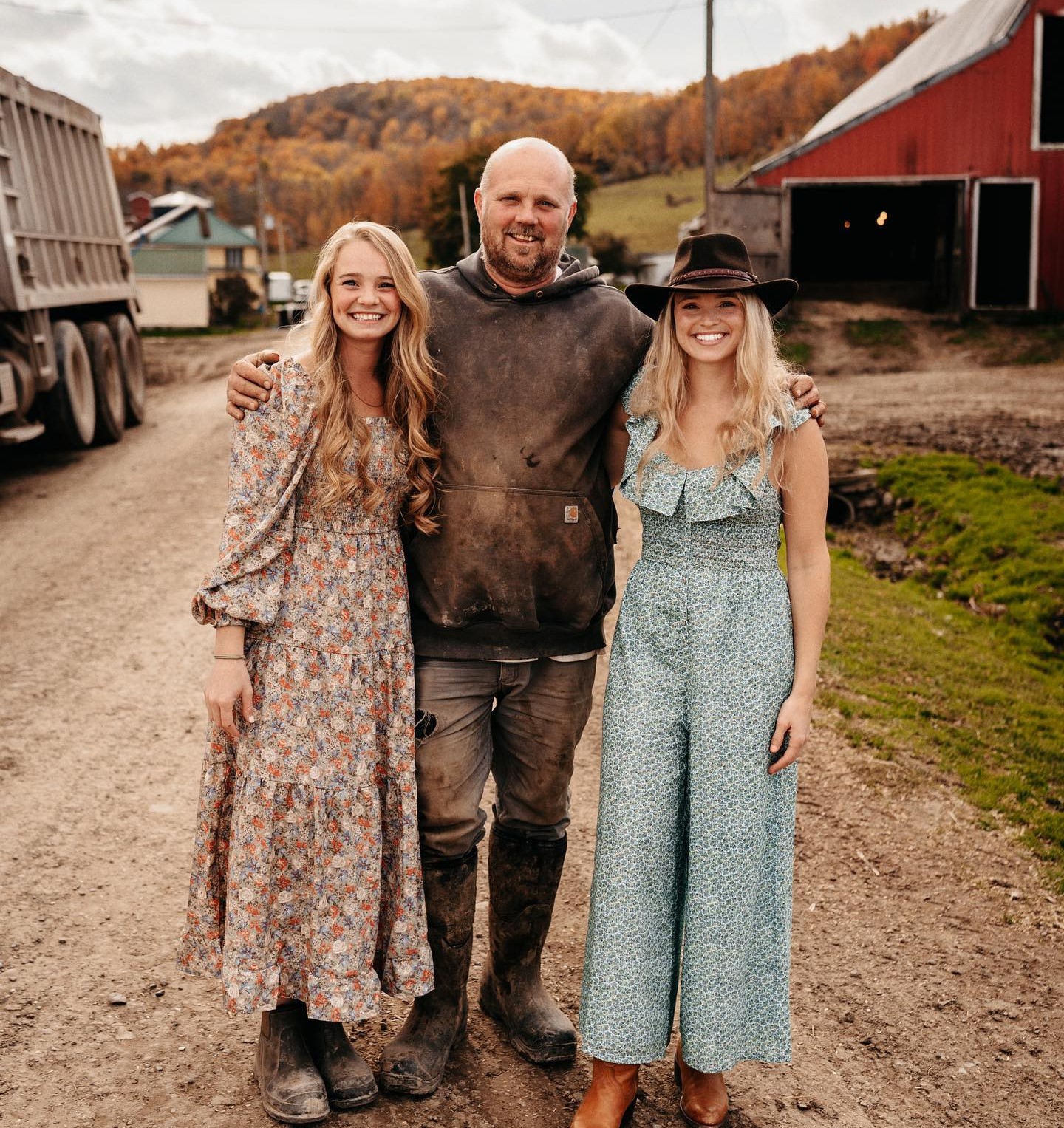 Hayley continues to live on the family farm in Tioga County, which is still owned by her father (see above) and two uncles. Stephanie and her family, including two small children, live on a farm in Lancaster County. 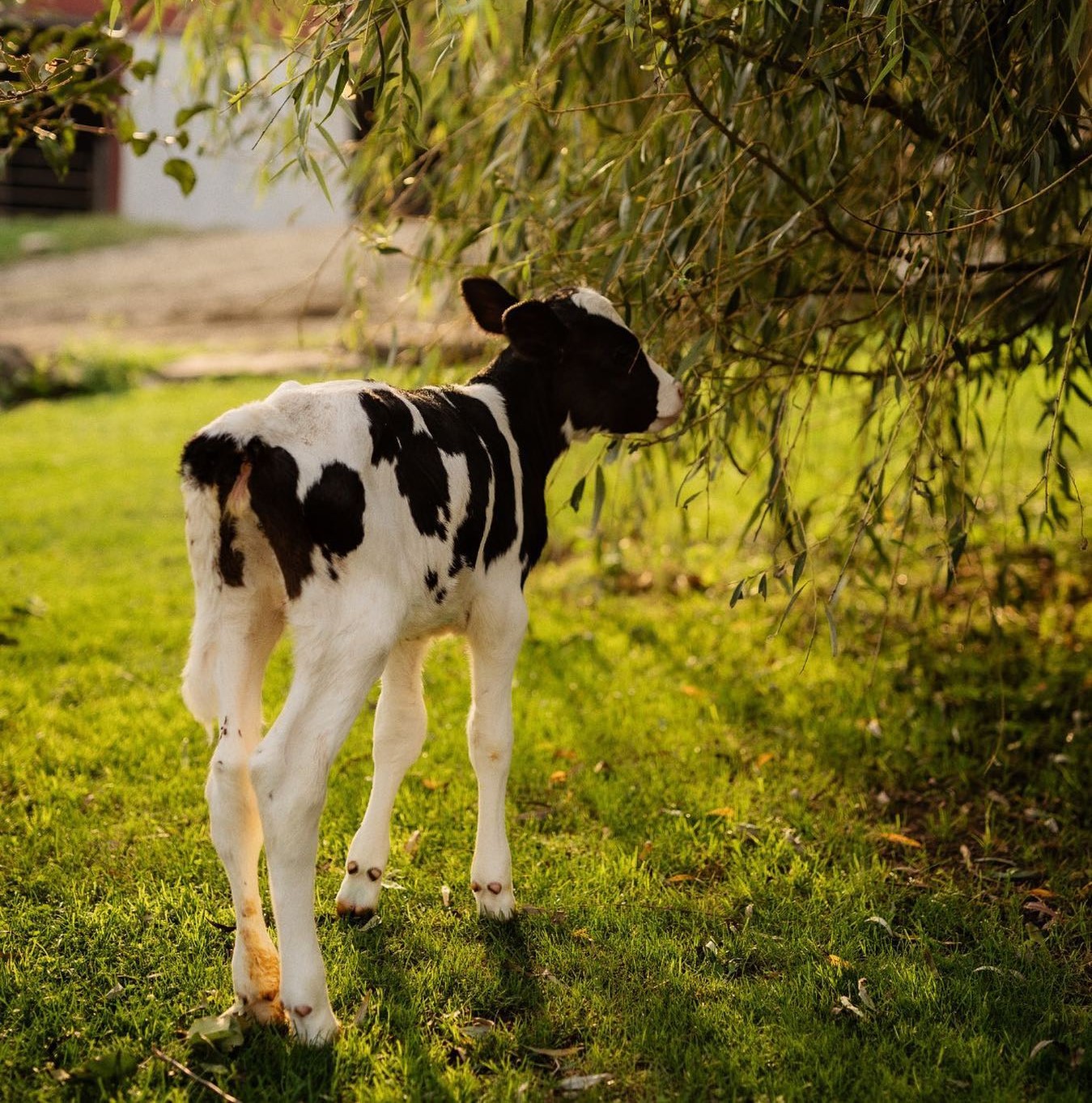 Painterland Sisters is a certified women-owned business as well as certified organic. While the farm has been using regenerative processes for decades, it’s in the middle of that official certification process too. 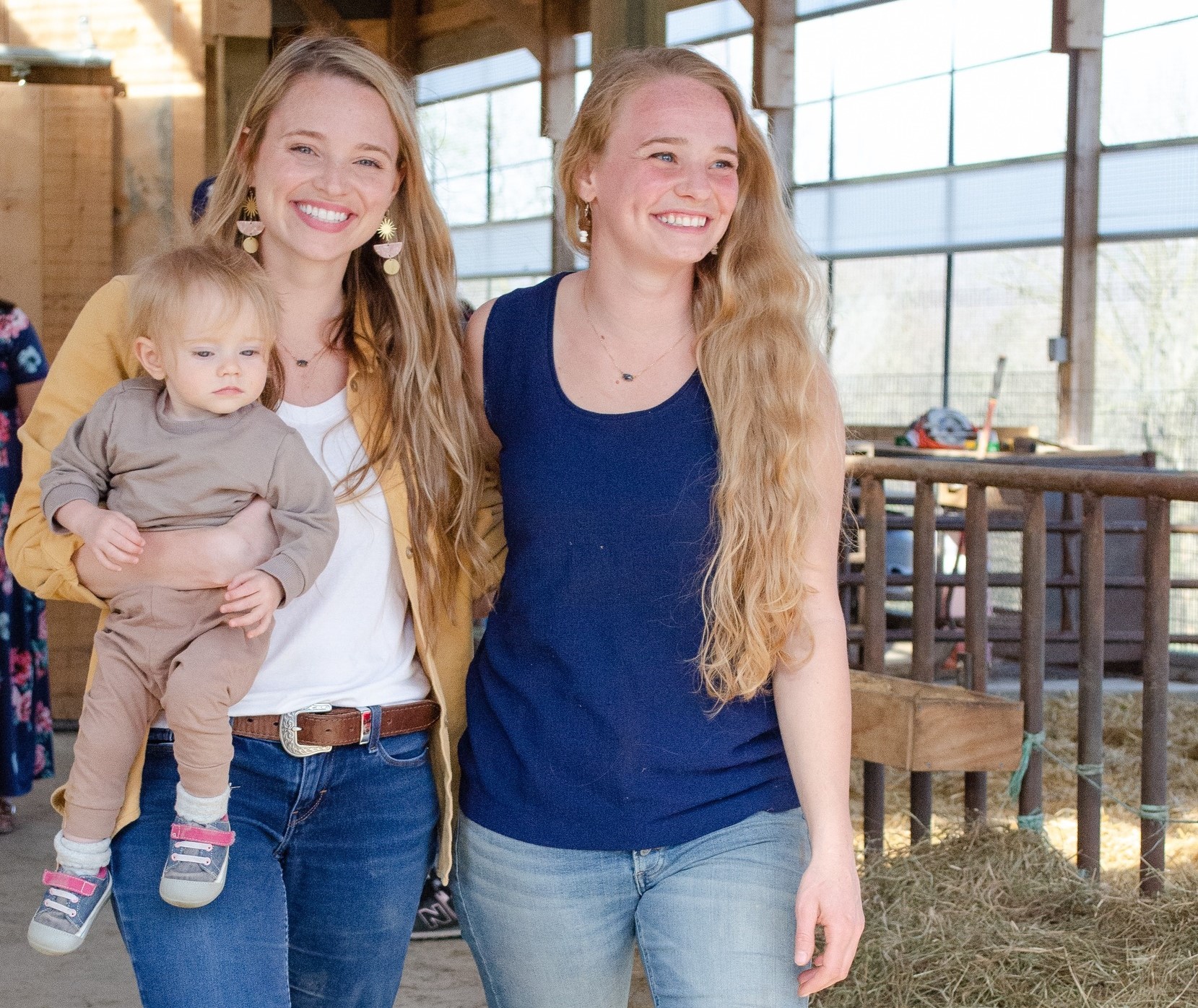 When it comes to the cups of yogurt sold on Market Wagon, Stephanie loves the vanilla bean flavor. “It’s like ice cream, but healthy.” It’s also easy to understand why she’s partial to Meadow Berry yogurt since it’s named after her 20-month-old daughter Meadow (see above)!

Each flavor is sold in both a single cup serving as well as packs of eight.

Meanwhile, Hayley admits she doesn’t like yogurt—at least not if it’s made in the traditional or Greek style. That’s why she developed the Painterland Sisters’ Plain flavor. Instead of using sour cream, cream cheese or even milk in a recipe, use the Plain! Hayley loves to use Plain instead of cream cheese on a bagel, to make mashed potatoes or atop a baked potato. It’s also a great way to start the day if you use it to make overnight oats. 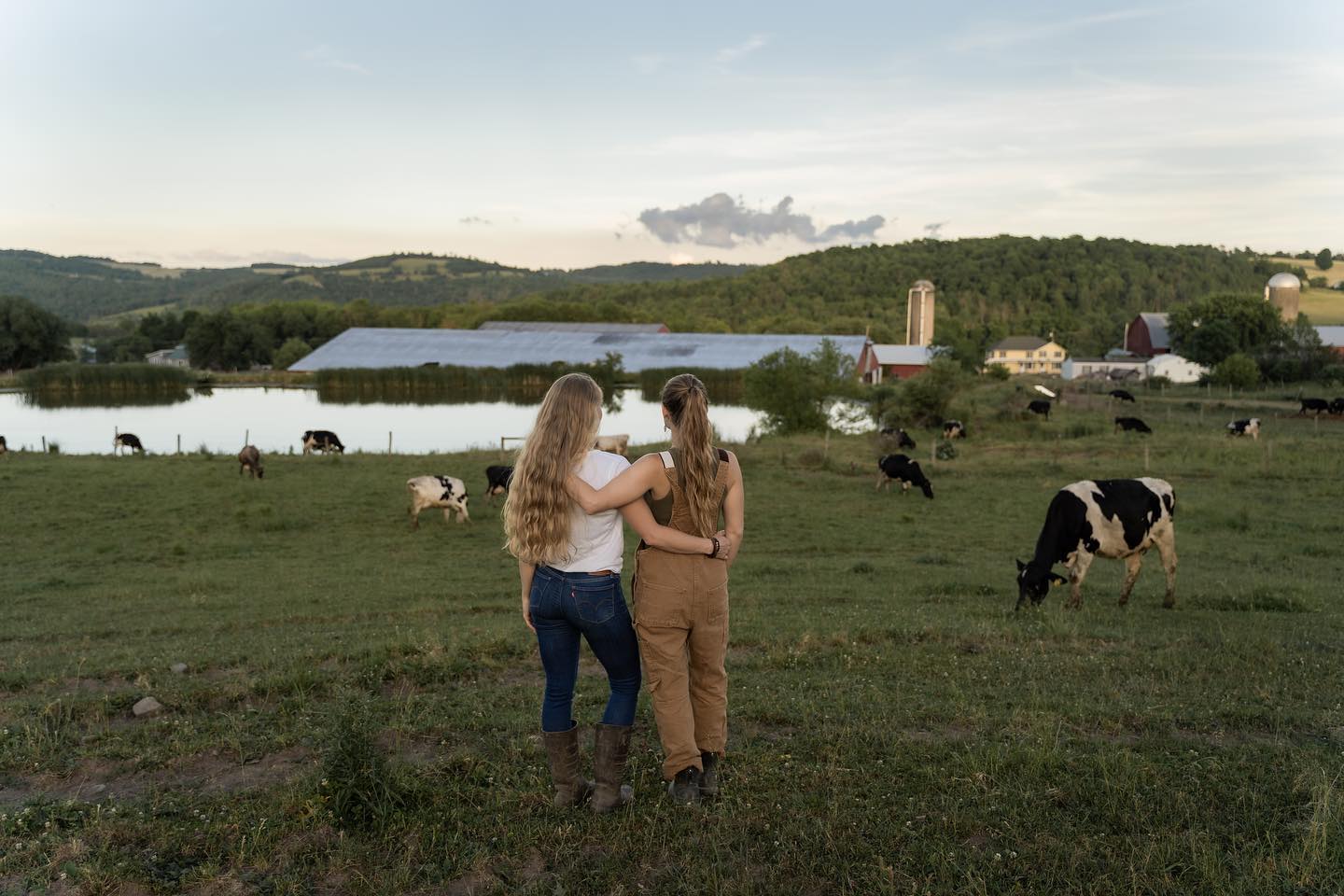