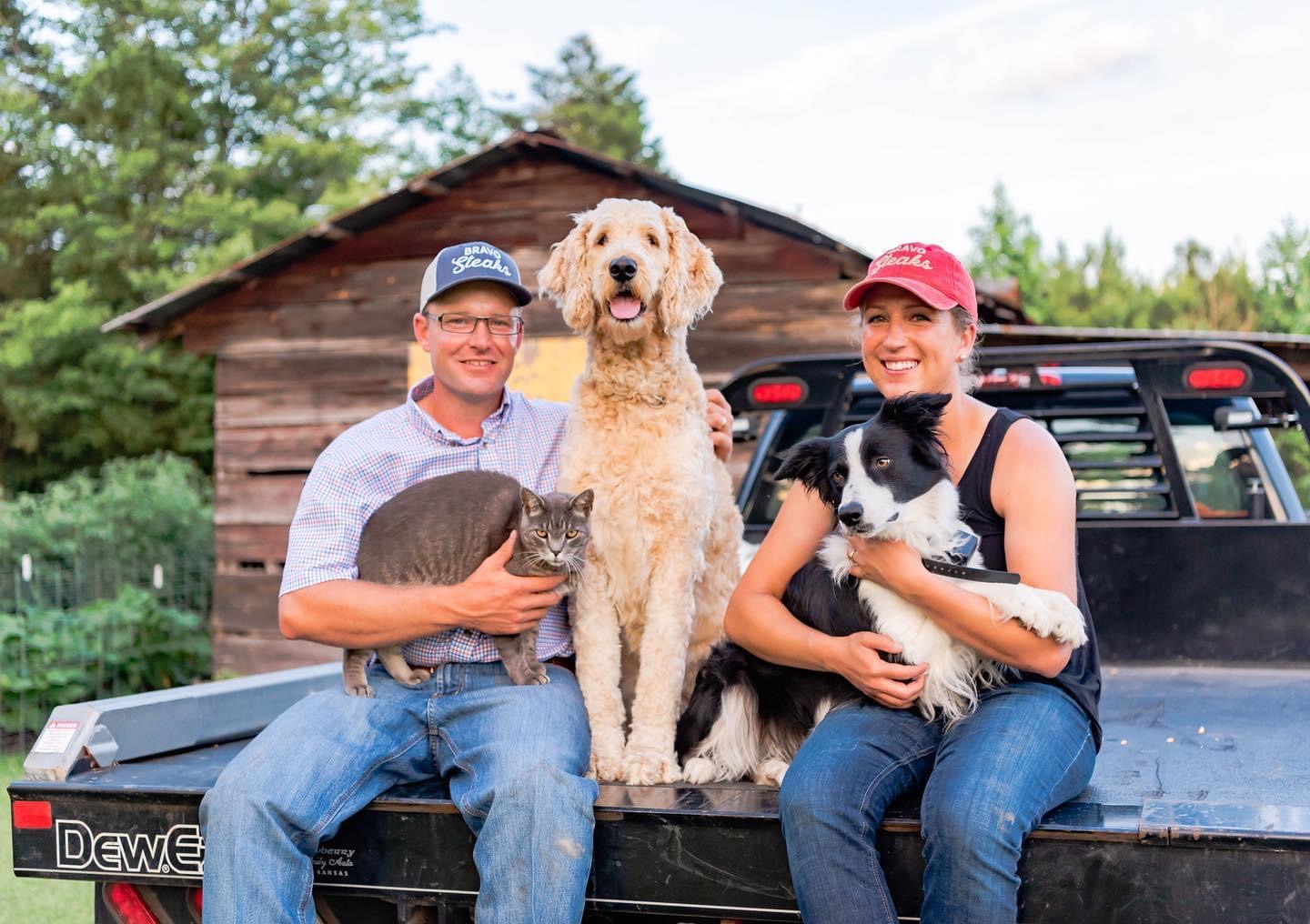 John and Emily Barnes aren’t your average farmers. In fact, Emily jokes that both she and John are the black sheep of their families because no other relative ever had much to do with farming.

But they’ve turned their love for cattle and pork into Bravo Steaks. By partnering with Market Wagon, they can now serve their high-quality meats to customers who want something tastier than what they can get at the grocery store. 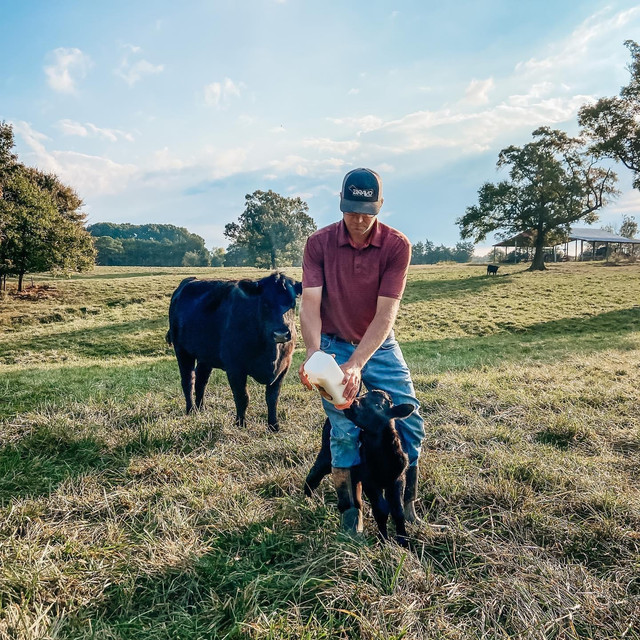 While neither Emily or John were raised on a family farm, they did grow up around animals. Emily showed Angus cattle and was even Miss America Angus for a year. John did livestock judging for 4-H, even competing at the collegiate level. After getting his MBA, John worked several jobs in the beef industry while Emily got her doctorate at one of the top pharmacy schools in the country, the UNC Eshelman School of Pharmacy.

John and Emily met over cattle and someday owning their own herd was always the dream.

While they bought their first cow together in 2014, it wasn’t until John was laid off from his job in 2019 that their dream came true. It was the motivating factor for the couple to create Bravo Steaks, specializing in raising purebred Berkshire pigs as well as black Angus and Angus-cross cattle. 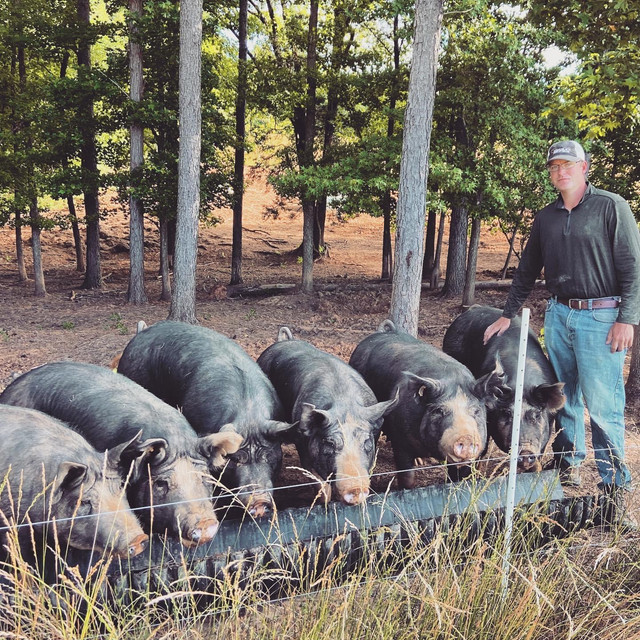 John and Emily pride themselves in the fact that their beef cattle and pigs are raised on pastures in the Carolinas. The cattle are kept on grass pastures seasonally when grass is growing and fed hay the rest of the year. Cattle are also on a rolled barley-based diet that is mixed by hand daily. Except for the first few weeks of their lives, pigs are also raised outside on pasture.

Bravo Steaks partnered with Market Wagon this spring and serves customers in both the Charlotte and Midlands-SC markets which includes Columbia, South Carolina and Augusta, Georgia. Emily appreciates that Market Wagon allows her to reach a large number of customers with a single drop-off point.

If you would like to try some of the Bravo Steaks meats, Emily highly recommends trying the ground beef as the beef is dry aged for 21 days for improved tenderness and a beef flavor profile that rivals some of the finest restaurants. You also can’t go wrong with the ground pork which is a perfect ingredient for burgers, meatloaf or any type of Asian cuisine like dumplings. 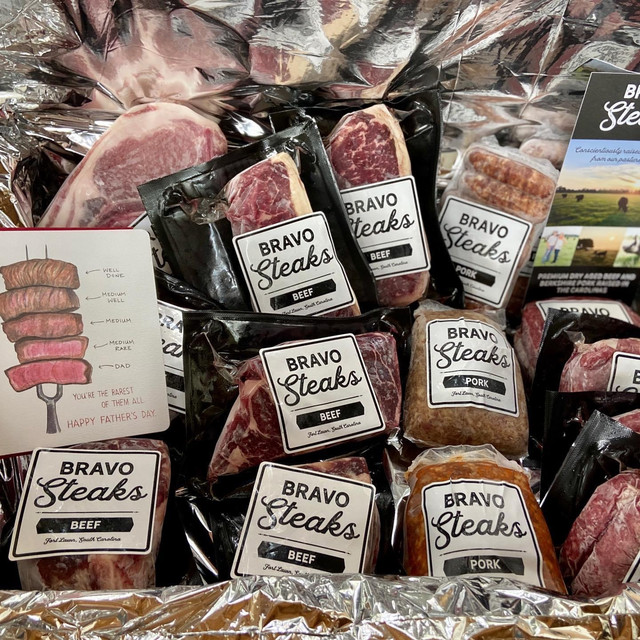