With every cookie and loaf, Luminary Comity looks to build nonprofit theater and inspire

By partnering with Market Wagon, Stephon and the other Luminary board members are building up the funds needed to turn his decade-long dream into reality. 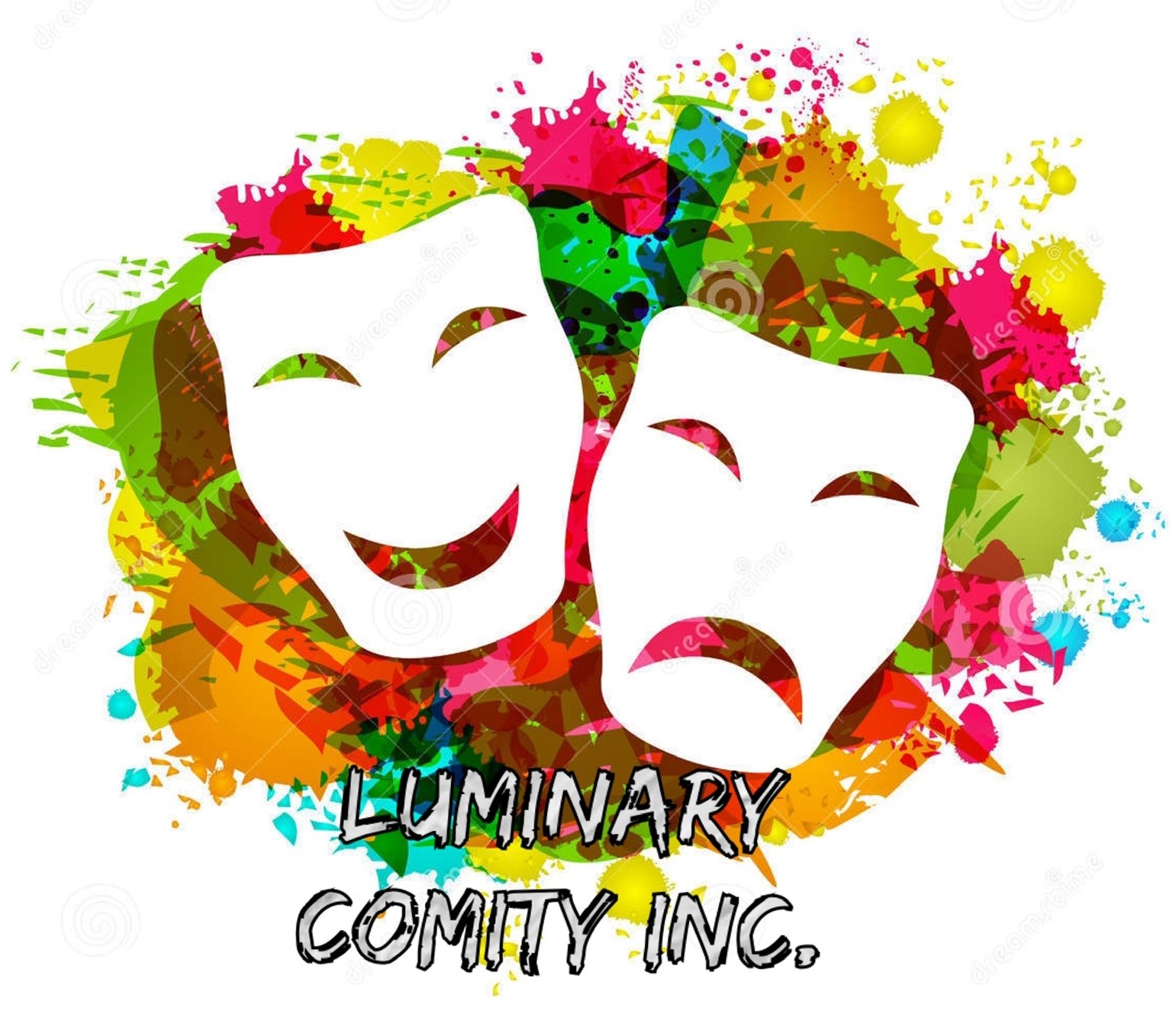 Luminary Comity is a nonprofit dinner theatre group which launched in June 2021. Stephon is the founder, artistic director and president.

The name ‘luminary’ refers to a person of great prominence or brilliant achievement. Comity is a friendly social atmosphere. The two words fit perfectly together to articulate Stephon’s vision of inspiring a network of activism with a creative spin, by bringing awareness to a host of issues faced by youth including poverty, homophobia, ageism and racism.

Ever since he was 13, Stephon (pictured below) has wanted to have his own business—a vision which evolved into creating a nonprofit. While almost all his time is spent working on Luminary, he also works several hours as a physical therapist to pay the bills. 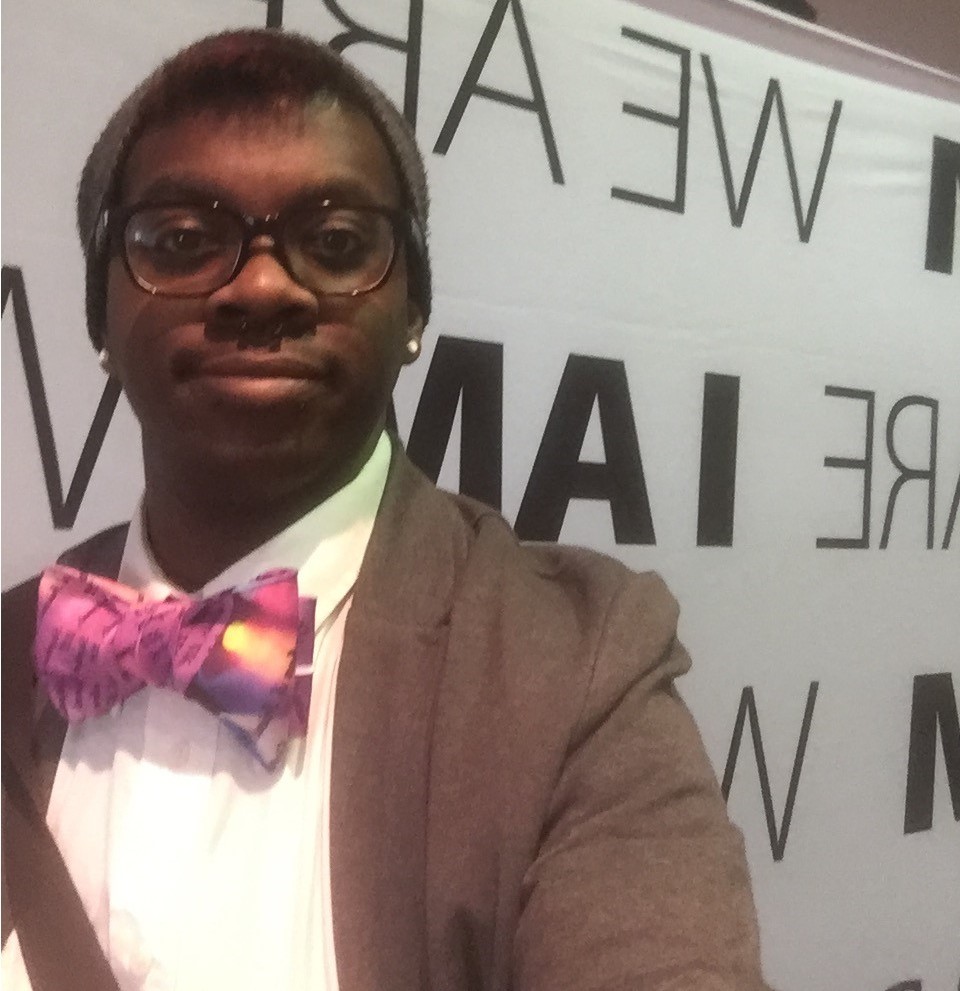 Luminary has been busy helping others in the community as it works toward its goal of producing its first show later this year. The group has adopted a handful of children every year from the local prison tree and provided Christmas gifts for kids who might not otherwise get them. It has worked with kids and teens in the NAACP ACT-SO (Afro-Academic Cultural, Technological and Scientific Olympics). One of Luminary’s participants has even won a silver at the national competition for playwriting. Luminary has also organized the health and resource center campaign for IU Southeast, where Stephon and a few of the other board members graduated from (picture below is Stephon's mom and board secretary/chief baker Kameron Lancaster). 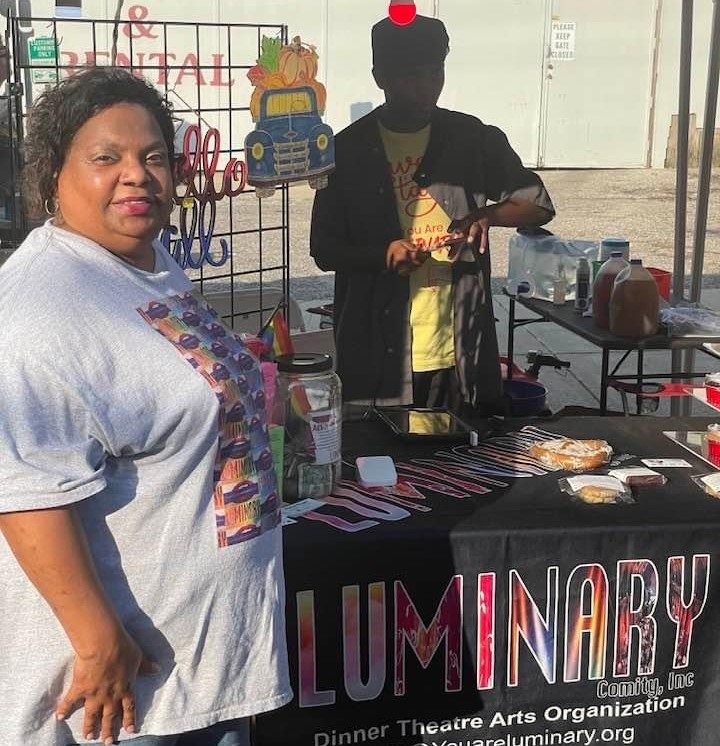 Luminary wants to inspire creativity in others, in all sorts of ways. That’s why instead of producing a show with a script borrowed from someone else, they are working with a local playwright to write an original script.

“We want to be a hub for creative individuals,” Stephon said. “Luminary also means light and we want to be a supernova of individual artistic expression and originality.” 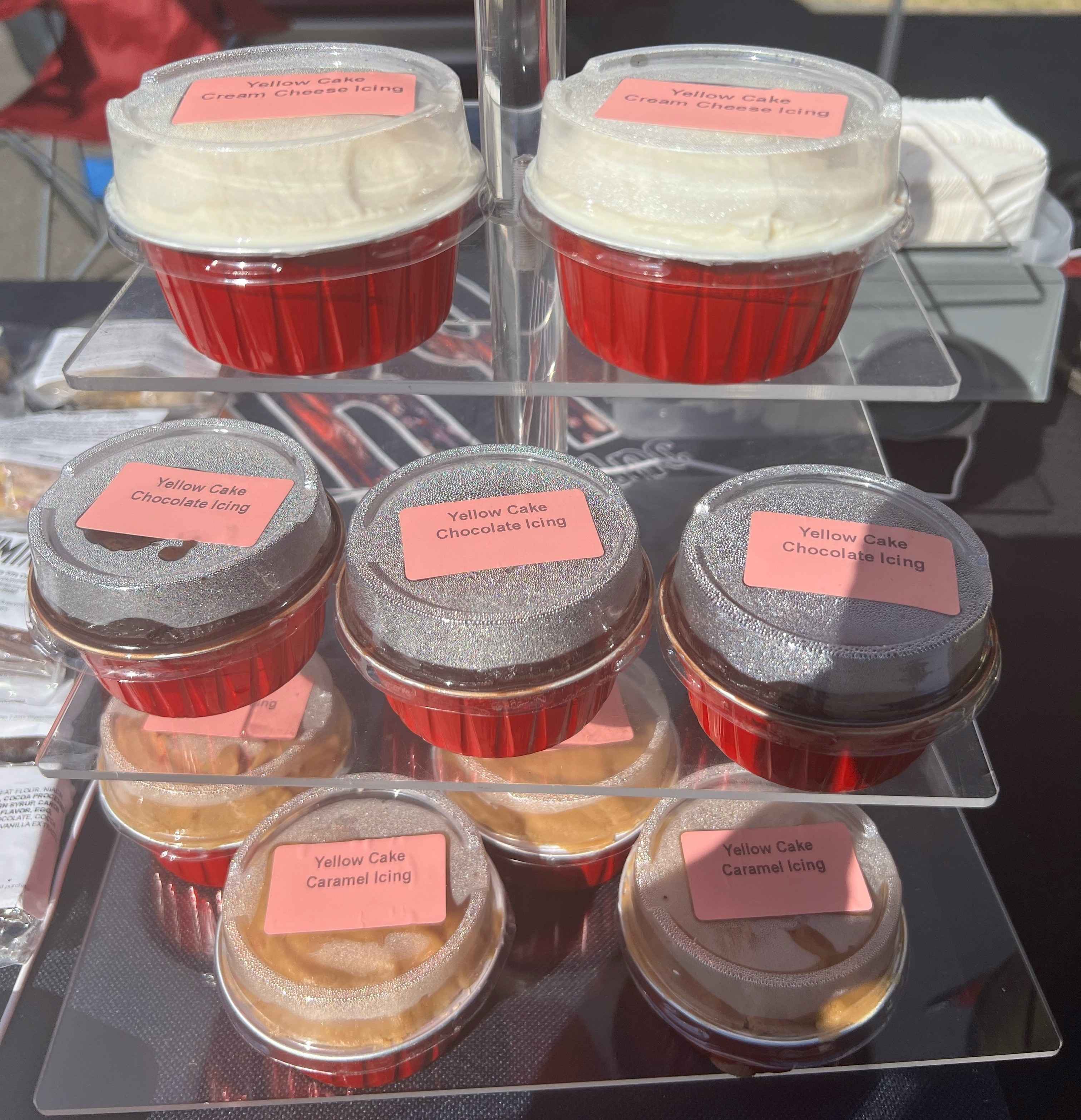 Stephon found Market Wagon on social media and realized it could be a perfect fit as the group looks to bring in a steady source of income 52 weeks a year.

“Ninety percent of our funds come from Market Wagon,” Stephon said. “We depend on Market Wagon to bring in revenue so that we have the money we need to do all our community initiatives.” 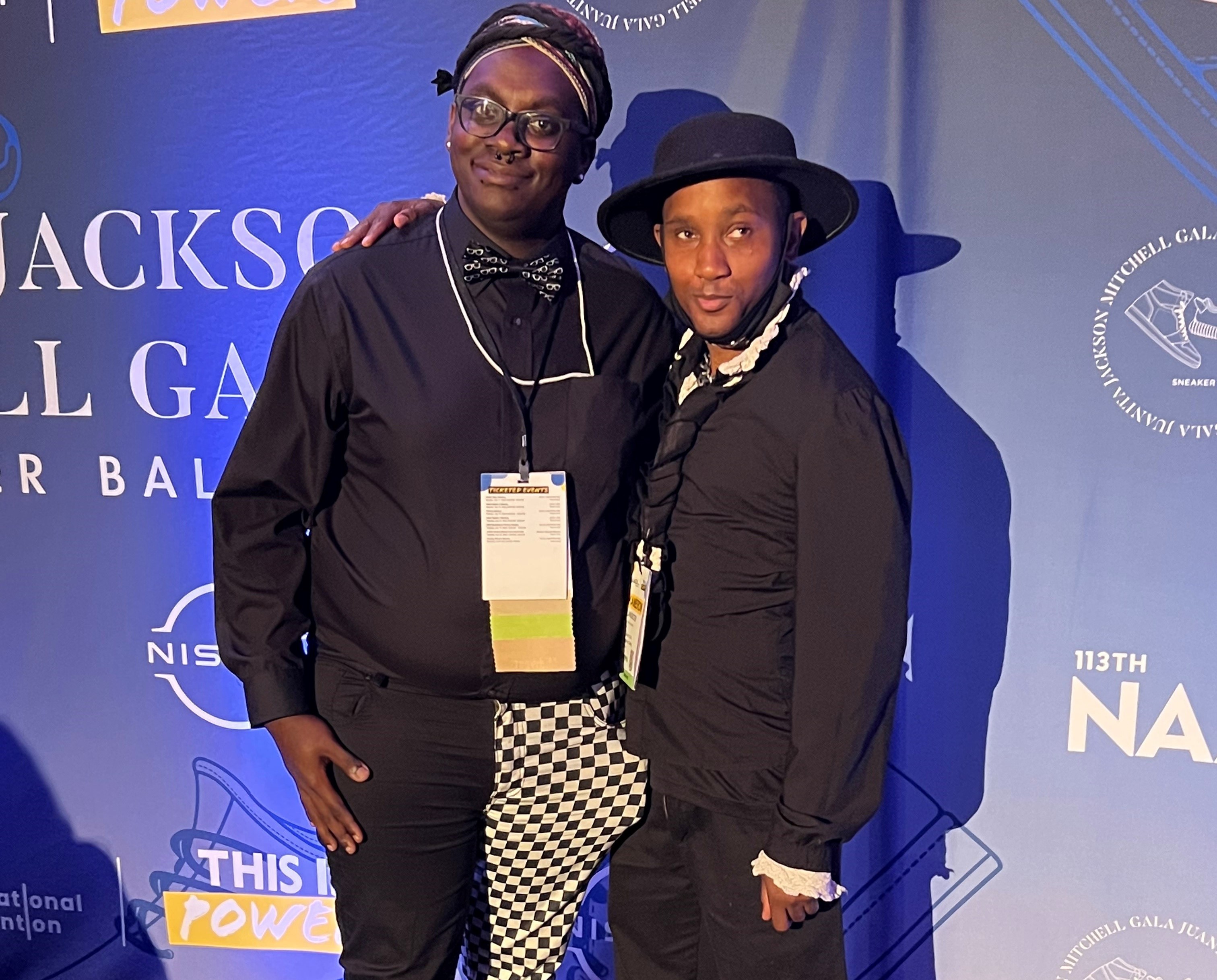 Board secretary Kameron Lancaster is the chief baker (pictured above with Stephon). But when it comes to a small nonprofit like Luminary Comity, it’s truly a team effort with everyone doing everything when needed. Recipes have been perfected from Kameron’s baking background as well as family recipes from Stephon and others.

“We really care about our customers,” Stephon said. “That’s why we put so much love into everything we do.” 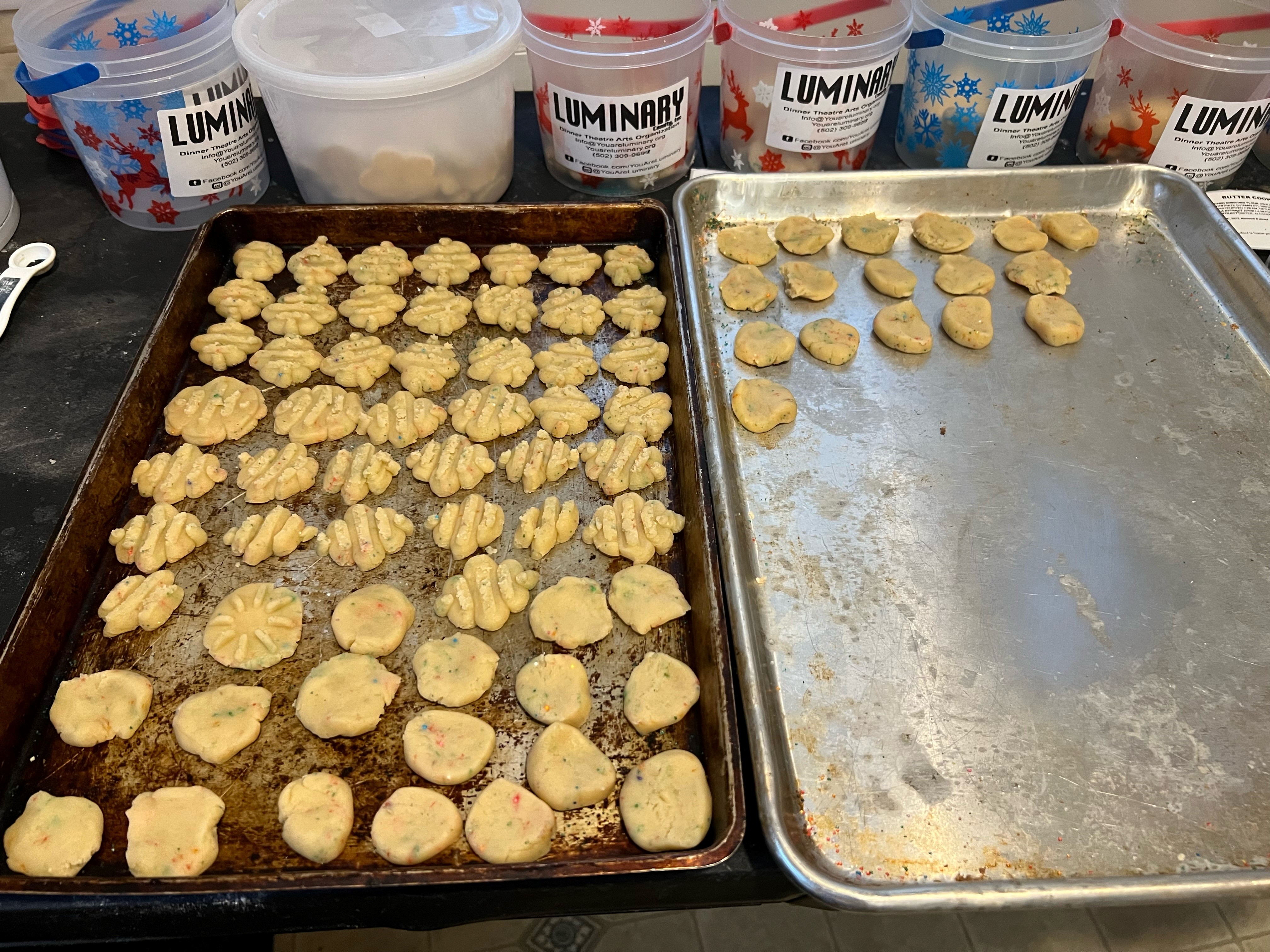 If you’re looking to order on Market Wagon, Stephon says you can’t go wrong with any of the cookies because that’s where it all began. Stephon’s personal favorite is the white chocolate chip. They also come in flavors like cookies & cream chocolate chunk and a seasonal white chocolate chip peppermint cookie.

Stephon also recommends the blueberry bread. He says it takes like jam cake and is a perfect complement to a cup of coffee or glass of milk. Most customers say they’ve never had anything like it. For a more traditional route, customers can also order banana bread. 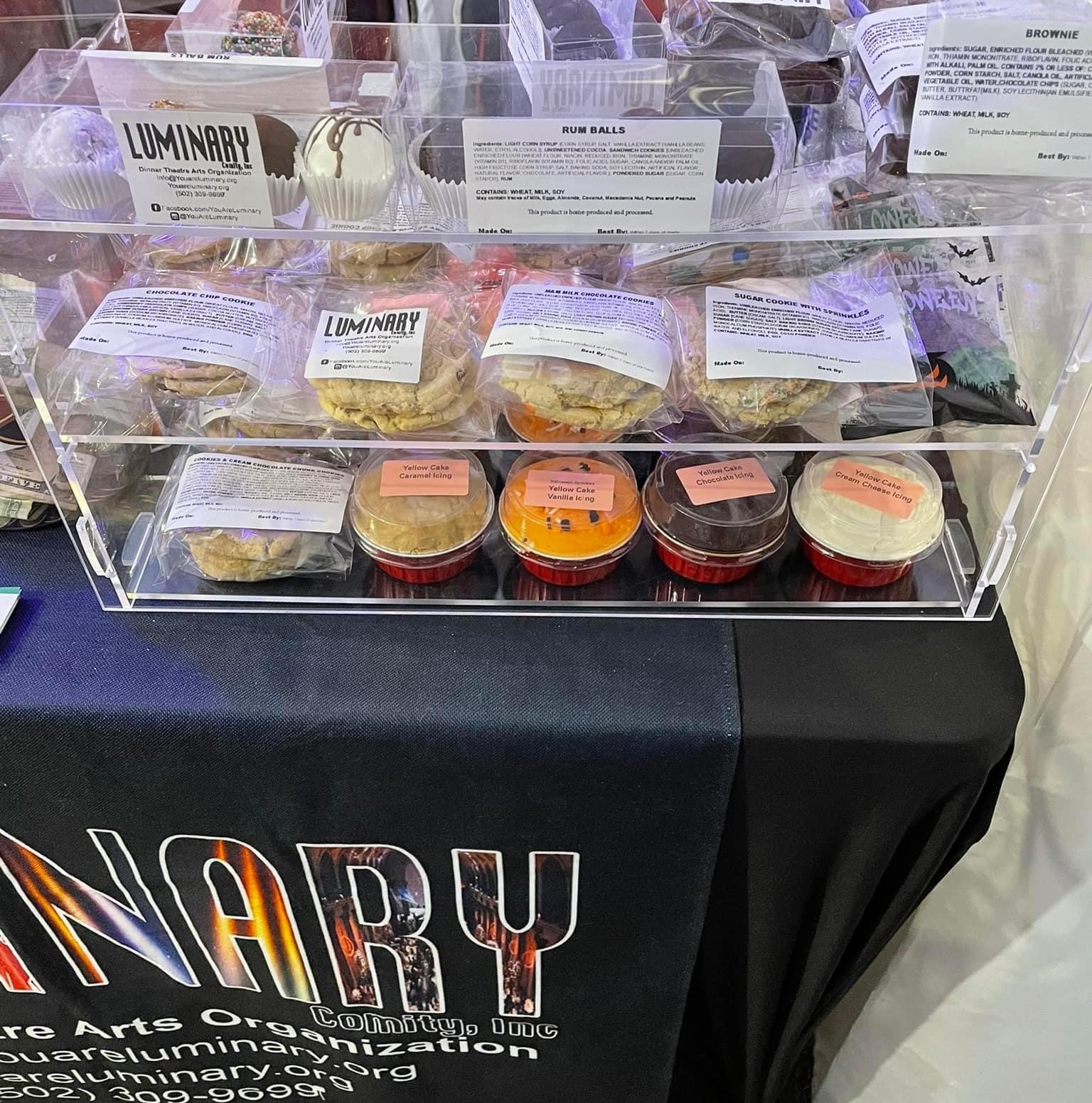