With every handpicked apple, Gilchrist Orchard looks to build a legacy founded on family and faith

The path to Gilchrist Orchard for the Garvins is a bit like an apple tree—not exactly a straight line. Born in Texas, raised in Buffalo (New York), now growing apples in Buffalo (Minnesota), about 30 miles northwest of the Twin Cities. The journey has been guided by family, faith and, like any good tale from the Land of 10,000 Lakes, a little bit of hockey, with an ‘assist’ from a couple of Minnesota girls.

Although the orchard has been around for more than 35 years, this is just the first growing season for the Garvin family. By partnering with Market Wagon, the orchard is able to sell to a much larger audience who may not be able to visit Steve and Tami Garvin at an area farmers market. 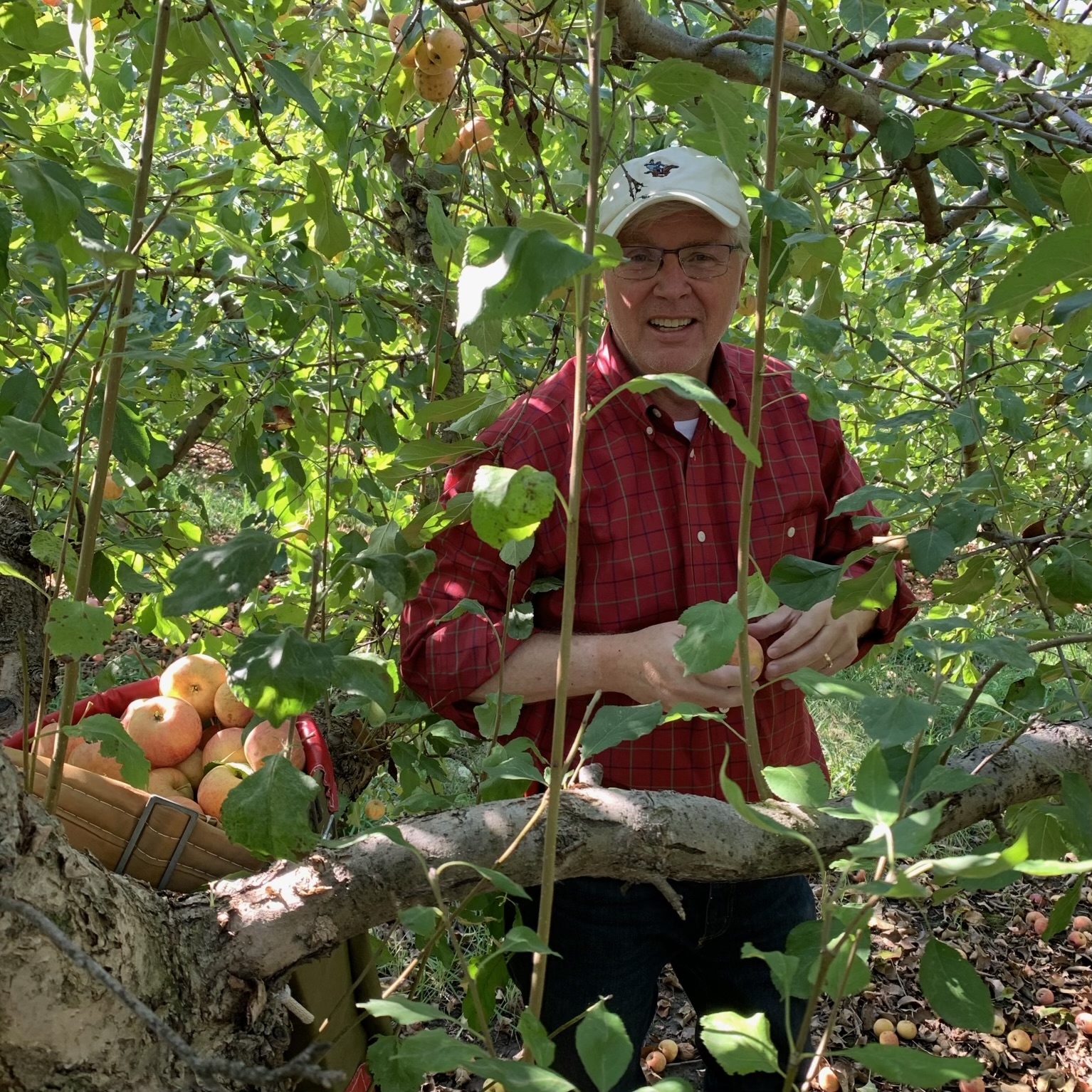 It was outside Dallas where Steve and Tami (pictured below) met, married and had three boys—Jack, Ben and Grant. After 9/11, they decided they wanted to be closer to family and so they moved to Buffalo, New York.

Jack was the first to move to Minnesota, marrying Kirsten whom he met at college. Ben was next, marrying Kate (the only one not from Minnesota). Grant and his wife Calli were third, moving to a Minneapolis suburb after a one-year stint playing professional hockey for the Southern Professional Hockey League—a “dream come true.” 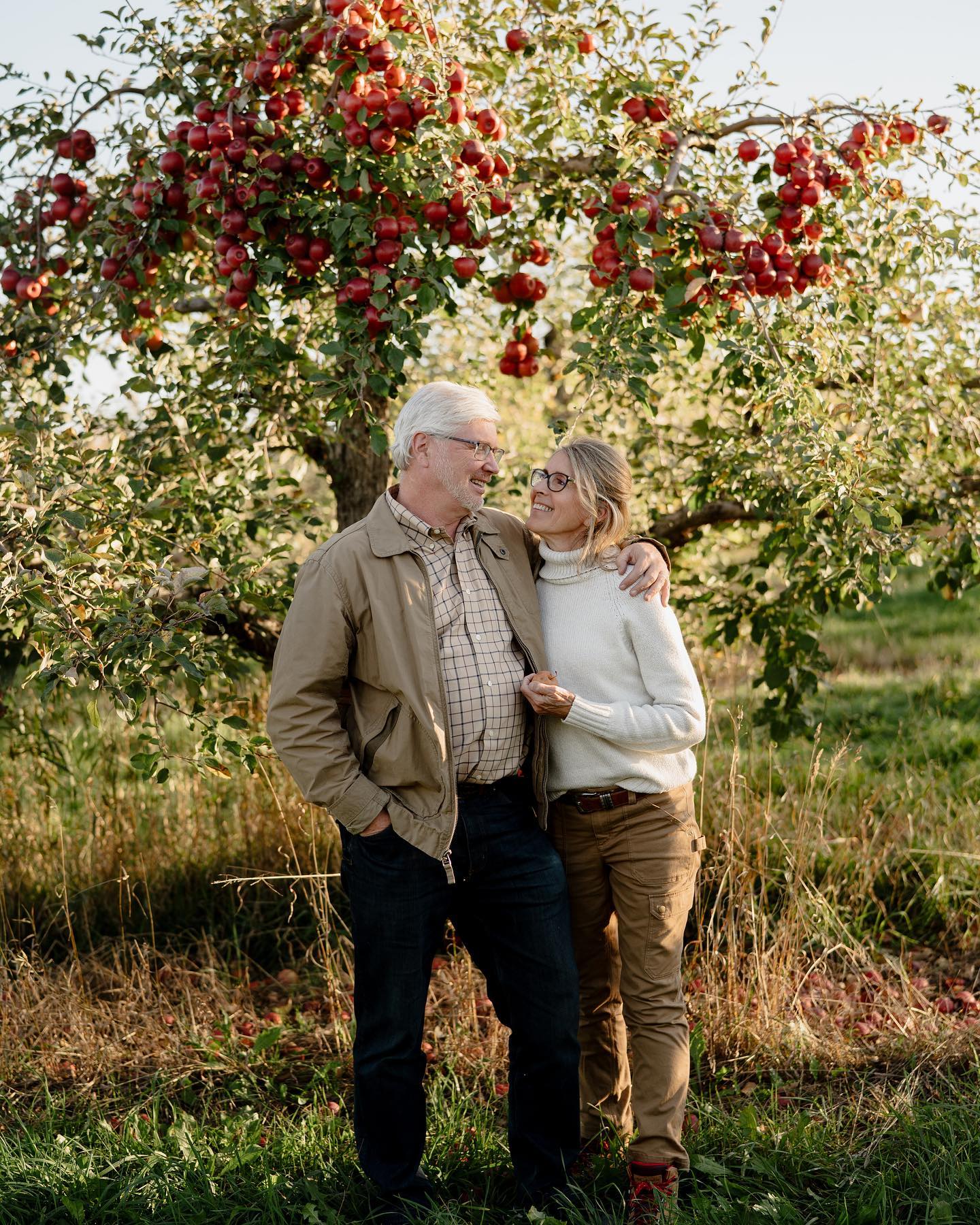 But—in a decision that any grandparent can relate to—it was the pull of grandchildren which finally brought Steve (“Pa”) and Tami (“Ma”) from Upstate New York to Minnesota in 2019. After they arrived, they started looking for land in the country, finally stumbling upon a 45-acre orchard for sale in February 2021 in Buffalo—a very familiar name 985 miles west of the place they had called home for so long.

The plan had never been to grow fruit or farm. They just wanted outside the chaos of city life and a chance to find a few peaceful acres for their family. 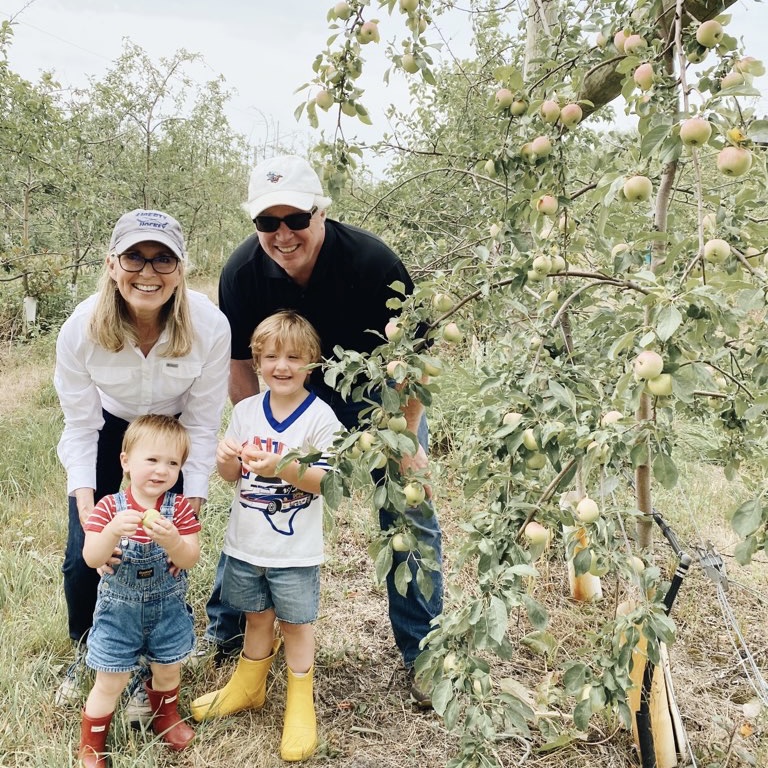 The orchard was being sold by Richard Brown, the man who planted the first fruit trees in 1985. Initially the plan was plums—hence the name Plum Crazy Orchard—but he soon found that the Minnesota climate was much better suited to apples and started cultivating apple trees instead.

Year after year, he kept planting more trees and after 35+ years was up to more than 11,000 trees. Each apple must be picked by hand because the fruit bruises easily. While the staff at the orchard had grown with the number of trees, Richard (pictured below) was ready to step down and let someone else take over. 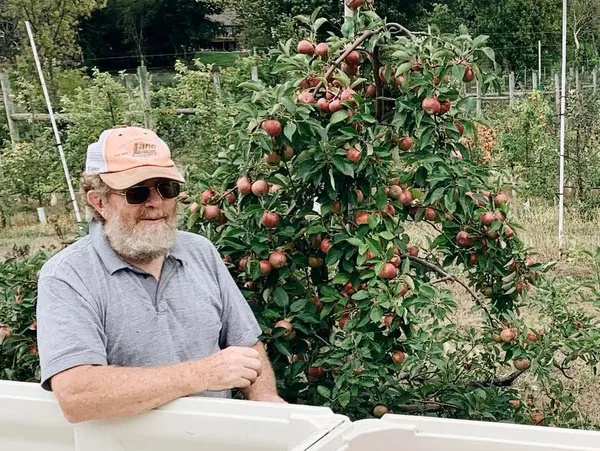 Steve and Tami prayed and thought, then thought and prayed some more. In the end, they decided it was an amazing opportunity and blessing to create a legacy for their children and grandchildren with Gilchrist Orchard.

“Do something that matters,” said Steve. “The chance to grow something ourselves and have our own product to share with others is something that is really important to the entire Garvin family.”

They closed on the property in September 2021, just in time for the harvest season. It’s been a bit of a trial by fire ever since—even as Richard, who still lives next door, has been (and continues to be) a big help and resource. 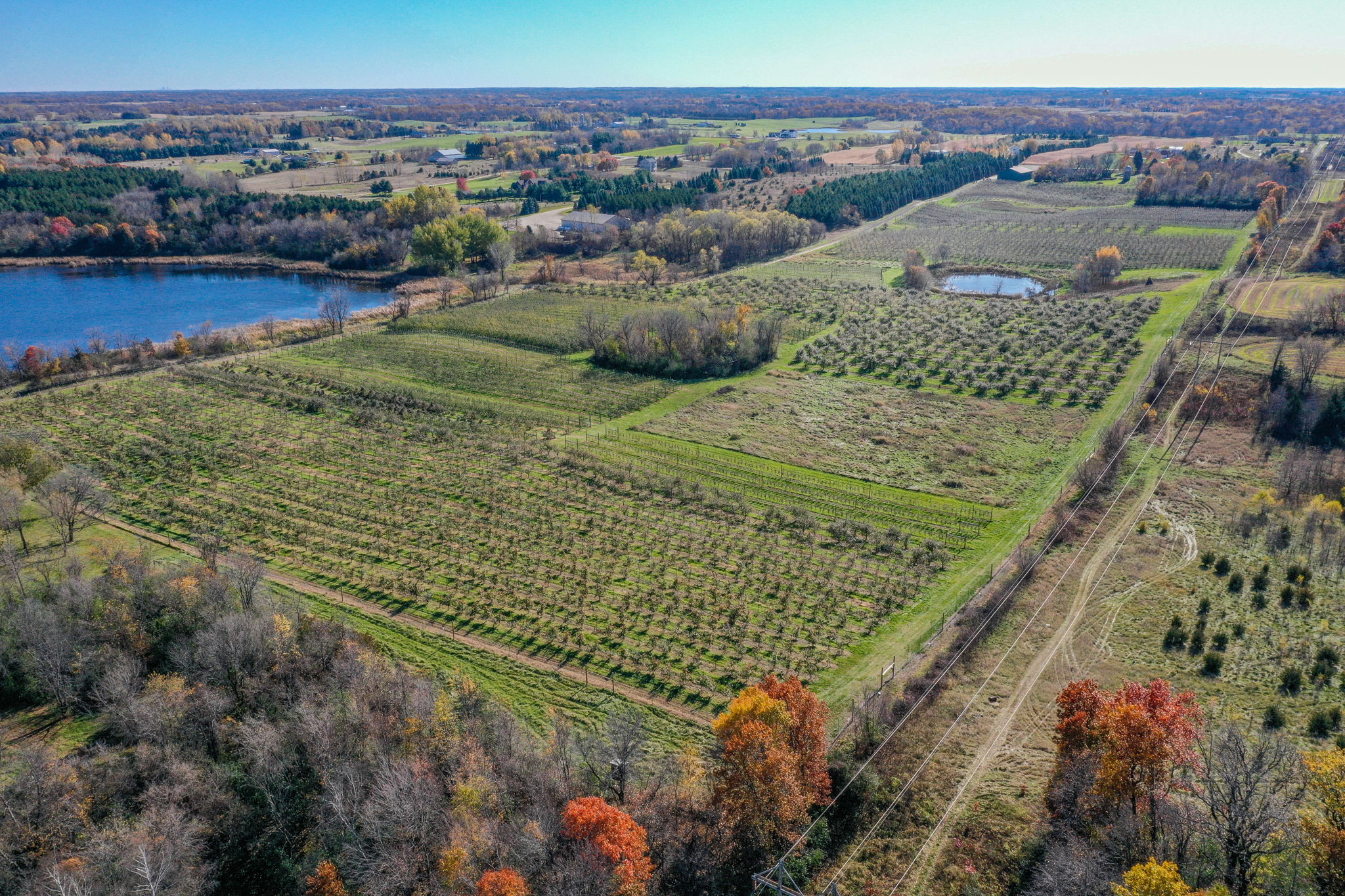 While Steve and Tami are the owners, they both have fulltime jobs elsewhere. The youngest son, Grant (pictured below), is the farm manager. Outside of being able to fulfill his dream of playing professional hockey, he says his second biggest professional blessing was when he could resign from a job he didn’t love to become a fulltime farmer.

“We really care about the apples,” Grant said. “We really want to do this and do it well. We love it. It’s hard work but so rewarding.” 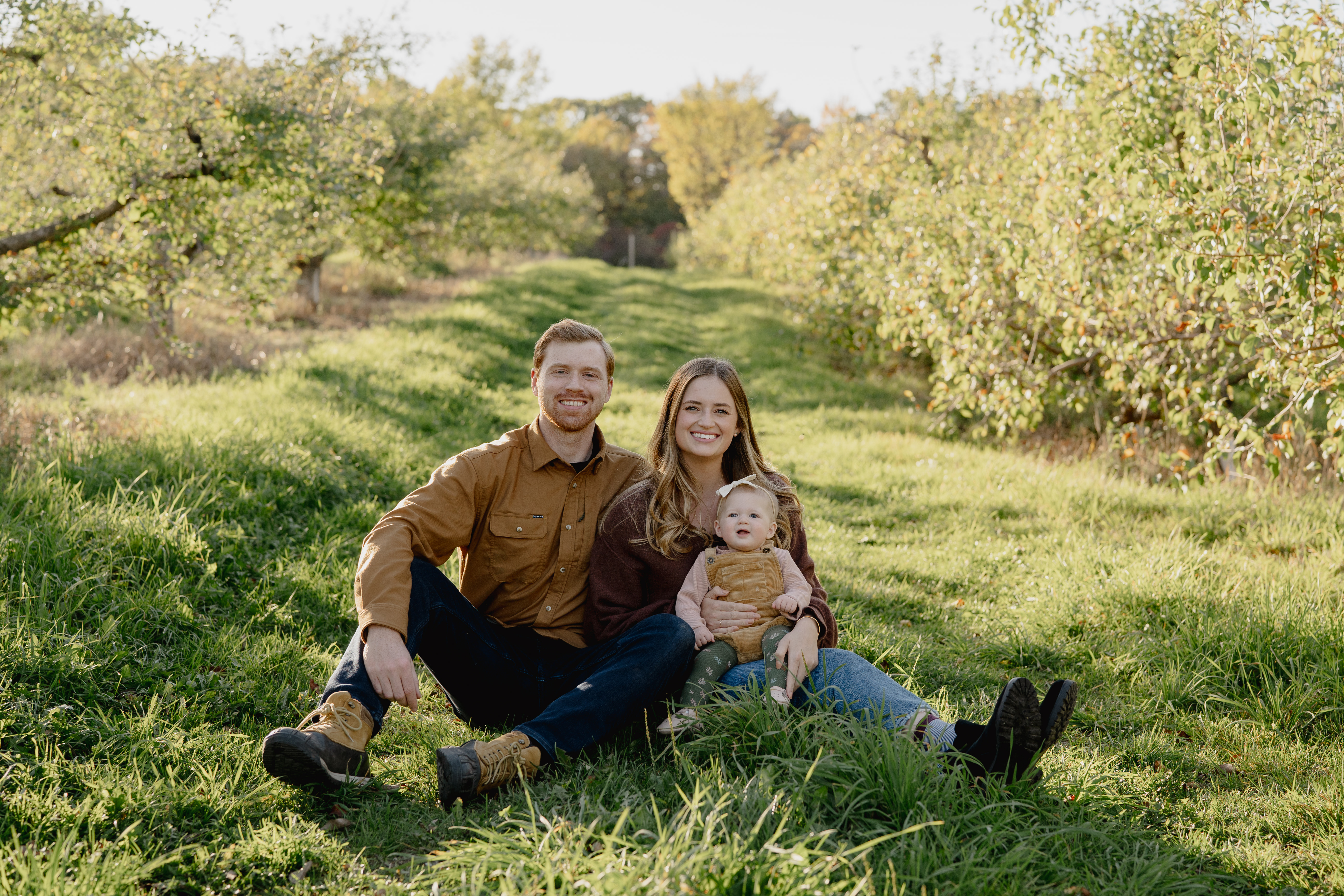 While Grant oversees the farm, there’s also about 25 seasonal staff who are vital to the success of Gilchrist Orchard, picking, washing and sorting the apples so they’re ready for sale—some have been doing it for nearly 20 years now. 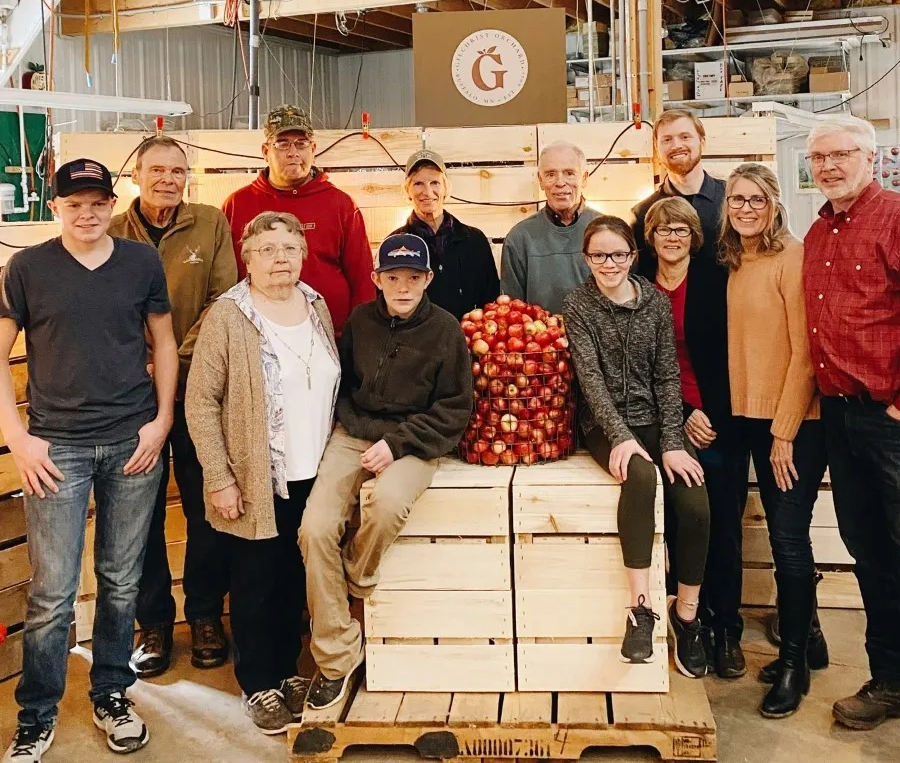 Market Wagon has become an exciting new revenue stream for the operation. With one single drop-off point, the Garvins can reach customers across a 7-county region of the Twin Cities. Plus, they don’t have to spend valuable family time at an additional famers market where the attendance can vary depending on the crisp Minnesota weather. 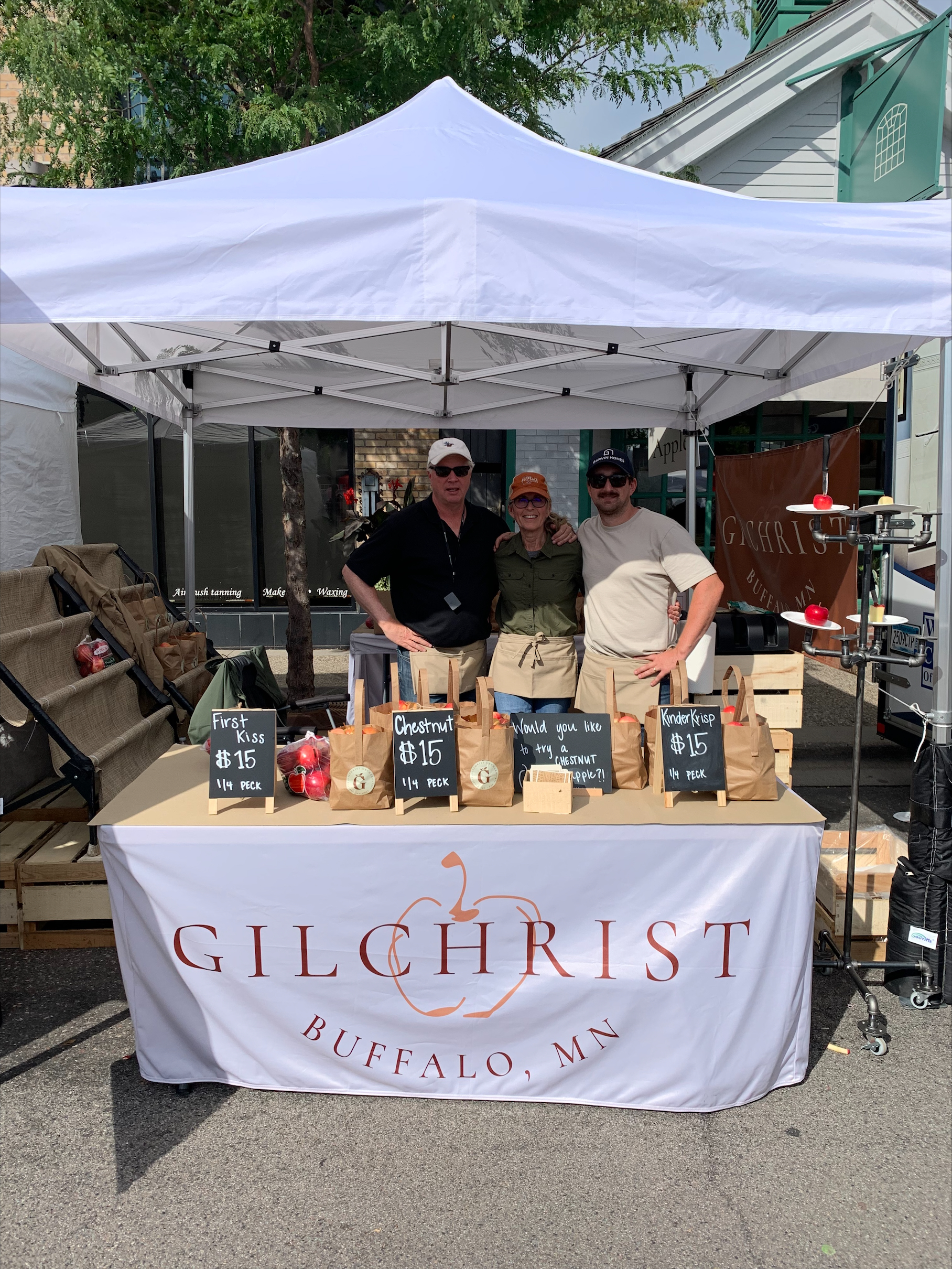 When apples are sorted, they are separated into three groups. “Firsts” are retail quality which no blemishes. “Seconds” have a mild blemish but are still great for eating and baking—plus you get about double the quantity for the same price as “firsts.” “Thirds” are ones that are sold wholesale for apple cider.

Gilchrist Orchard is aggressively pursuing a more holistic approach and uses an integrated pest management system. Instead of spraying pesticides as a preventative measure, like many conventional orchards do, Grant only sprays a tree as a last resort—based on bug traps which are scattered throughout the orchard. 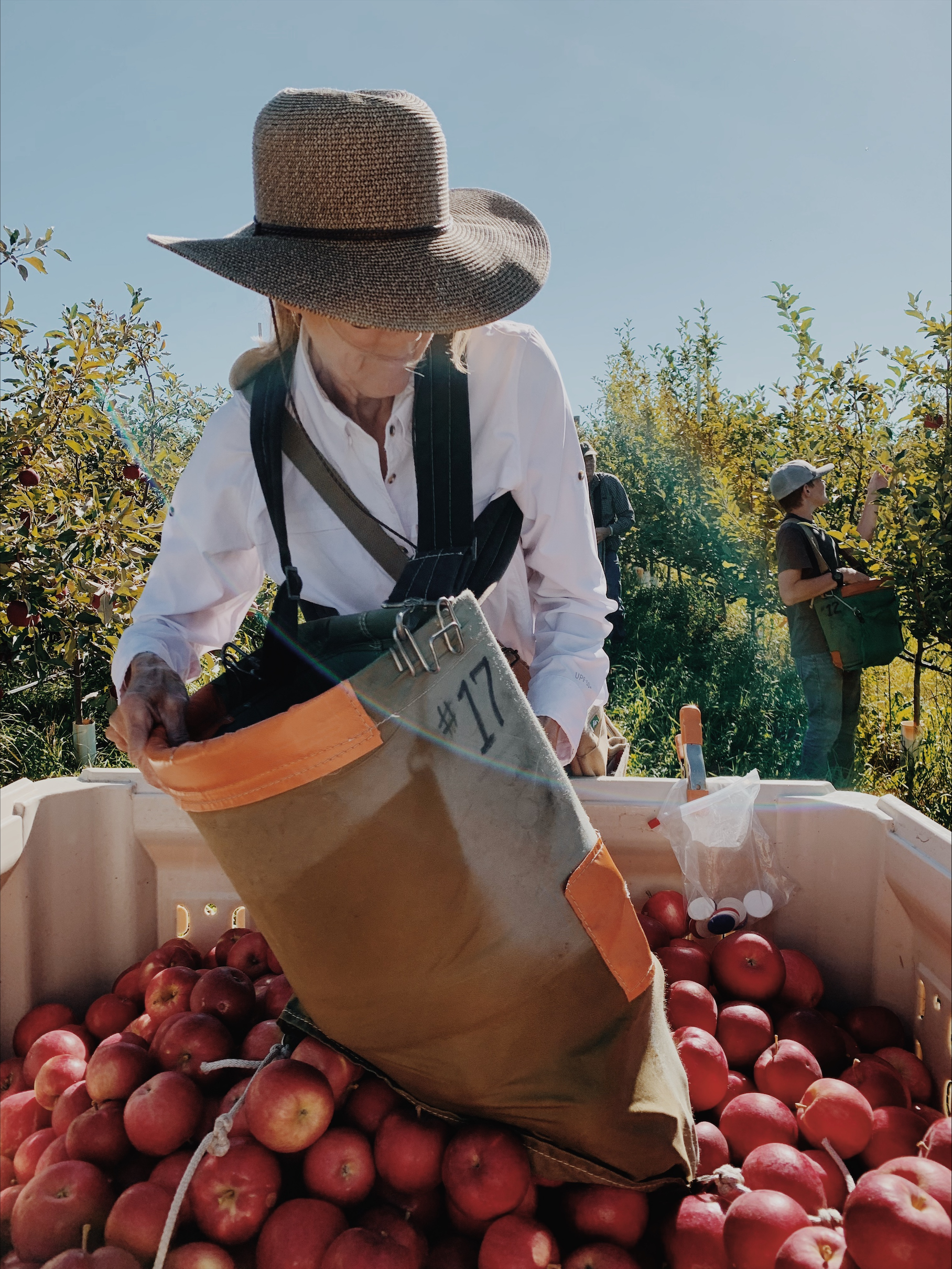 It was not easy picking a new name for the business. The Garvins didn’t want to name it for themselves because they felt it wasn’t about them. After brainstorming as a family, someone finally suggested the name “Gilchrist” because the orchard has about 600 feet of waterfront property along Gilchrist Lake. The family liked that it started with “G.” But when they learned that it’s a Gaelic surname which means “servant of Christ,” they decided it was perfect.

“Our Christian faith and values are incredibly important to all of us,” Grant said. “While we have a strong love for each other, our love of Jesus is above all.” 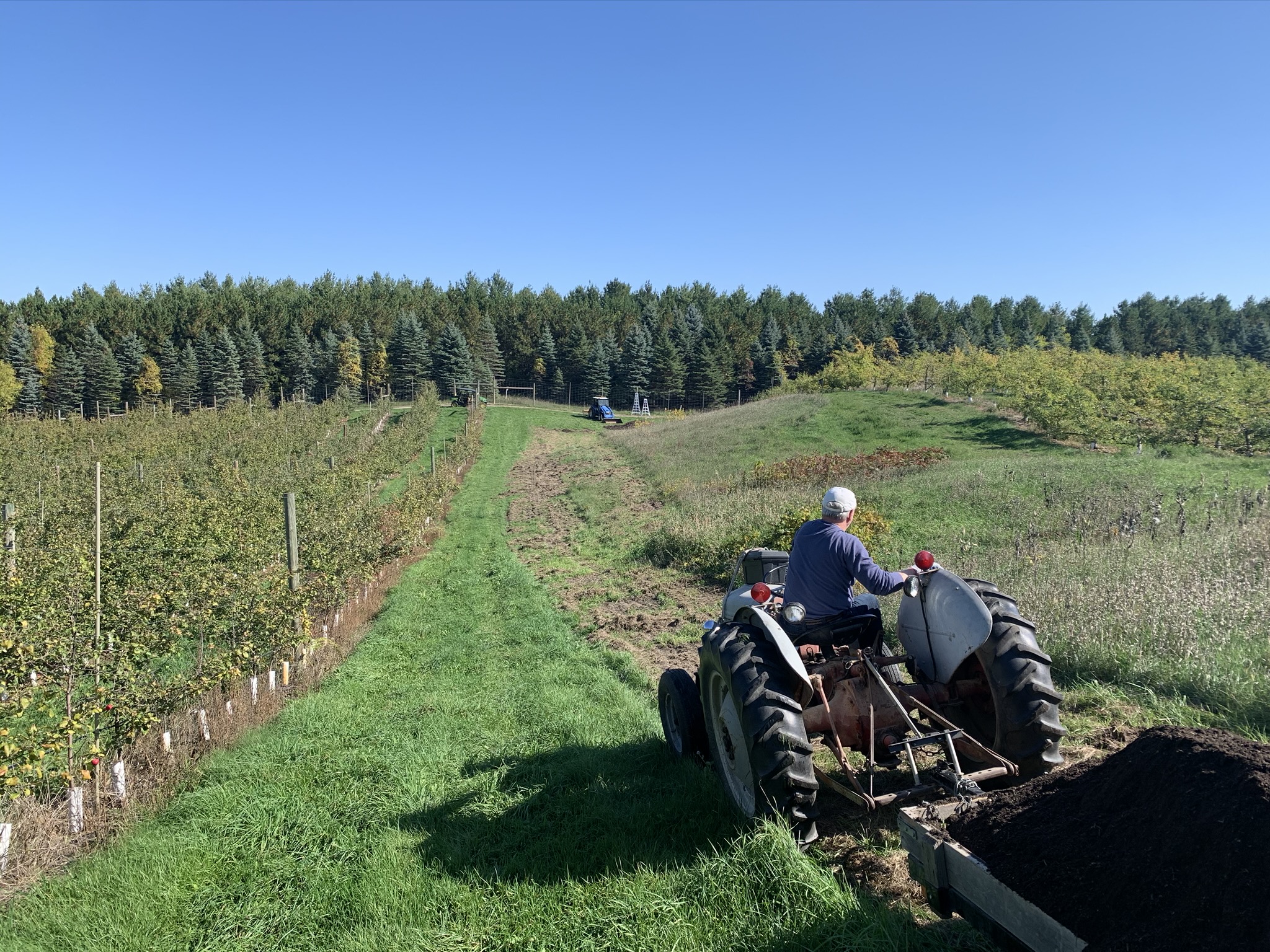 While Gilchrist Orchard grows 12 varieties of apples, Honeycrisp is the dominant tree, making up about 40% of the orchard. It’s also the most popular option on Market Wagon. It’s an apple (pictured below) that originated in Minnesota in the 1970s and is the official state fruit. The Honeycrisp is a premier eating apple because it is sweet and juicy, as well as crisp and crunchy. It also is a tasty choice for cooking and baking.

You can also check out the KinderKrisp apple which was developed in 2017 by a Minnesota fruit breeder and is a direct descendent of the Honeycrisp. It’s a bright red apple with faint white speckles. 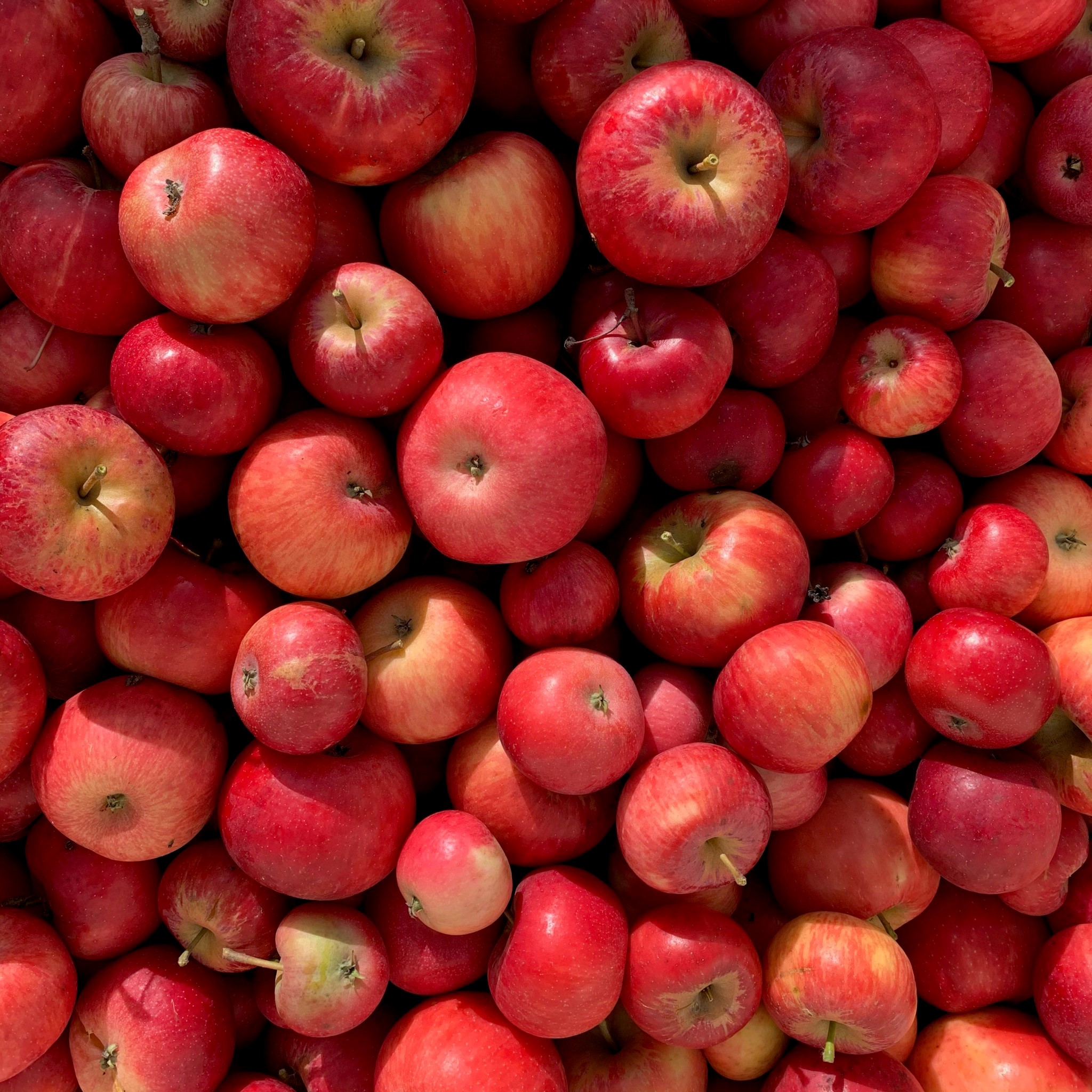 The Sweet Chestnut makes up another 35% of the orchard. It’s also a Minnesota native. Grant calls it a “little-known wonder” and promises that it may be small, but it packs a big wow! The fruit has a subtle sweet flavor with a crisp and snappy bite. It also is a perfect size for a kids snack or lunch box.

Last, but certainly not least, check out the Haralson apple. It used to be the most popular apple until the Honeycrisp burst onto the scene. It’s a little firmer and makes for the perfect tart apple pie recipe. 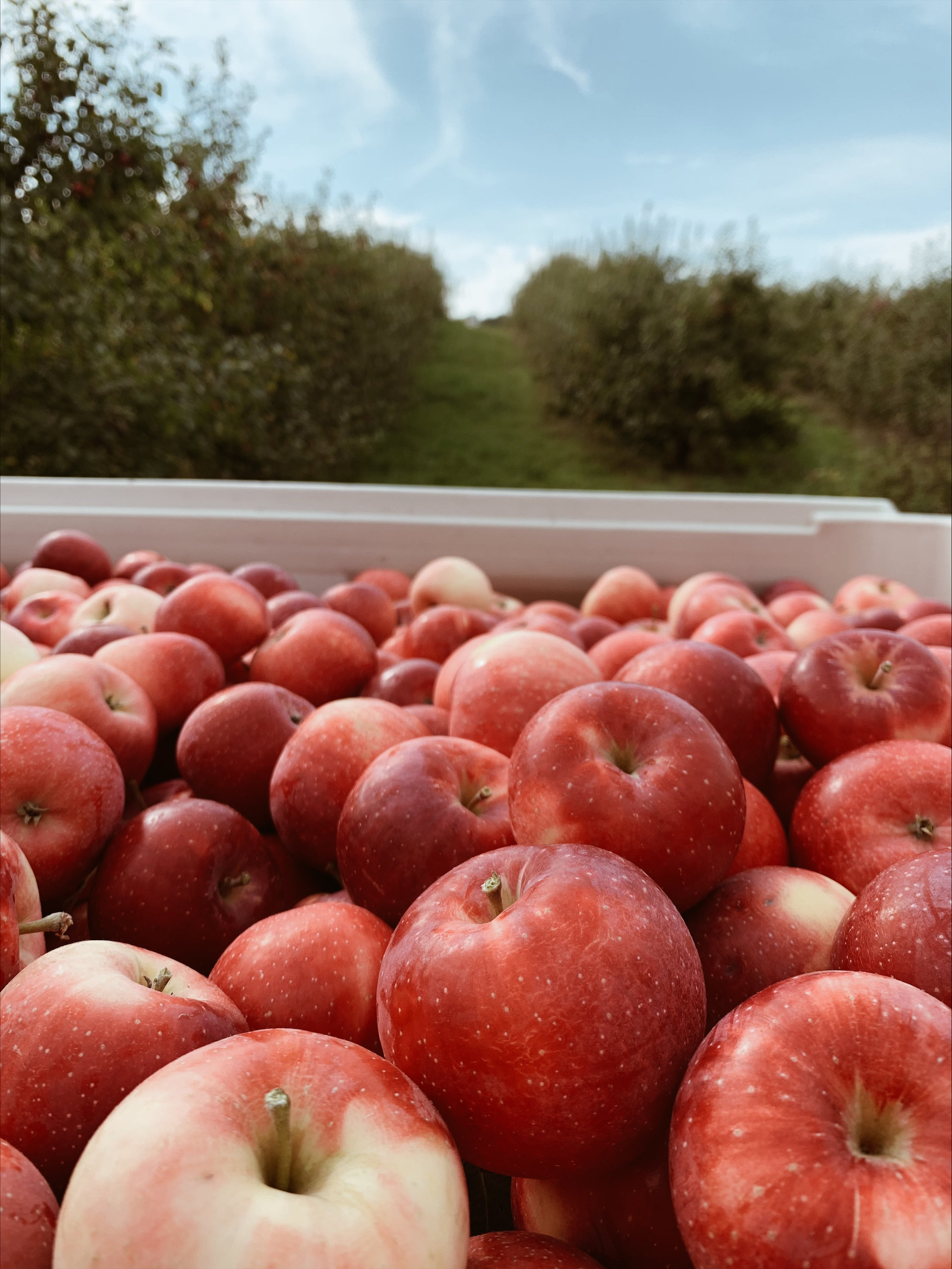 Grant believes the legacy is just beginning for the Garvin family and Gilchrist Orchard. One day he hopes that Gilchrist can open a U-pick operation with an adjoining farm shop onsite as well as its own Gilchrist Orchard apple cider. Because while Texas and New York are important parts of the story, it’s Buffalo, Minnesota, which feels like home. 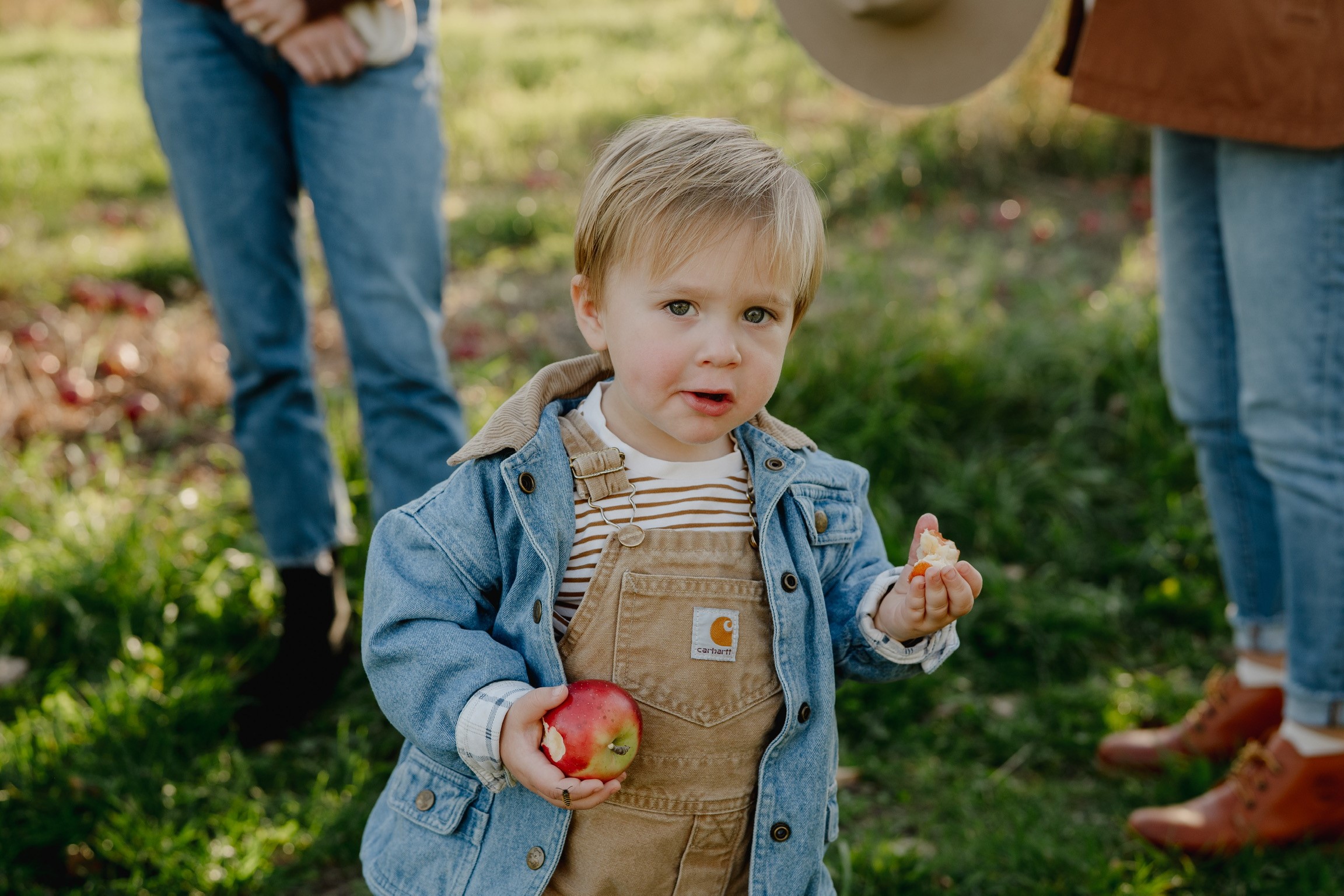