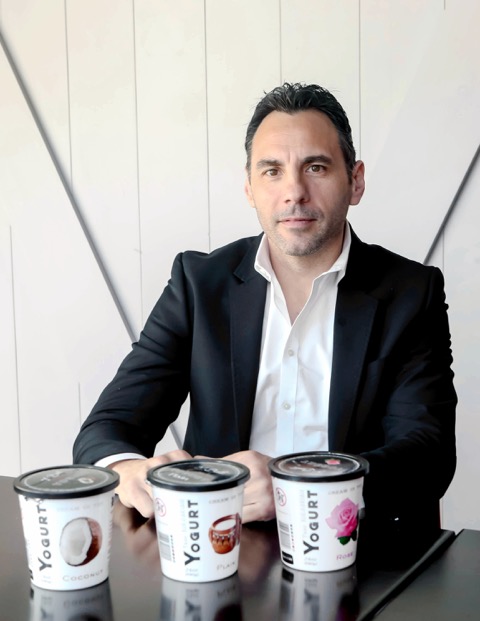 Bulgarian Yogurt - Treasured for both Flavor and Health

Everyone has those foods that conjure up feelings of home. Maybe it was a favorite holiday meal, or Friday night pizza, or Grandma’s hot chocolate. For Teddy Ivanov, it’s yogurt. Not just any yogurt – Bulgarian yogurt, the yogurt he grew up with in his hometown of Sofia, Bulgaria.

Now the founder and CEO of YoBul!, he is offering Market Wagon customers the same flavors and health benefits from the Bulgarian yogurt he once enjoyed in Bulgaria.

Locally sourced yogurt is a staple in Bulgarian homes. Bulgarian recipes include yogurt in soups and salad, or just with walnuts and honey as a snack. Teddy remembers having a glass of yogurt thinned with a little water as a thirst-quenching drink during the summer. “We didn’t drink soda pop,” he reminisced.

When Teddy immigrated to the United States in 1998 to begin a career as a chef and restaurant owner, he knew the yogurt here wasn’t the same as the yogurt he grew up with. It wasn’t until a 2009 trip back to Bulgaria that he remembered what he had been missing.

But Teddy knew it wasn’t just the taste of home he was missing, but the health benefits of Bulgarian Yogurt, too. Teddy cites Bulgaria yogurt as the source of the long life span of the Bulgarian people.

YoBul! yogurt uses locally sourced A2 milk produced by Jersey cows. A2 milk contains no A1 beta-casein, which is the specific protein that is linked to milk intolerances.

YoBul! has no additives, and Teddy challenges everyone to look at the ingredient list on any other yogurt. He talks passionately about how YoBul! is produced in small batches from preorders. YoBul! is cup packed and not stirred and develops the expected consistency there. Mass-produced yogurt is “stirred” before packaging and must contain stabilizers.

Now Market Wagon customers can enjoy what Bulgarians have known throughout the centuries: A yogurt with a distinct taste made from locally sourced milk with no additives and a variety of health benefits.

And for Teddy Ivanov - “It just tastes like home.”