As the world was shutting down in the spring of 2020, Keegan and Callie Knobloch, were working to get their new business, Woven Meat Co, off the ground—an exercise made even more ironic since Keegan is a trained airplane mechanic.

Partnering with Market Wagon has given Keegan and Callie the opportunity to grow their business without big investment of time or money. Both are very valuable commodities with an 8-month-old son named Cort, born in the middle of it all. 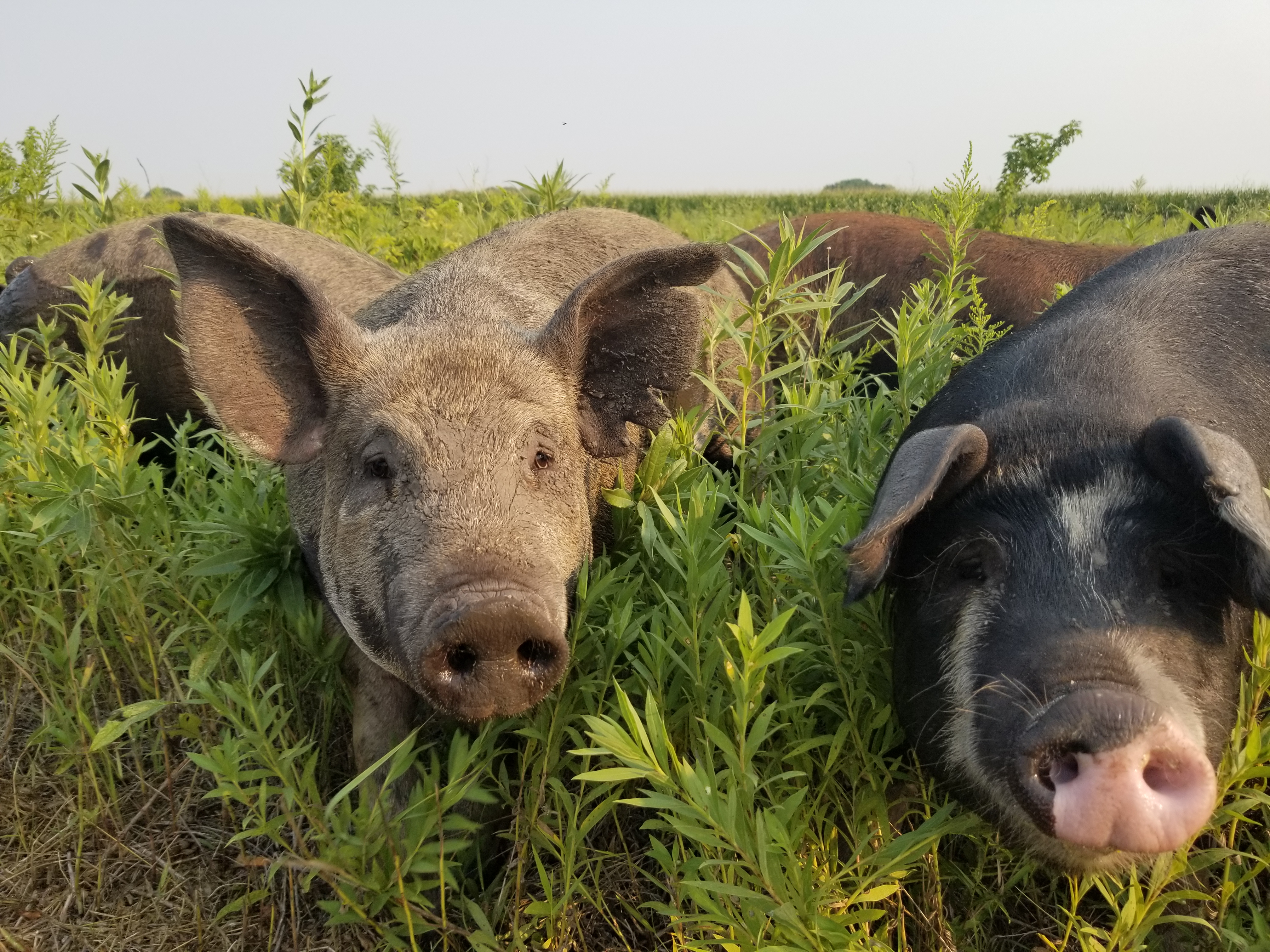 Both Keegan, 25, and Callie, 22, grew up on farms but chose different career paths, at least at first. While Keegan worked at a small airport on crop dusters, Callie was a receptionist.

But Keegan didn’t really believe in what he was doing, supporting industrial agriculture. It was his business in the sky that inspired his desire to get back to the land. 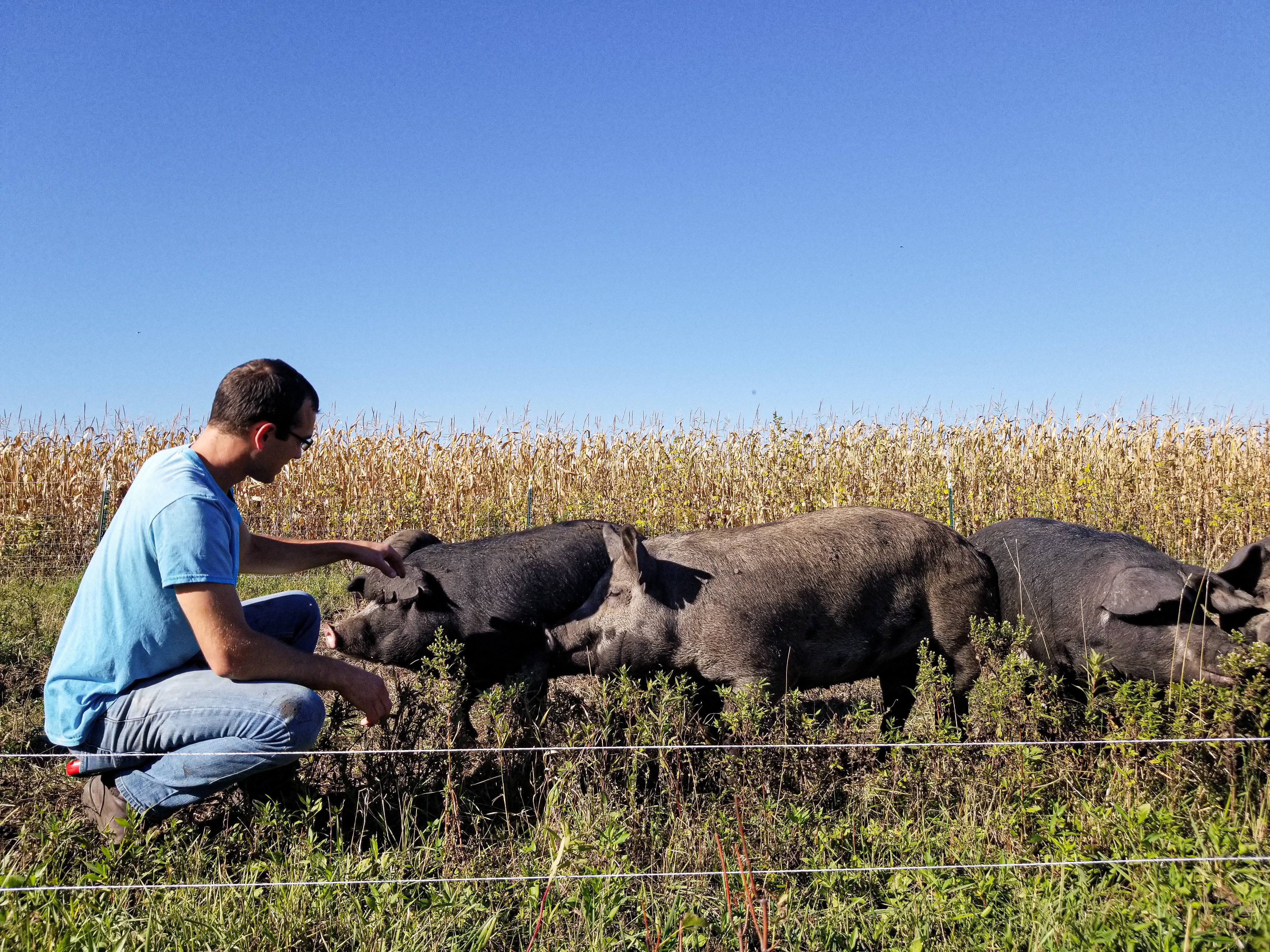 Keegan, always the numbers guy, crunched the numbers on spreadsheets to make sure it would work. The opportunity came when a nearby landowner agreed to let the Knoblochs move animals onto his property after Keegan wrote a letter.

So, while a global pandemic was keeping family and friends apart in April 2020, Keegan and Callie were focused on starting a business aimed at bringing people together over a dinner table. 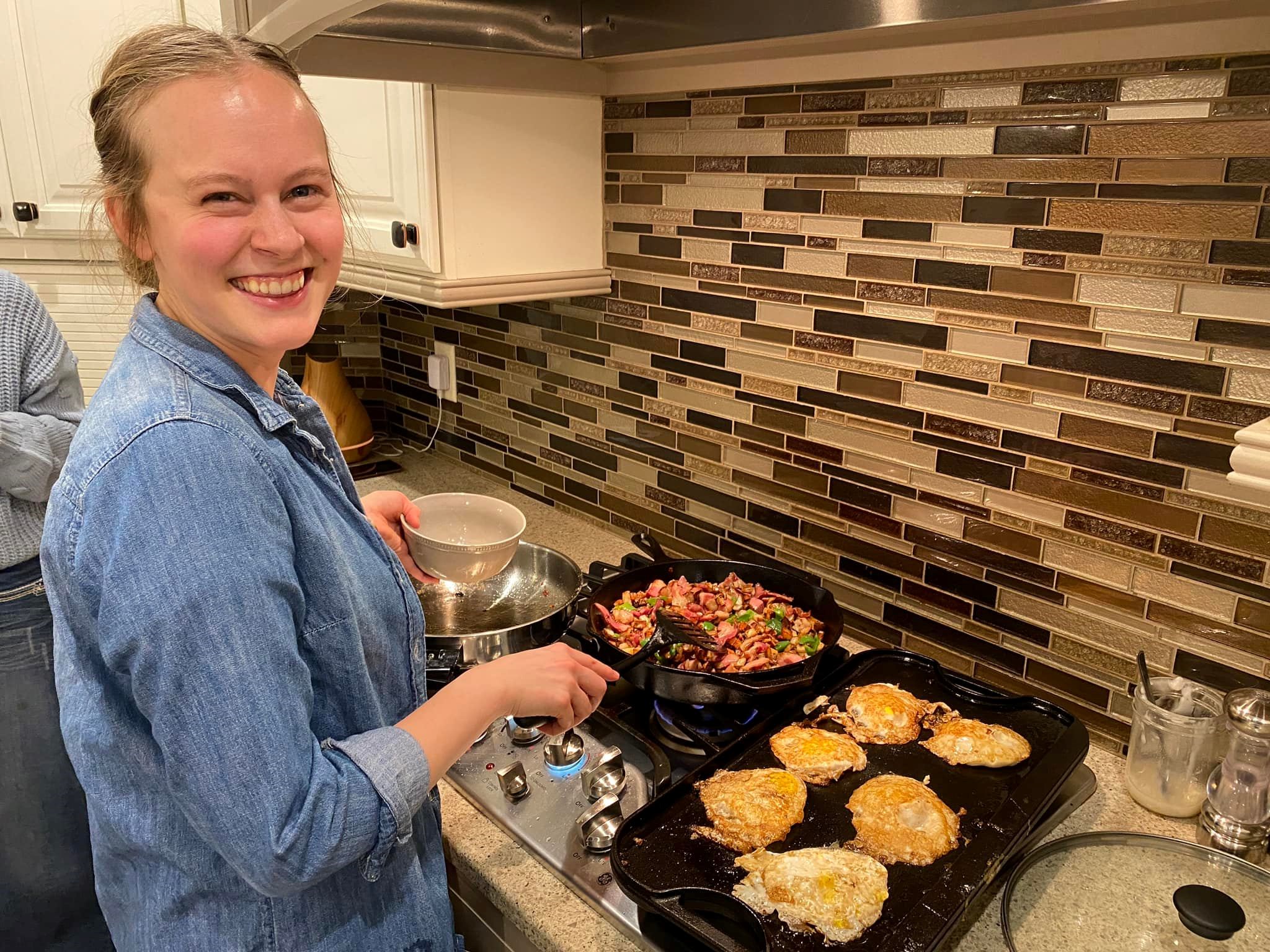 Family is at the forefront of all the Knoblochs do.

It's no accident they named their operation Woven Meat Co.

“We are trying to weave all of nature and our human health and how God created this world all together,” Callie said. 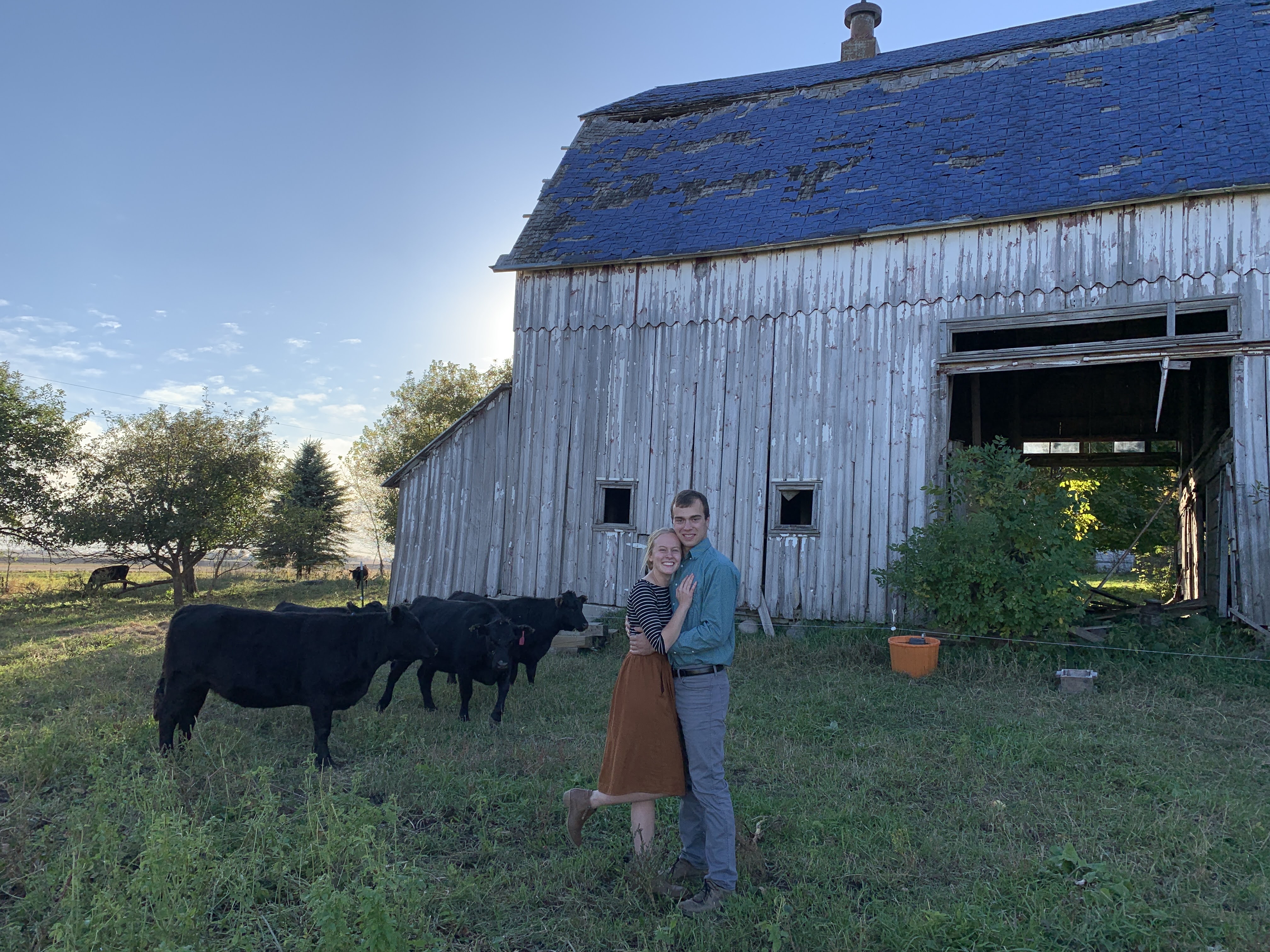 Pigs are moved to different pastures every week or two to make sure they have plenty of fresh greens to eat along with some non-GMO feed. The cattle are both grass-fed and grass-finished. No pesticides, herbicides, antibiotics or growth hormones are used on the farm.

They started with just two cattle and ten pigs. When Callie was put on furlough during the pandemic, it only gave her more time to farm. And it has allowed them to multiply the size of their operation. 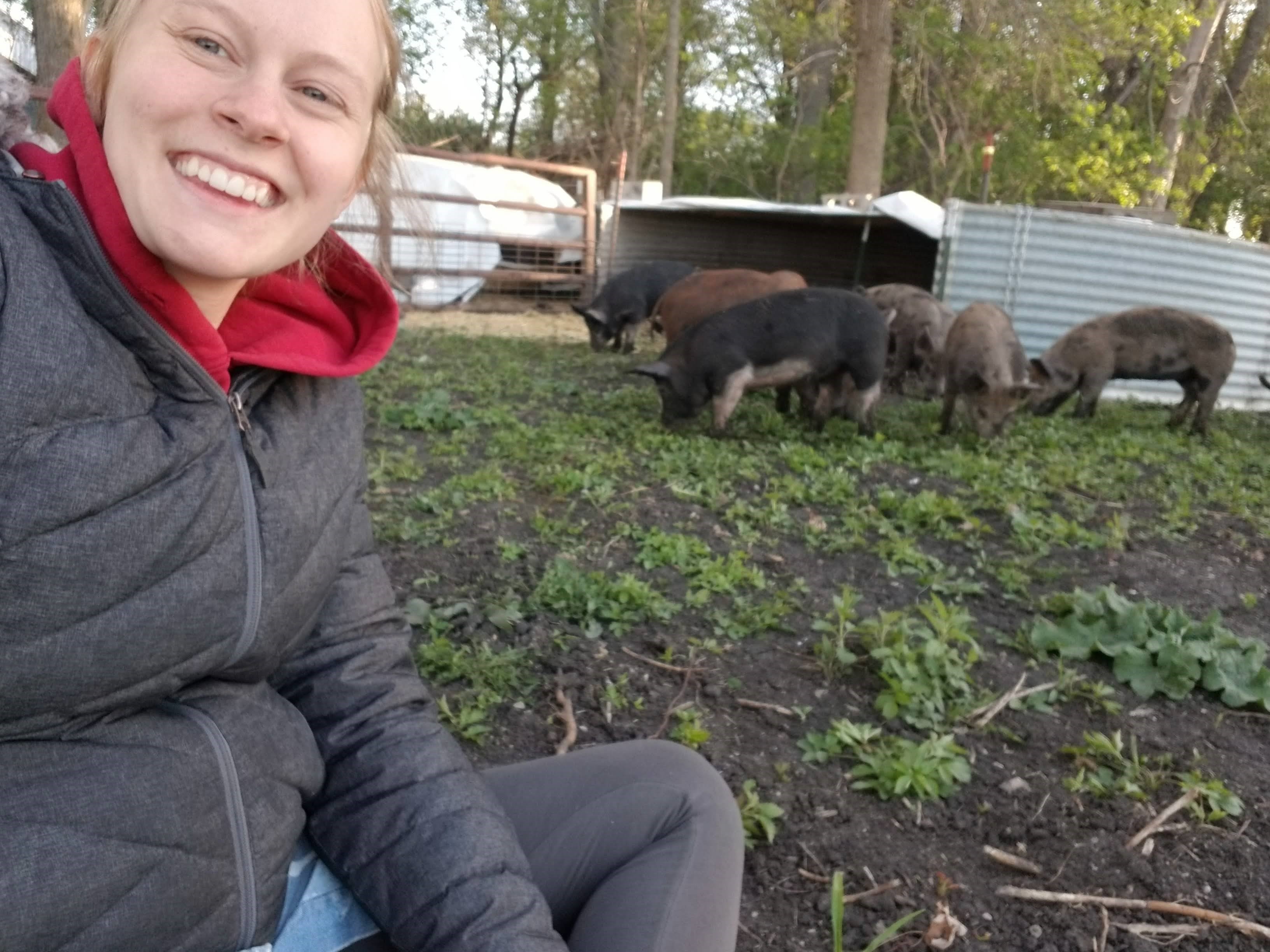 Market Wagon has been an important source of income for Keegan and Callie, especially during the long Minnesota winter when it’s too cold or snowy for traditional farmers markets to operate.

The online platform has also helped Woven Meats connect to a much larger pool of customers in the Twin Cities from their home outside Winthrop, more than an hour southwest of Minneapolis.

“It is an awesome opportunity to get in front of new people and just a great market. It’s super easy,” Callie said. 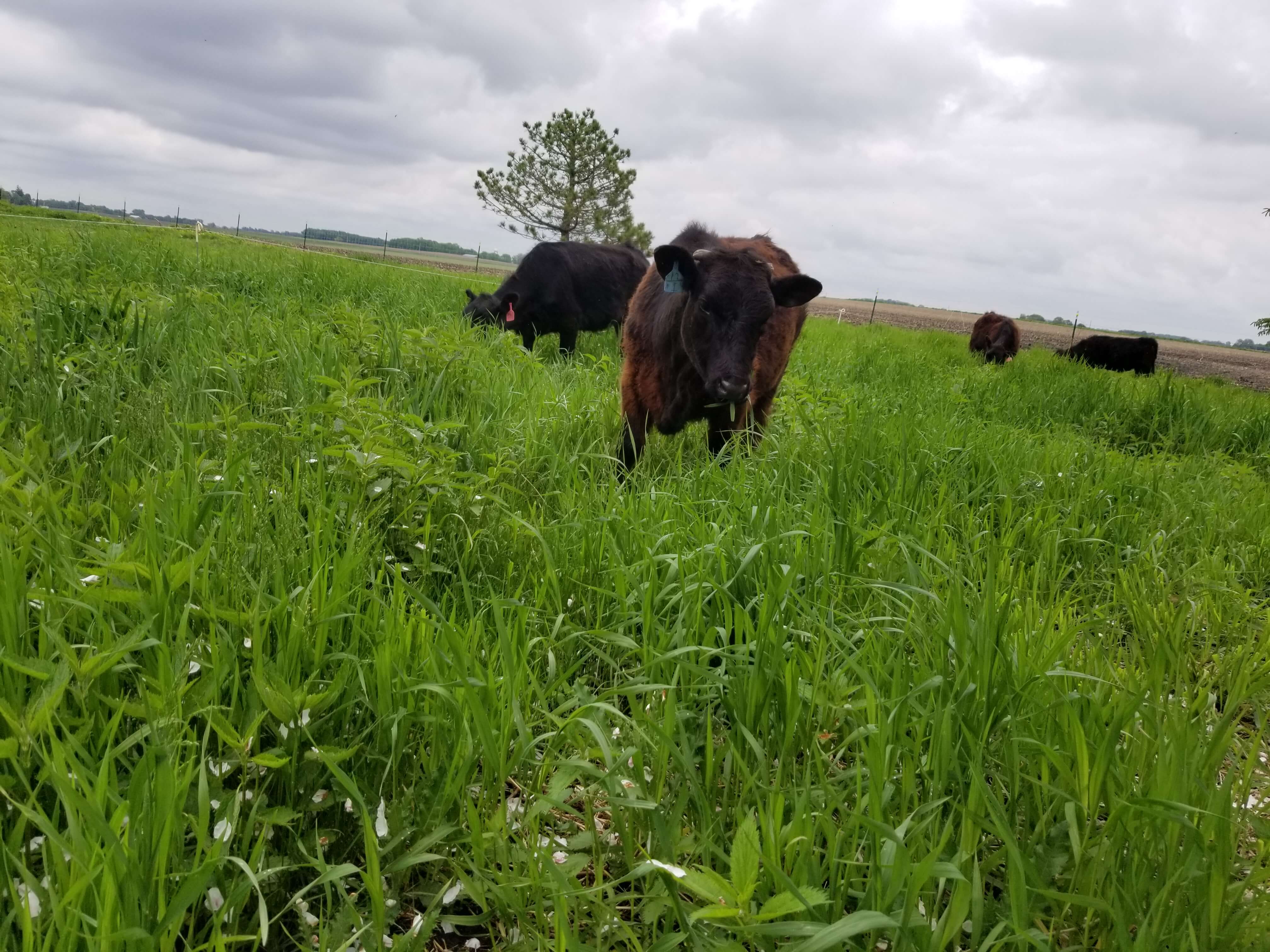 When it comes to customer favorites, it all starts with Woven Meat Co’s smoked bacon which has been cured to perfection and is cut in thick slices showcasing the flavor of the meat.

Callie also recommends the thinly sliced ham which tastes completely different from anything you can buy at the grocery. “It’s so good,” she said. Also check out the delicious boneless pork chops which, unlike store-bought chops, have lots of fat and flavor thanks to the all-natural methods used by Woven Meat. 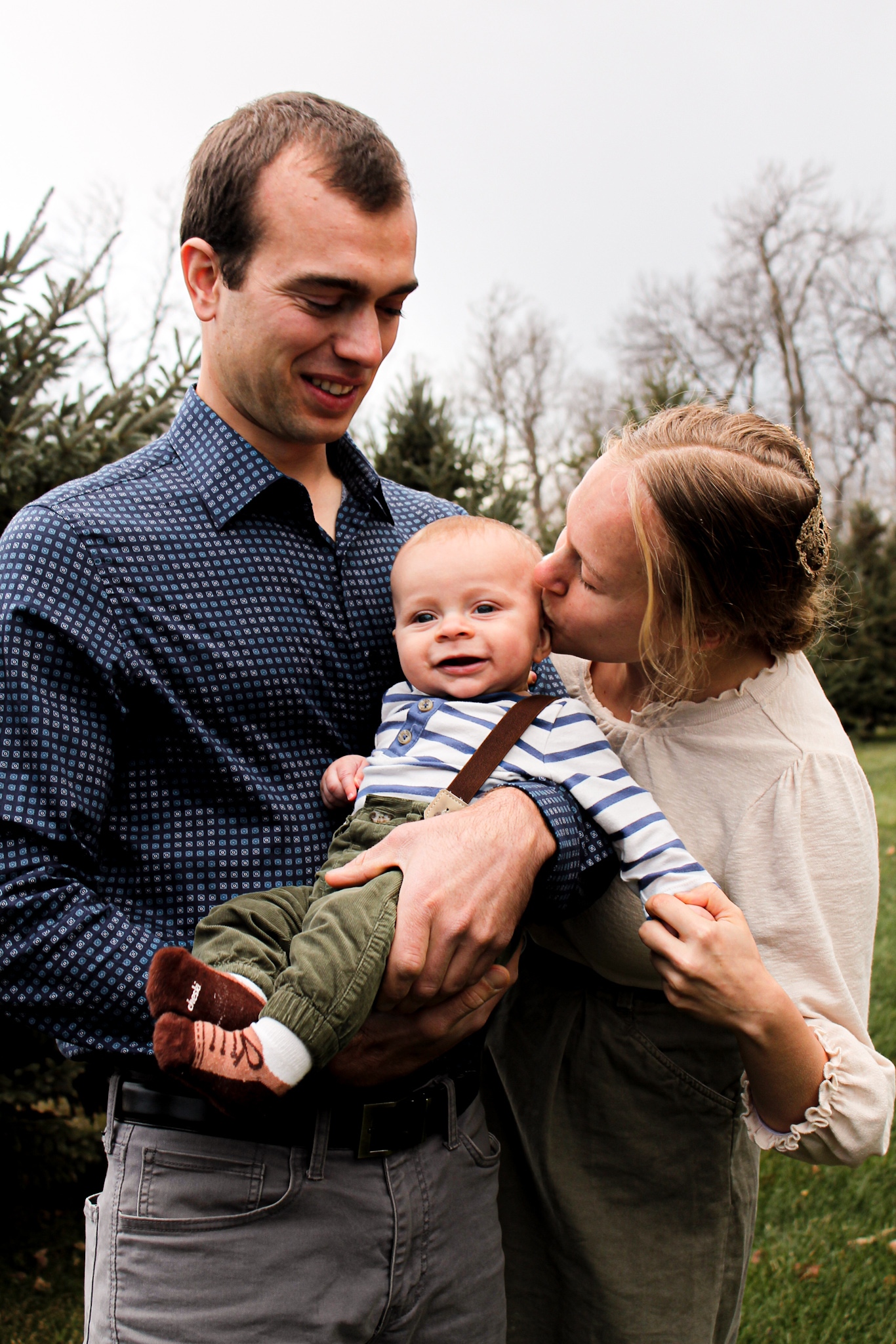