Baking treats and blazing trails. Chantiel Melson has opened up Knoxville’s first Black, LGBTQ, female-owned bakery called Yum Yum’s Patisserie. Chantiel says the community has been supportive from the very beginning, even as she opened up in the middle of the pandemic.

By partnering with Market Wagon, Chantiel is able to connect to a whole new batch of customers who are ready for mouthwatering, French-inspired pastries.

“People have become so much more supportive of minority-owned businesses, so that has actually helped propel us,” Chantiel said. 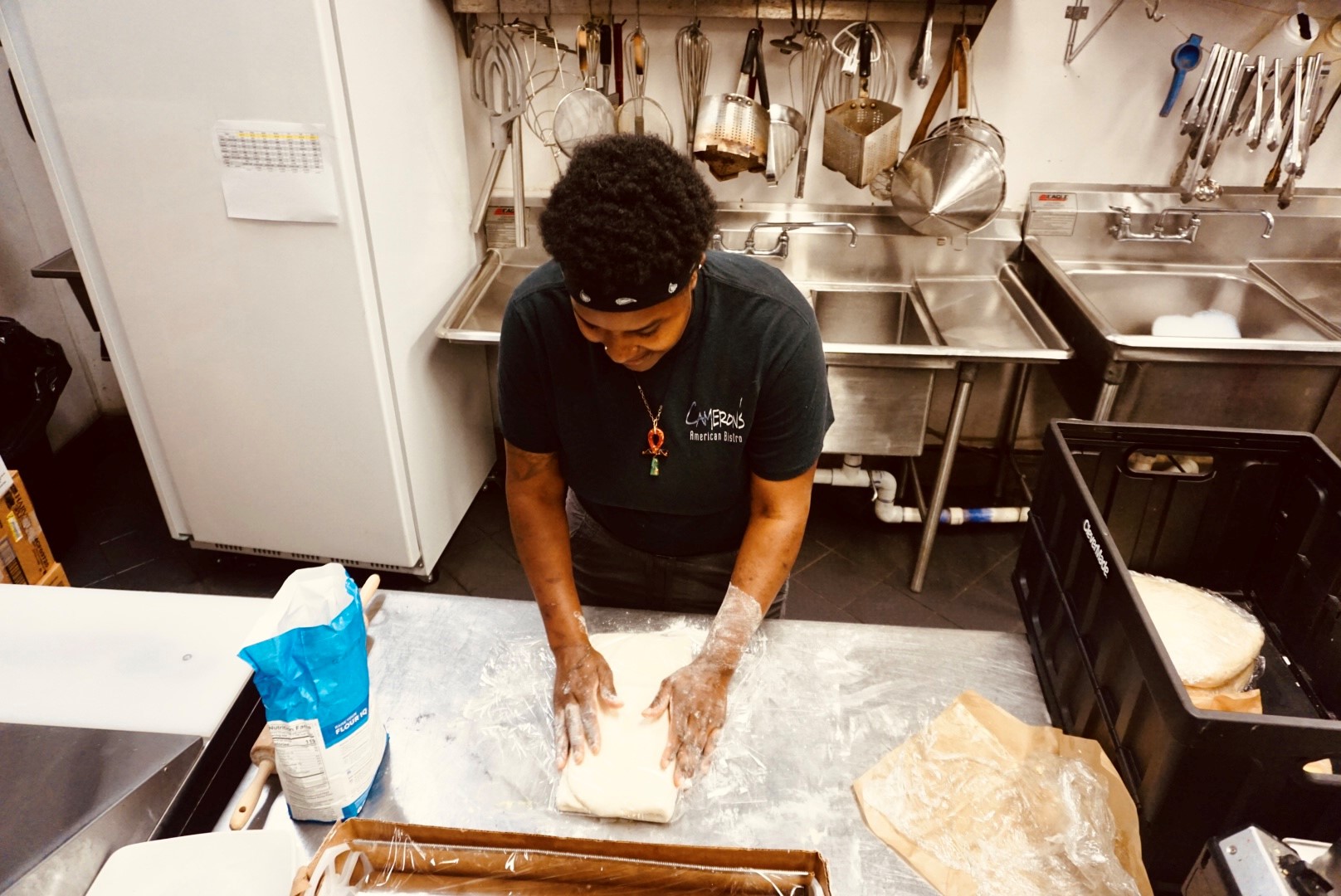 Chantiel and her partner, Alexis Hunter, moved back to Knoxville, Alexis’s home town, to be closer to family and friends in late 2019. It was that network that helped motivate Chantiel to take the leap to start a new business a few months later when the pandemic began. 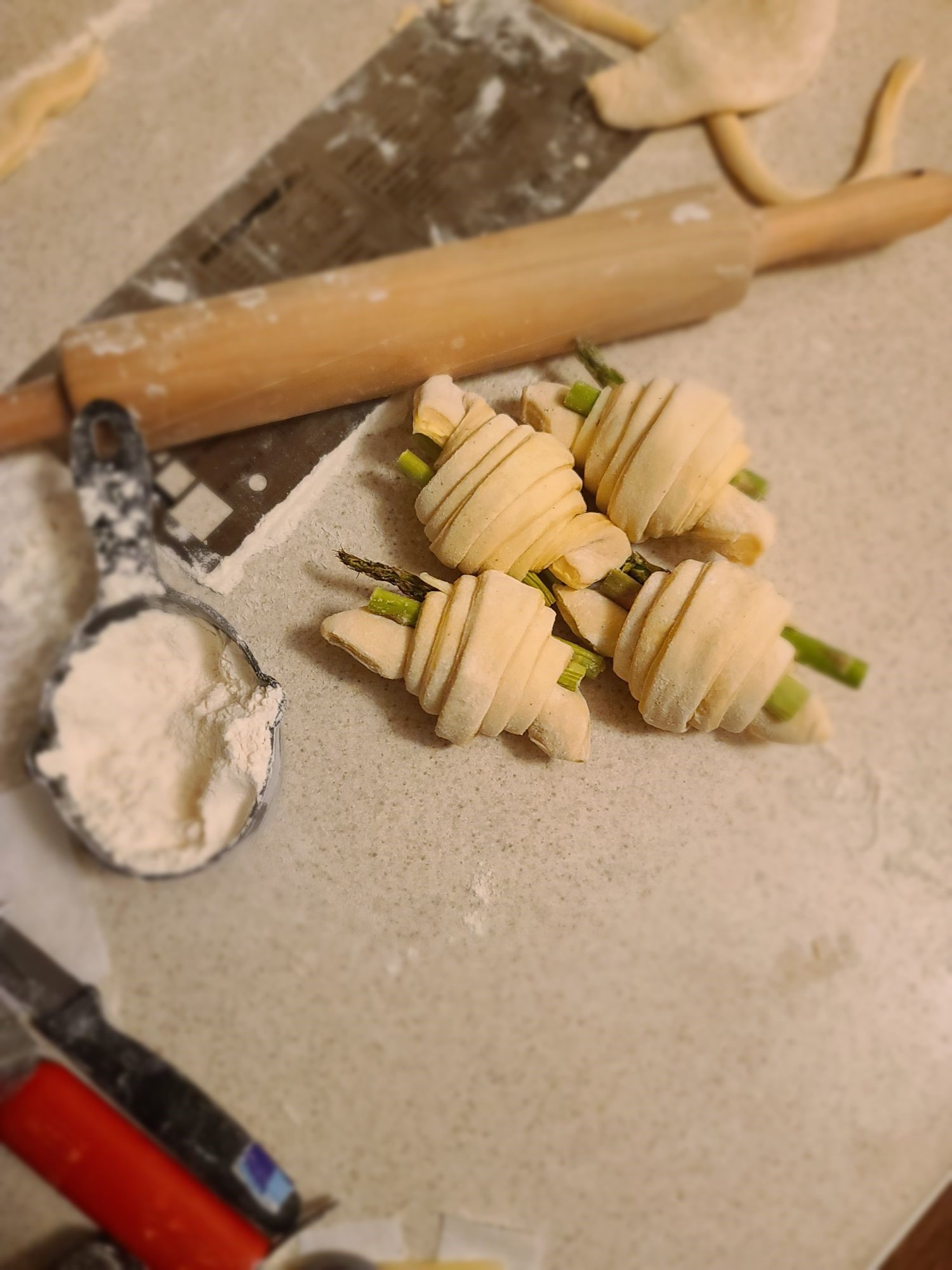 A restaurant chef by trade, Chantiel found herself at home looking for something to do with all the extra time on her hands. She started baking goodies for loved ones who loved everything she created.

As for the name, years ago, a friend declared that anything Chantiel made was yummy. He started calling her “Yum Yums” and so it seemed an appropriate name for the new venture. 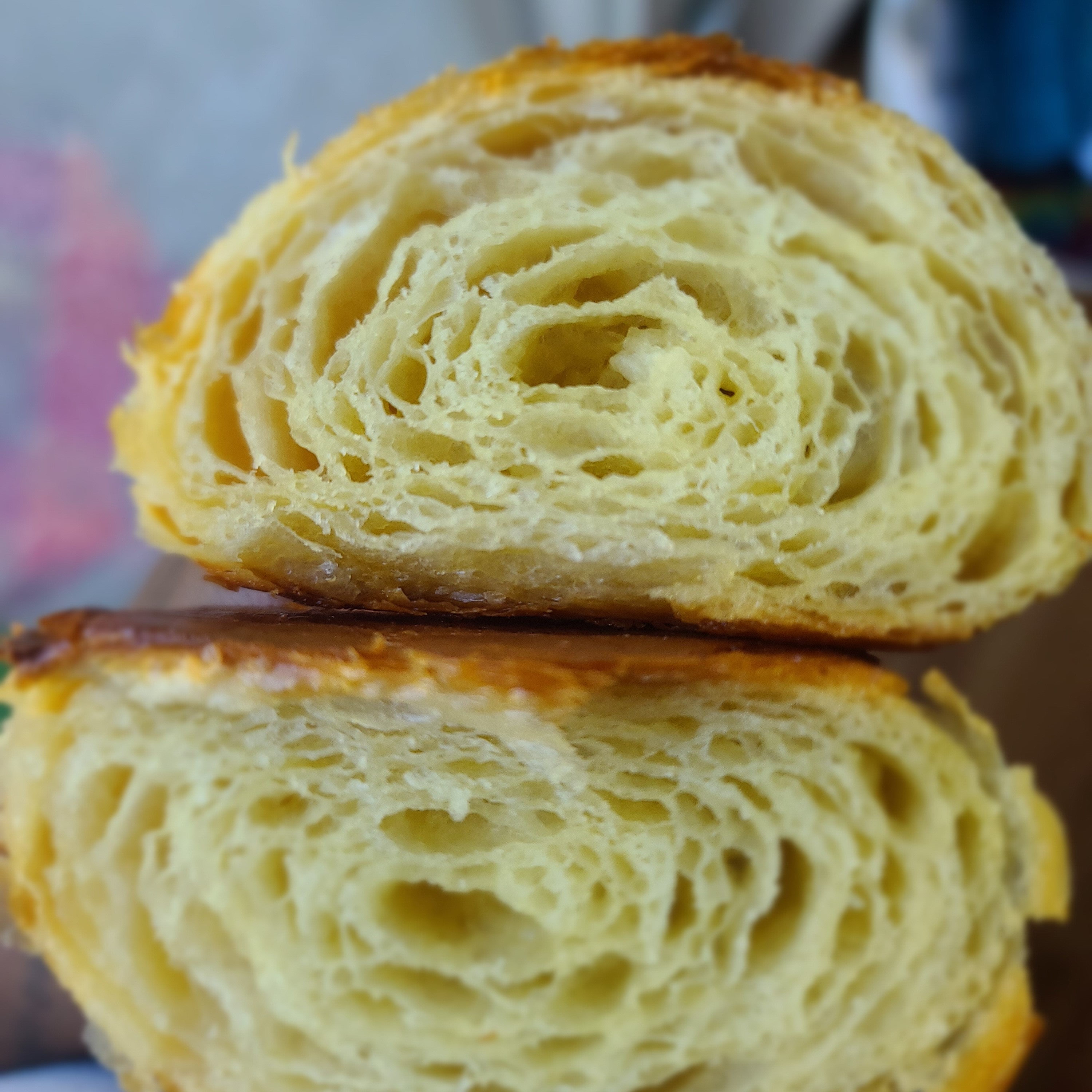 But Chantiel didn’t start as a pastry chef, or even in the restaurant business. She went to college thinking she’d become a lawyer before realizing her passion was in the kitchen, not the courtroom.

At 25, she went to culinary school. Almost a decade ago, while working at a country club, she was inspired by the creativity she saw from the people behind the pastries. Chantiel put more than 15 years into other people’s kitchens before being willing to take the plunge and start her own business. 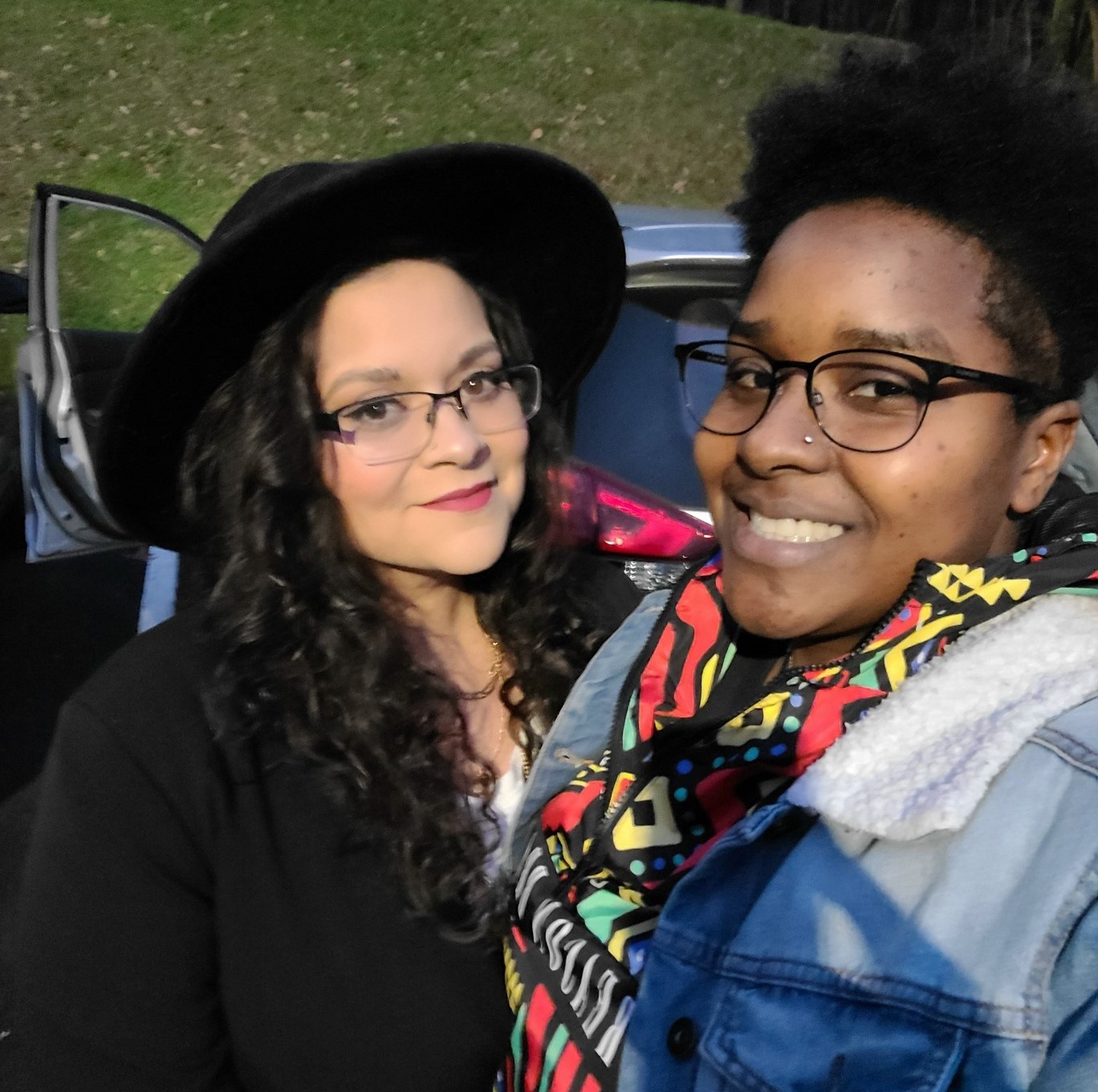 For now, Yum Yum’s Patisserie is just Chantiel and Alexis—whipping up breads, macarons, cookies, and pies. It’s a labor of love.

While they currently operate out of a rented commissary kitchen, Chantiel wants to be more than a bakery. She hopes to open a brick-and-mortar location soon—one that will be an inclusive space where anyone will feel welcome and be able to get something tasty.

“We want to be a part of whatever community that we’re in,” Chantiel said. 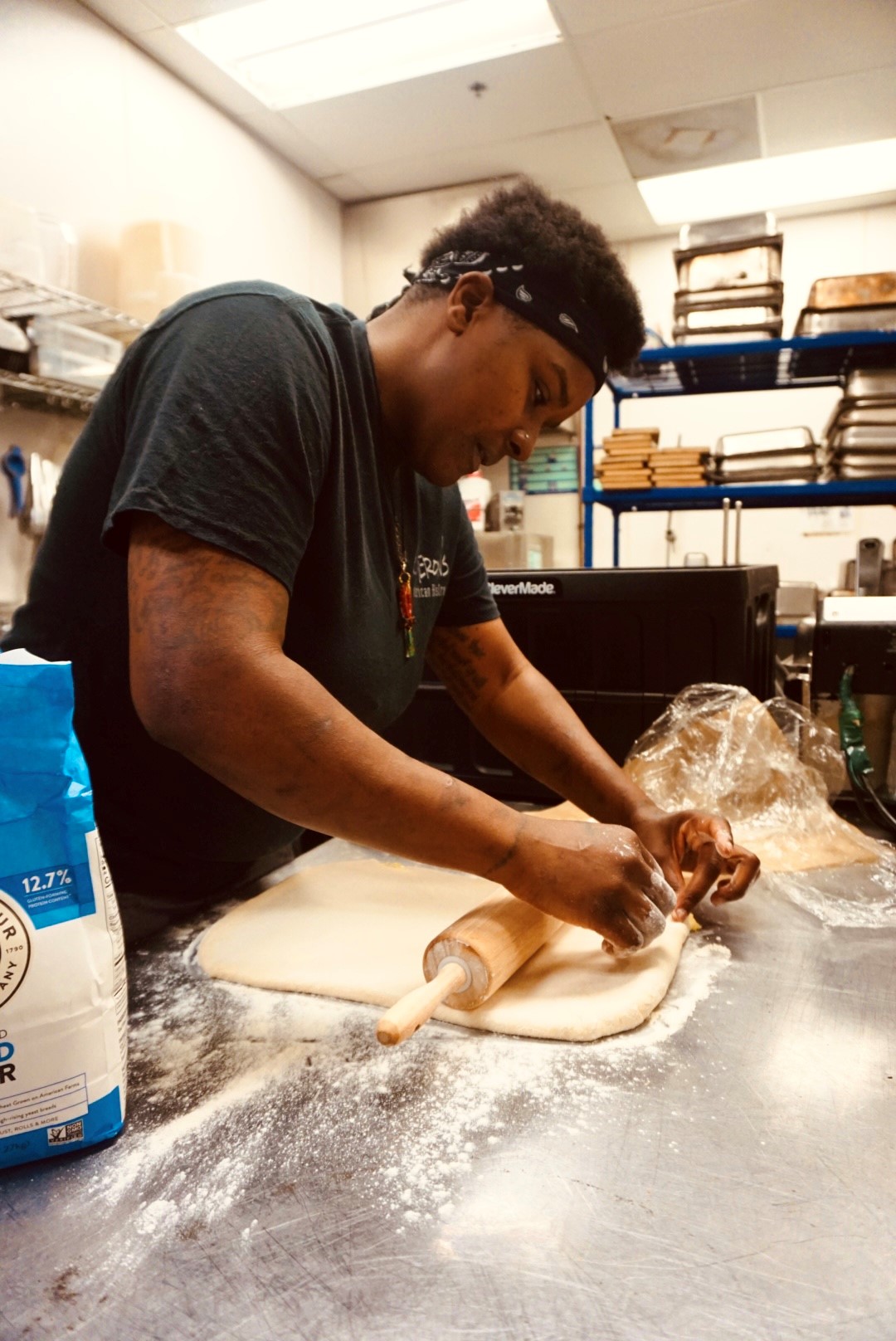 By working with Market Wagon and its online platform, Yum Yum’s Patisserie is able to reach a lot larger audience around Knoxville than just traditional farmers markets and pop-up events.

“It’s been amazing honestly,” Chantiel said. “I’ve even had loyal Market Wagon customers visit me at a pop-up event. Earning steady income and finding new customers with online sales is helping me achieve my dream.” 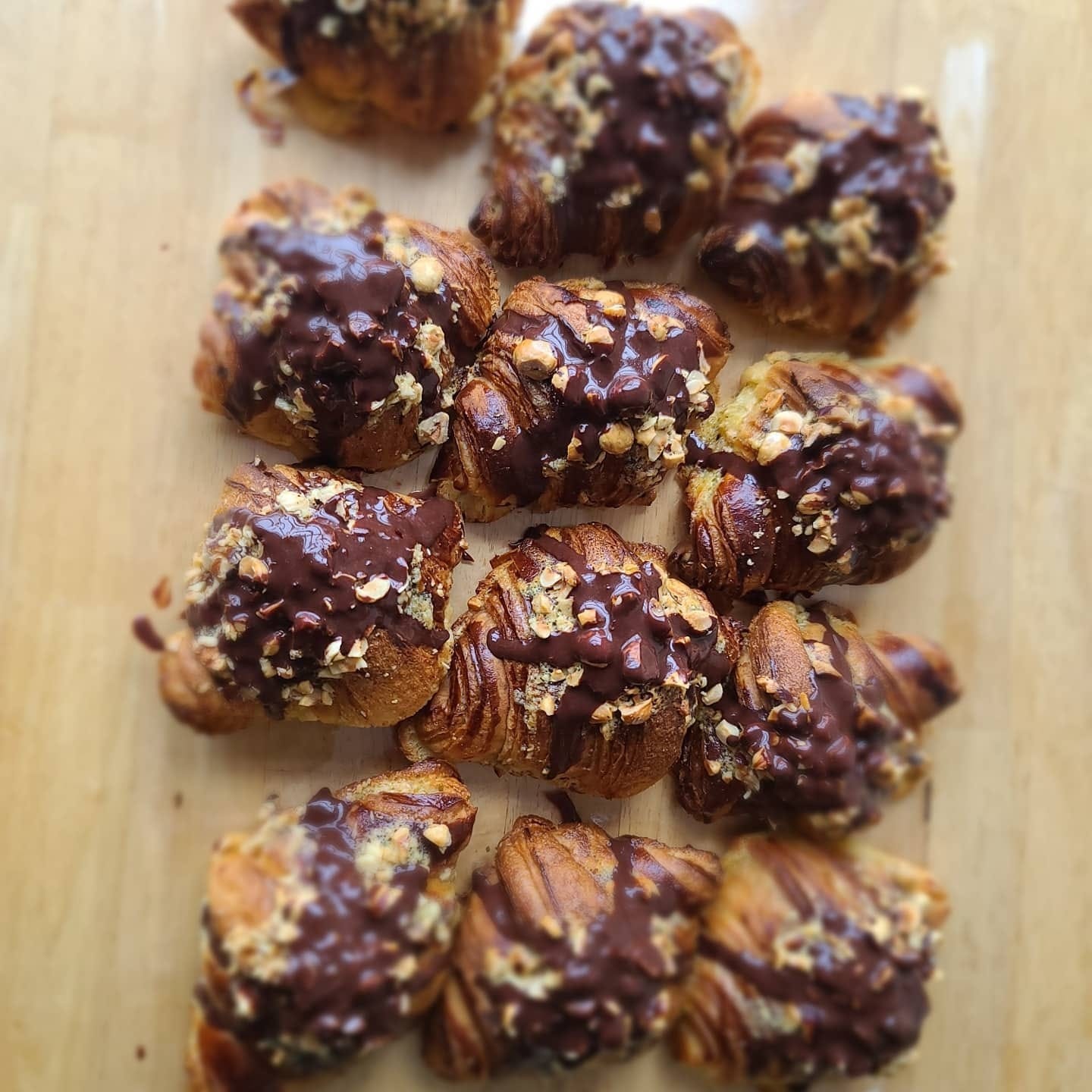 Starting her own business has been a journey, but Chantiel believes it’s worth every step. She encourages anyone who wants to follow a similar path to go for it. 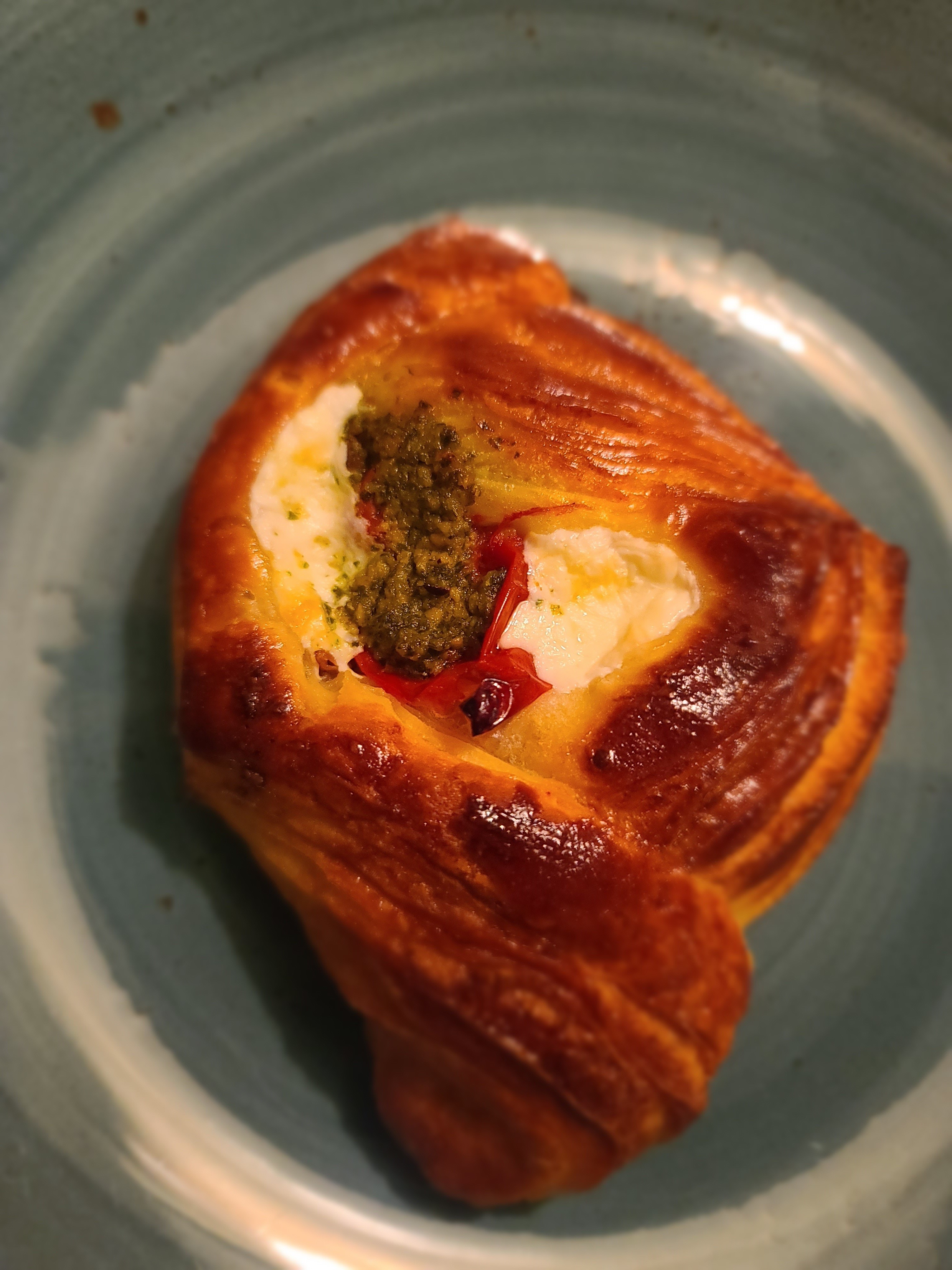 If you’re looking to try something from Yum Yum’s Patisserie, look no further than the hazelnut chocolate croissants which are her most popular on Market Wagon. But Chantiel’s absolute favorite offering are the creme brûlée sourdough doughnuts.

For those who prefer a savory start to their morning she also sells 6-packs of sourdough bagels. And coming very soon will be Yum Yum’s spring menu which will include some doughnut flavors inspired by the fruits of the season like blueberries and strawberries. 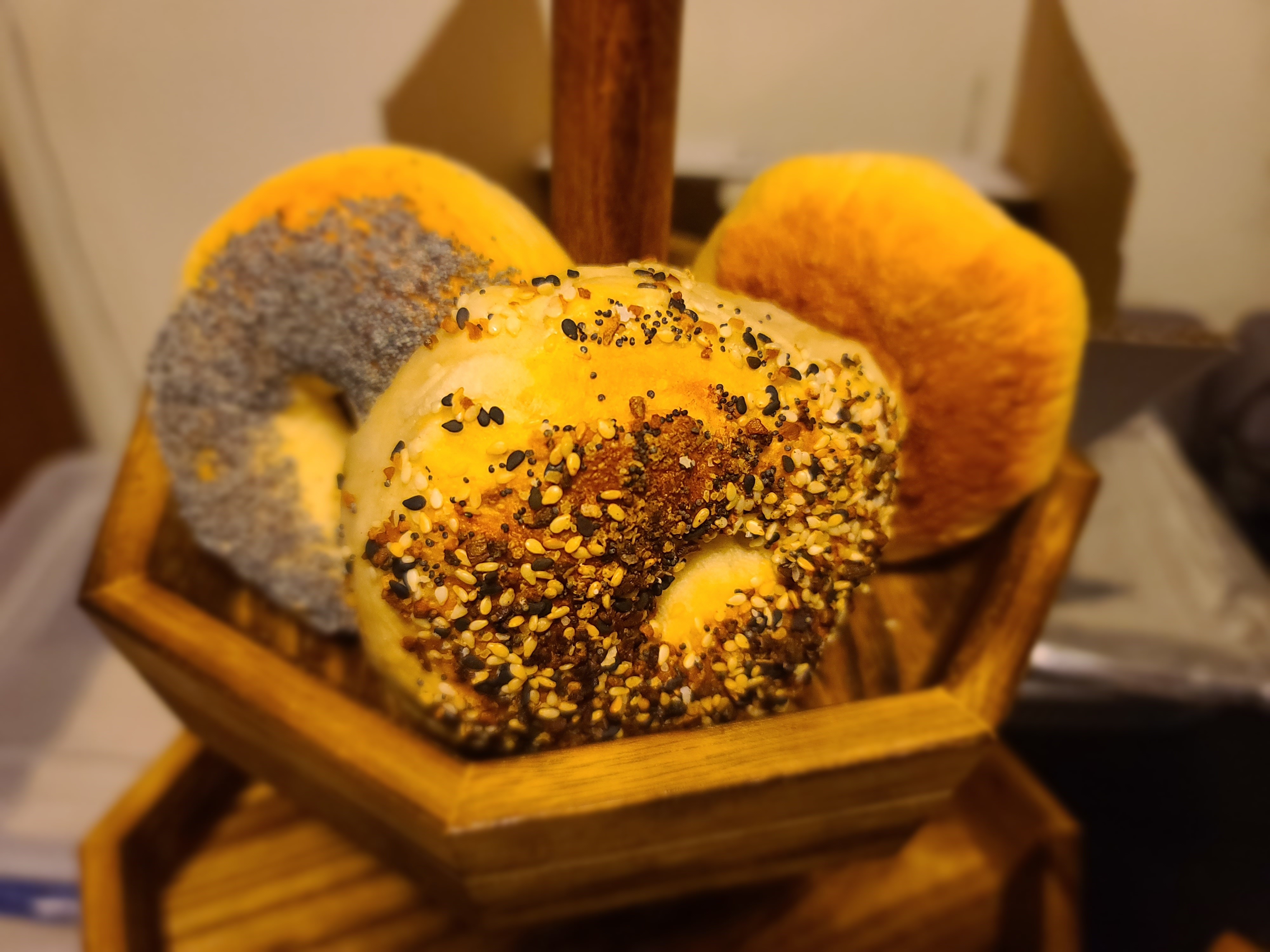